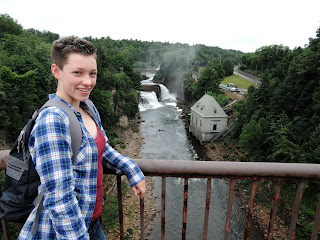 Hearing those two words, “summer vacation,” takes me straight back to my youth. The phrase still carries connotations of the two months between school ending and school beginning. It’s been forty-nine years since I experienced the last of those summer vacations. Since then, it has more properly meant the activities I undertook for a week or two or three during the summer when I was not working.

So few years of the first variety of summer vacation, so many of the second; and yet it is the former that still resonates.

Perhaps it’s because those dozen years of summer vacations shaped much of my life in ways that only became clear from a distance.

My love of long road trips was likely founded in the month-long trip I took with the Boy Scouts between ninth and tenth grades. We traveled from the Rochester, NY area to the Philmont Scout Ranch in New Mexico, meandering through the northern states. I first experienced the Great Plains and caught my first sights of the Rockies; I realized how big our country really is and how varied its topography and history. 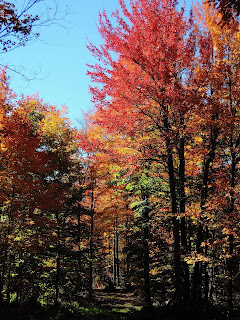 My yearning for inland lakes in north woods was certainly steeped from the experiences at our family cabin in Ontario’s “Cottage District” and the two weeks each summer I spent for a half-dozen years at Massawepie Boy Scout Camp in the Adirondack mountains. 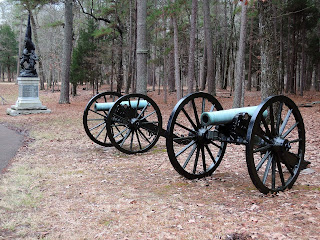 My desire to walk the land to understand events that occurred on it may have sprung from visiting Gettysburg. My parents allowed me to run the same route Confederate soldiers under the command of General Pickett charged in July 1863. I faced only distance and heat; they also faced cannon and musket fire so strong it leveled wheat fields and peach orchards.

This year, Jan and I took one of our grandchildren on a two-week road trip during her summer vacation. It’s her first long road trip, and we’ve mixed a bit of everything: foreign country (albeit Canada, but Quebec is French-speaking), cities and country, land and sea, touristy kitsch and off-the-beaten track rambles.

I wonder what seeds we planted. 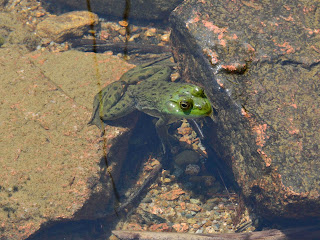 How about you? What long-term effects did your summer vacations have on you?
Posted by Jim Jackson at 12:00 AM

I used to spend a week by myself with my grandparents. It was great. They lived on a farm and raised corn and hogs. They also milked cows. I can still smell bread baking and taste freshly churned butter.

I love long road trips, and I credit the summer vacations of my early childhood - one year, my parents drove from Kansas to Oregon and down through California with three-year-old me. Though I don't have a lot of clear memories of that trip, I do have impressions - horseback riding at my great-uncle's, the first time I dipped my feet in the ocean.

One of my favorite road trip wove through Antietam, so I share your sense of quiet awe in those places. Awe is not the right word, perhaps. The battlefields are parks now, and peaceful. Nature has her way once again. But the cannons remain dark against the green, however alive it is. Thanks for sharing -- may the seeds you planted find fertile ground.

Jim, when I was growing up I only went on a few camping trips with my parents, however I lived in the country and was used to nature. When I got married, my husband and I started going on trips. Then when I was expecting my first child, my parents,and siblings still living at home, joined us. From then on we went on two week camping trips with pop-up campers throughout the eastern United States and into the mid west, too. We visited museums and historical places like Mount Vernon and other places in Washington D.C., Monticello, Shenandoah National Park, Gettysburg, the Smokey Mountains, and too many places to mention here. All this was done camping along the way, and with my four youngsters, too, even when they were babies. The only state in the east I've never visited was Rhode Island. Once with friends we traveled west and hit Missouri, parts of Texas, New Mexico, Arizona, Utah, where we rode mules and horses down Bryce Canyon, Rocky Mountain National Park and then headed home so our oldest son could make the Boy Scout Jamboree in western PA that year. That was the first time I saw the Grand Canyon. Pictures don't do it justice. It's the same with Yosemite National Park, the views from up high, and the Sequoia Grove have to be experienced in person. While on a Pacific Coast trip camping with my siblings, I saw the Dawn Redwoods for the first time. That was one of the most awe inspiring times. Now when I co to CA to visit my youngest daughter, it always includes a trip to the redwoods.

I have seen too many places that stay in my mind to list them all here, but like you, Jim,
I enjoy quiet places, which is why I live where I do, and now when I camp with my siblings or my youngest daughter, we camp in tents in forested areas, too.

Summer vacations at my grandparents' Cape Cod cottage. During my college summers I lived there and commuted to a restaurant kitchen job on my bike.

I used the same setting in a recent short story.

What a wonderful blog, Jim. I am super jealous of your Boy Scout trip. Wow. The furthest we got to go with Girl Scouts was the Delaware Water Gap where we camped for a summer. In a Girl Scout Camp.

What did your granddaughter think of Canada? That was my first foreign trip too. To Quebec. Where my mother had me go up the steps of Ste. Anne's on my knees. She walked alongside me having done the knee climb in her own first trip to Quebec as a child. That and the fact that my French was completely understood (my mother's maternal side were French Canadian) were the highlights of the trip.

You've given your granddaughter memories that will last a lifetime.

Julie -- To remember from age three is impressive and I give your parents great credit for schlepping a three-year old along on that trip.

Tina -- Antietam is a special place. I can see the "Sunken Road" and "Burnside's Bridge" in my mind.

Gloria -- You've had (and continue to have) some great family trips.

Margaret -- The Cape is a wonderful place, although I have to admit to liking it before and after tourist season quite a bit better!

Oh Kait -- you've reminded me of one of the many reasons I'm glad I wasn't brought up Catholic, although the year all the kids went through catechism was something of a horror because the priest was one of those hell and damnation types. However, when it comes to beautiful cathedrals, no one does it better and the ones in Montreal and Quebec City are especially interesting. Montreal was my granddaughter's favorite part of the trip.