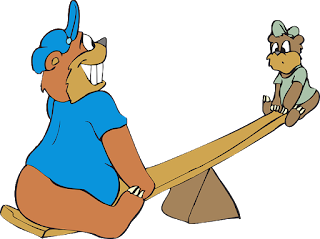 This year I am challenging myself to make a behavioral change. It won’t be easy, because I have sixty-five years of experience I’ll need to repress and I live in a society that takes a different approach from what I want for myself. I should say, what I think I want for myself.

I wish to give up making comparisons between myself and others.

I have spent my life doing just that or, just as troublesome, reacting to the comparisons others made about me.

As I think about my eighteen plus years of formal education, I only recall two courses (Psychology 101 and 102, Lafayette College 1968-1969) where the only thing that mattered to receive an “A” was whether I mastered the material and taught my rat all the tricks on the “to do” list. In that class if I passed all my tests and completed all my assignments, I earned an A. I could do the work when I wanted, as long as I had it completed before the end of the semester. Whether or not I mastered the material had no effect on anyone else’s grade. Nor did the speed or extent of their mastering the material affect how I was graded.

In every other class, I was compared with others. Some classes specifically incorporated a grade curve, making sure only those scoring the best (regardless of how good or bad that best was) would receive high marks.

Through the years, I inculcated that skill into my own thinking and eventually perverted it to this: how could I enjoy success when others had more?

I need to face the fact that I am not the best at any particular thing. Sure I may be at the 99.9 percentile for some things, but there is still that extra 0.1% who exceed my effort or ability. With lots of things, I am average, just average. I am below average in countless other things.

What is the big deal, you might be asking yourself about now? Let me give a recent example.

Last year I decided I wanted to run a half-marathon. Time was not part of the goal, although implicitly “run” meant moving at a pace faster than walking. And as part of reaching that goal, I needed to train without going overboard and hurting myself, thereby preventing myself from running the race. 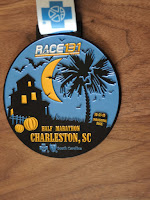 I succeeded. I earned my completion medal (pretty isn’t it?). Then a half hour or so after I crossed the finish line (and drank a celebratory beer), I noticed people checking with a young woman who had a computer. I discovered people were finding out what place they finished.

With the magic of available technology, my goal was no longer sufficient. I wanted to know how I compared with the other finishers. She provided me my various placements: where I placed overall, where I placed counting only men, where I placed with men between ages sixty-five and seventy. I earned a medal for the last category (pretty isn’t it?) because I was second. My immediate reaction was, were there only two of us? 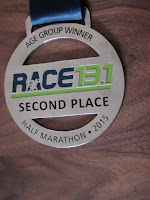 No, there were more, not very many, but more. Plus, (because you know, I had to check when all the results were available online) I beat out all but one of the guys 60-64! I started calculating: how many seconds per mile would I need to carve off in order to take first?

You see where I am going with this, right? For thirty glorious minutes, I had been very pleased because I trained to complete the 13.1 miles without killing myself, and I had accomplished that goal. As soon as I knew I could compare myself to others, my pleasure diminished.

My initial desire had nothing to do with others; it had only to do with me doing something I wanted to do. Then why did I compare myself to others, who had nothing to do with whether I had met my objective? Why indeed? I can make excuses. I can say I live in the kind of society that sets up these false comparisons, a society that makes finer and finer comparisons so we can all become winners. (And gives participations awards, because everyone who finishes is a winner!)

Fact: the winner of the New York City marathon finished his 26.2 miles faster than I finished my 13.1 miles. Yet there I was, calculating how much faster I would need to be to take all comers in my age bracket.

Would that my pathology was limited to half-marathon races. As an author, how much mental energy have I wasted wondering such things as how many books I would need to sell in the next hour to drive my ranking in Kindle Store/Kindle e-books/Mystery, Thriller & Suspense/Thrillers/Financial from 34 to 33?

It’s wasted effort; it’s wasted psychic energy; it takes away from my enjoyment, just because 33 other books in that narrow backwater of tranches ending in Financial are selling better than mine when it was selling its best. 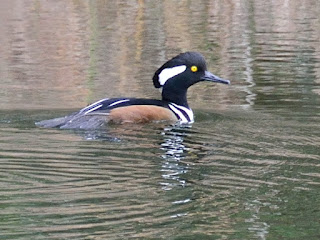 So here’s my challenge from me to me: Do what I do as well as I can. That’s it.

No one else can give me a meaningful reward for doing that; only I can reward myself by feeling good about my effort. What comes of that effort depends on everyone else, and that I cannot control. And if I can’t control it, there is no reason to tie my happiness and feeling of well-being to it.

Does that mean if I suddenly became a mega-selling novelist it has no meaning? No, it means I got lucky. I’d like that; I’d like that a lot, but I can’t affect luck other than to do the best I can in the first place.

Am I embracing this everyone gets a prize for showing up? No bleeping way. If I don’t bring my best and work to make it better, I should and will feel disappointed in myself. But if I do the best I can—now that is something to celebrate.

I’m looking forward to 2016, and I am going to work hard to short-circuit my comparison meter and enjoy fully the fruits of my labor.

High five and good attitude! There is a definite siren song to comparisons, and as in the mythology, giving in can lead to a shipwreck of contentment.

Thanks, Kait -- I wonder if they teach The Odyssey in school anymore.

when my husband runs the Flying Pig half-marathon (it's Cincinnati, there's a story) the response from our kids is "Good job, Dad. What was your time?"

My response is "Are you injured or can you drive yourself home?"

A good reminder that there's more to life. And congrats on the medals.

Margaret -- as a former Cincinnatian, I know all about the Flying Pig races. A few more hills than in Charleston, SC!

It's interesting what different perspectives and emotions we can bring to the same event and result.

Jim, you sound like my youngest brother who is a marathon runner who does the Boston and New York City marathons once he qualified for them after running numerous other ones. Although he usually does well, he's never quite satisfied.

As for me, I know I'll never be as good a writer as many big names, but I'm content with what I do even though I hope I improve with each book. I'm also content with having a small following who look forward to my next books. After the first few weeks after my first book came out, I've never even checked the comments on Amazon. As for comparing myself with others, I take the Garrison Keillor Lake Woebegon attitude, "It's good enough." It's not that I don't want to improve my writing, of course. More money in sales would be nice, but not necessary. I manage on my limited income because my needs and wants are simple.

As for comparing myself with others, I do tend to notice how many people my age and even
younger are not in as good shape as I am, and I'm not talking about looks in particular, I'm talking physical abilities. Their health and mobile ability is so much worse than mine.

Oh Gloria -- I hope to be as active as you when I get there -- and do folks know you still go camping?

Julie -- Most of us don't celebrate enough. We're on to the next thing. Big mistake I've made, for sure.

That is the problem, isn't it-- we're on to the next thing. Never fully believing we measure up. Something I'm gonna work on ...

I look at what others are doing with the intention of learning from them more than comparing myself to them.

For most of my life, I felt I didn't live up to the expectations of others. Then I found out I had a congenital heart defect that made keeping up physically difficult, if not impossible, and since then I've tried to give myself permission to create my own expectations for what I do, rather than looking to what others are doing.