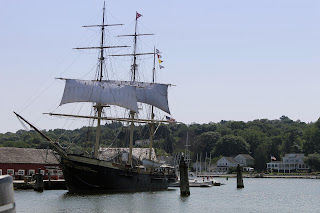 Two works of fiction are often cited as early examples of writing which inspired the development of fictional mystery writing. One is Voltaire’s Zadig. Presented as an ancient Arabic tale told in a Persian court, the author hoped to avoid re-incarceration for criticizing the powerful. He had been jailed twice before. Voltaire made no attempt at accuracy in the story, but used the façade to make thinly veiled comments about the society he lived in. In brief, Zadig, the hero, tried to live a virtuous life among the hypocrites, gossips and liars of Babylon. All of his efforts and his honesty repeatedly brought forth envy, lust, jealousy and other negative emotions in others. They plotted his demise. Zadig barely escaped execution by a variety of unlikely circumstances repeatedly. The church and legal hierarchy were lampooned along with the nobility, pretention and ignorance.

It is an interesting tale and it is well told. But what does this have to do with mystery fiction? In the interest of full disclosure I got so caught up in the writing that I had read reviews to find the answer. As part of his attempt to live according to teachings of the book of Zoroaster, Zadig studied nature and his environment. He acquired knowledge that others did not possess. As always in the tale, using his knowledge in an honest fashion gets him in serious trouble. Two beloved animals escaped from the palace.  Searchers asked Zadig if he had seen them. The hero described the animals and then said he had never seen them and did not know they existed until he was questioned. The listeners reacted like evil Dr. Watsons. Not knowing how the hero knew what he knew. They assumed Zadig had stolen the animals and prepared to execute him. Only after the animals were found would they listen to his explanation that signs of their passing through the natural environment gave in him information about them.  He could then reasonably estimate their size and appearance.

Zadig used deductive reasoning ala Sherlock Holmes, which is a mainstay of mystery fiction.
Benito Cereno by Herman Melville is the other work cited as inspiring mystery writers. The story about a slave ship was published in 1855 when slave ships were relatively common. I found it difficult to imagine that situation.

With this work, I quickly became aware of the technique used and reused and re-reused. In Melville’s story a ship’s captain, Amasa Delano, saw another vessel, which was drifting toward danger even though he could see people aboard the ship. The captain boarded the ship and discovered it has a cargo of slaves who roamed around the ship freely. The slaves did not know how to sail the ship. There were too few sailors to control the ship. There was no officer aboard except for the captain, Benito Cereno, who was constantly attended by his personal slave, Babo. Cereno said many men were lost due to a disaster.

Delano supplied water and food. He had his men set the sails. Delano observed odd behavior on the part of Cereno and the others on board. He wondered if things on the ship were not what they appeared to be, but then, his trusting nature made him distrust his suspicions. Delano saw another oddity, but ignored his reaction. Etcetera, so forth, so on, and on and on and … You get the idea. The story moved agonizingly slowly. The reader knew something was wrong long before the blockhead of a captain did. In fact Delano never figured it out. He had to be told. To be fair, the point was made in the story that if he had reacted with suspicion, he would have been immediately murdered. Although I knew something was wrong, I did not guess exactly what. In the interest of full disclosure I skimmed much of the story and had to force myself to keep going.

Nevertheless, the concept of building suspense incrementally and giving clues one at a time did become part of standard storytelling in mystery writing.

I always find it interesting to examine the earliest signs of whatever has developed.

Have you ever backtracked an interest to its earliest appearance?  If so, what did you discover?
Posted by Warren Bull at 12:00 AM

You mention that some writers used the cover of history to present unpopular ideas. I use history to teach. I know that you do, too. Maybe those aims are not so different.
Nice blog.

Very often historical mysteries are actually social and political commentaries. It's a wonderful genre that challenges the thinking mind.

Thanks for doing the research. While I don't think I will rush out and get these two novels, it is interesting to read about them.

I think a lot of today's novels, mysteries included, have a social commentary component. I know my Jesse Damon stories do.

Warren, interesting research. Like KM, I won't read those novels, either - too many still to
be read books on my shelf, but it's nice to read a brief synopsis here.

I also agree that lots of mysteries include a social theme to them to some extent. I do that with each book having a different one. Not blatant in your face, but more subtle.

Historical fiction and mysteries of all sorts allow authors to address social issues. Simply describing the reality of past or current social realities provides readers with an opportunity to learn about issues they may not be aware of.

Benito Cereno! Haven't thought about it since high school. I like going back to the Greek myths that inspire certain plots or characters. The Players Come Again, Amanda Cross (Carolyn Heilbrun) is a Kate Fansler mystery about a modernist writer and the companion novel his wife secretly wrote, both based on the legend of Theseus battling the minotaur in the labyrinth, with the help of the king's daughter Ariadne.

I like addressing social issues in what I write.

Interesting stuff, Warren. Thanks for the history/literature lesson.