In post–World War I England, Lady Phoebe Renshaw and her lady’s maid,
Eva Huntford, step outside of their social roles and put their lives at risk
to apprehend a vicious killer…
http://www.alyssamaxwell.com/#!ladys-maid-books/c1dlr 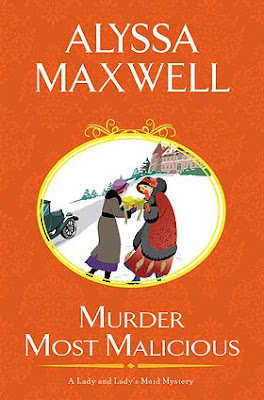 I interviewed Alyssa Maxwell last year after reading her Gilded Newport Mysteries, set in the Rhode Island town at the beginning of the twentieth century. Her main character in this series was a likable young woman possessing pluck. When I heard Alyssa was starting a new “A Lady and Lady’s Maid Mystery” series I wasn’t sure what to expect.

I’m not a big historical reader, but I liked Alyssa’s writing and was curious. The first book in the series, Murder Most Malicious, trashed my notion of a dry manor-house mystery. Once you read the interview, you’ll understand. I hope you’ll read the book. Move over Maisie Dobbs!

Thank you so much, I’m honored to be back!

Your new series is set in the years following the First World War. What drew you to write about that time?

In a word, CHANGE. WWI clearly marks the end of the old, traditional world and the beginning of the modern era. As they say about the war itself, “They rode in on horses and left in aeroplanes.” But it wasn’t only about modern inventions and conveniences. English society itself changed dramatically by the end of the war and kept on changing throughout the twentieth century. Prior to the war, class divisions were rigidly defined, with the notion ingrained in all that some people were simply born better than others. But in the trenches, aristocratic officers died just as horrifically as common-born foot soldiers. And while the men were fighting, young women, heretofore restricted to the home unless suitably chaperoned, were needed to fill the labor gap in occupations never before considered proper for “the weaker sex”. This led to women earning their own money and getting their first true taste of independence. For many there was no going back, partly by choice, but also because “a generation of men were lost to the war,” and for many young women, there would be no husbands. All of this created a climate of progress and change that makes the post war years both exciting and challenging – because people had to relearn their roles in society and change their thinking and ways of living.

The Gilded Newport series is set in the US. This one is set in England, where the social status and stratum were more defined. How did WWI change social conduct?

As I mentioned above, for the first time in history, really, women were free to move about in society independently. Suddenly women were going to the picture shows, restaurants, and dance halls and meeting men without prior introductions, and without the supervision of their families. Women over thirty who were married and/or owned property won the right to vote in 1918. Working outside the home brought about a rise in hem lengths to enable women to move about more freely. Steel was needed for the war effort in munitions factories, so it was no longer as readily available for use in corsets (yes, true!), and this gave rise to the modern brassiere. Finally, women were no longer caged within their own attire. Class distinctions still existed, as did different standards for men vs. women, but the lines became more blurred and society a tad more forgiving.

Honestly, I can’t answer that question. But remember, in 1918 only women over thirty who were married and/or owned property could vote. It would take another 10 years for women’s Suffrage to include all women over 21. In America, on the other hand, all women won the right to vote in 1920.

Each woman has lost male family members. Did the high casualties of the male soldiers help the women’s cause?

Yes and no. The war created huge gaps in the labor force which opened up opportunities for women. But after the war, many of these women were expected to relinquish their jobs to returning soldiers and return home. A traditionalist segment of English society still considered the working woman an anomaly, and believed no woman could truly be happy without a husband and children to take care of. Never mind that the number of men who died meant that many women would never find husbands. The media cruelly dubbed them “surplus women” and treated them with very little sympathy. Some women were able to find meaning in their single lives, but others, affected by the biases, were never truly happy. 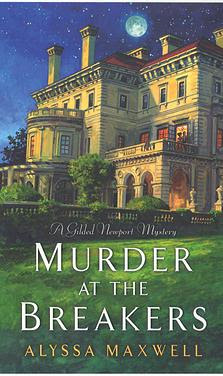 You’ve created two delightful, hardworking, and complex main characters. I can see parallels between the women, but you’ve also balanced them. Were there any historical figures you used as character prototypes?

No, I can’t say that I based them on any historical figures, but rather on what I read about the class system and the “line” that was never supposed to be crossed between employer and servant. Eva truly does believe she can never be Phoebe’s equal. This class distinction has been ingrained in her, and she doesn’t necessarily see it as a bad thing. It’s just life, and she’s grateful for her position and the advantages it brings her. We have to leave behind our modern sensibilities and view it from her perspective. She’s the daughter of poor farmers, so her situation could have been much worse. Phoebe, on the other hand, sees people in much more equal terms, but it makes sense for her to do so. Motherless from a young age, and then suffering the loss of her father during the war, she’s had to grow up quickly and adapt to changing circumstances. Being young, only 19 in the first book, allows her the flexibility to view the world from different perspectives, and the one that pleases her most is one in which people are allowed to achieve according to their abilities and goals, rather than birthright.

Phoebe and Eva’s behavior patterns were very different. Was it a challenge writing an upstairs versus a downstairs character?

It was actually a lot of fun, and I can’t decide which I enjoyed more, writing the family upstairs with their petty dramas and problems, or the servants below, who led much tougher lives but possessed the resiliency to perservere.

Even though Phoebe and Eva have an employer/employee relationship, they seem the best of friends—but society won’t stand for it. Does the distinction help or hinder their investigation?

What it does is allows them to be in two places at once. Phoebe can’t very well start hanging around downstairs asking questions. Servants are always supposed to be on their best behavior around the family, and that isn’t conducive to opening up and confiding in her. But with Eva, they’re much more relaxed and willing to chat. Likewise, Eva could never question the “toffs” upstairs. Such impertinence would cost her her job. As far as their friendship goes, Phoebe is much more accepting of the idea. It’s Eva who has trouble crossing that invisible line and overstepping her bounds. She’s all about respect and loyalty. She feels an almost motherly devotion to Phoebe, but doesn’t see herself as Phoebe’s social equal.

Let’s not mince words. Fox is a brat! As Viscount Foxwood and his grandfather’s heir, he’s full of himself and thinks he can do no wrong. Despite his youth, Fox has bought into the old ways of doing things, including marrying his sisters off so he won’t have to support them once he inherits. Phoebe thinks he needs taking down a peg or two, and I agree.

Phoebe has an older sister, Julia, with whom she isn’t close. Julia is an intriguing enigma. Are the two sisters different or is it just their methods that are different? Is age order a factor?

Poor Julia is caught between the old world and the new. She should have been married by now, but the war interrupted such things, and now she’s more or less adrift. She knows what she wants in a man—she just can’t find him. That, and the losses she has suffered, i.e., her parents, have made her extremely defensive and closed off from others. She’s not all bad, but she sometimes appears to be, especially when Phoebe tries to get close to her. But Julia is her own worst enemy. I occasionally allow her to soften, but only slightly, and before she becomes truly vulnerable, she ices over again.

How did the new series come about? Did you propose it to Kensington?

I knew my editor was hoping to see something along the lines of Downton Abbey with a mystery twist. And I thought, why not? I’m a huge fan of that series, and also the original Upstairs Downstairs, so this was pure fun to develop.

Did you travel to England for research?

I visited England years ago but not again since, although I have made trips to Scotland and Ireland as well. I would love nothing more than to go back for some first-hand research. We’ll see.

What’s next for Eva and Phoebe?

Phoebe and Eva will be teaming up again in the spring of 1919 to discover who murdered the headmistress of the nearby Haverleigh School for Young Ladies, where the youngest Renshaw sister, Amelia, attends. The book is called A PINCH OF POISON. Can you guess how the victim dies? We’ll also be seeing more of Owen Seabright and Constable Miles Brannock, along with the Renshaw family, in that story. 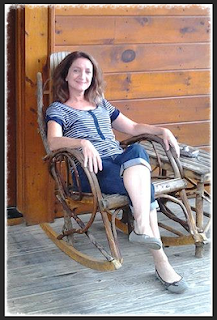 What a wonderful, yeasty, period to write about. WWI was the dividing line between horse and modern in so many ways. Gender roles, society, and technology were all in a state of flux. A fascinating time. Can't wait to dig in.

It sounds like you've done your research and been able to develop a sympathetic understanding of various social classes. This sounds like it's a great series.

I am a fan of Downton Abbey and just returned from a visit to gilded Newport, so sign me up for your books, Alyssa! What a fascinating time period and a rich source for your fiction. I'm looking forward to this new series.

Alyssa, I loved your Gilded Newport Mysteries, and I also love the Maisie Dobb mysteries and Downton Abby, so I'm sure I will love your new series, too. And, of course, there's always the Dorothy Sayers mysteries, too. A good period to write about.

I enjoyed reading your book, Alyssa. The history reminds me of what we take for granted. Our rights have been hard won. Sexism, racism, etc., persist and are ingrained by each generation. But the fact is it still exists.

My husband, a building contractor, works with a woman architect. On the jobsite, he trails behind her because the workers harass her, which is especially ignorant since she's the boss. She hired their companies, but they are so ignorant they don't understand that a woman could have that authority. He fears for her safety, but if not for her--they wouldn't have jobs. How convoluted it that?

Thank you all for reading and commenting, and thank you, EB, for such insightful questions. I enjoyed answering them very much. Yes, this is a fascinating and rich time in history, and I'm excited to be able to keep exploring it - there's always something new to learn. After all, it's the beginning of women being able to take their rightful place in society and the workforce. But as you point out, EB, we're not quite there yet. It amazes me that gender biases persist and yes, it's a sign of ignorance and of fear - fear of losing control I believe. Which all means women have to keep striding forward through determination and through education. You can't keep an educated person down for long.