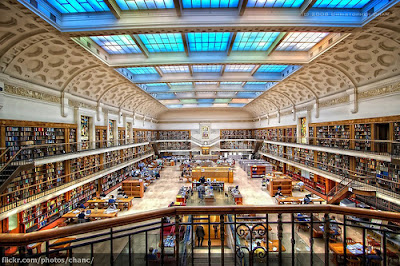 Countries around the globe have quite properly admired and respected the United States for several things. Two, in particular, have long been the envy of other nations and the sustenance of our writers—our postal system and our public library system. Since the Reagan years, we have worked hard at downgrading the quality of the U.S. postal system, which was once the world’s finest. Now, there are proposals under consideration in Congress that will virtually destroy it, but that’s another blog. I’ll take up the postal service next Saturday. Today I’m talking about our glorious public library system and the threats it faces. 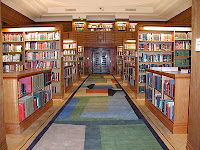 The day hardly passes without a news story or an alert from some writer friend on Facebook or Twitter of another library branch closing or library system cutting hours, days, and/or staff. Throughout California, the public libraries are under siege. The New York City Public Library, world-famous, is in deficit. In all the states between these two, the same story in differing severity is evident.

This situation truly hit home when a local library system, the Johnson County Library, announced the possible closing of three branches, including the small one where my Sisters in Crime branch, Border Crimes, holds its popular book dissection and writers writing groups.

Cedar Roe Library is a quiet but busy library in a working-class neighborhood in Kansas City. Faced with severe budget cuts, the Johnson County Library gave a range of options that all weighed heavily on Cedar Roe and two other small library branches. The best of outcomes would see each of the three libraries losing 27 hours per week. The most extreme would see each of them closed.


Public libraries are the heart’s blood of communities. They offer paper books, e-books, audiobooks, CDs, movies, and art for patrons to check out, and computers, copiers, and wireless internet for use in the library. They offer classes of all sorts and levels and groups gathered around all kinds of books and movies. They also offer quiet table space, that boon to studious schoolchildren and hardworking writers. 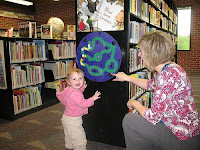 Again and again, I have read interviews with writers in which they speak of the library’s importance in their lives as children and as they’ve grown to adulthood. Again and again, my writer friends and I have told each other about the pivotal role libraries played in our becoming writers. For many children in destructive and abusive homes, as mine was, the library was the sanctuary, the safe place.

The free public library was one of America’s best inventions and one of the keystones of our democracy—for democracy requires a literate citizenry who have access to information on the history and the current issues at stake in that society. Why would we ever want to put this gem of an informational, educational system in jeopardy?

The Cedar Roe Library received a reprieve after citizen protests. Its hours will be cut, but it will remain open. For now. Libraries all over the country are in danger. We citizens who value them must step up to the plate and speak up about their value and necessity—before we lose them altogether.

What have been your experiences with public libraries? And how is your library system surviving this modern crunch?

I can't imagine life without a library. Libraries should be considered a part of education. Everyone in my area votes and approves every action set forth by the school board. I hope the voters in these areas realize how important libraries are and that they are limiting their own power in our society by shutting off the flow of information and research capabilities. Not everything is on the Internet!

When a small town library was scheduled to close in England patrons descended upon it and checked out every single book in protest. The library remains open.

EB, You're so lucky that everyone in your area sees the value of libraries! There are a lot of politicians and demagogues (isn't that redundant?) out there who claim that libraries could be run by volunteers or that no one needs a library because of the internet.

Warren, I love your story! I think this is what we should do all over the country--start checking out as many books as we can to show how much the libraries mean to us.

The libraries in my area cut their hours, but we're still lucky to have them. Not only do we have the Warren-Trumbull County Public Library with 5 branches, but we also have 6 independent local libraries that share services. This is not a major metropolitan area, either. The bookmobile still is on the road, too. Our libraries are always busy.

Last year the Newton Falls Public Library, one of the independents I use the most, won a Sisters in Crime grant for $1000. I had brought the Sinc grant to one of the librarians I know well, and she applied for it. We were both happy when she won last August's grant.

Since I belong to two book clubs, I really appreciate having libraries to go to if a book is picked that I don't already have.
It's either that or Amazon or a used book store since Borders closed.

Yes, Gloria, we feel lucky to still have Cedar Roe Library, too, even with cut hours. Libraries often play a pivotal role in the lives of small-town or rural communities and inner-city communities. Unfortunately, both those types of libraries are often the first ones cut.