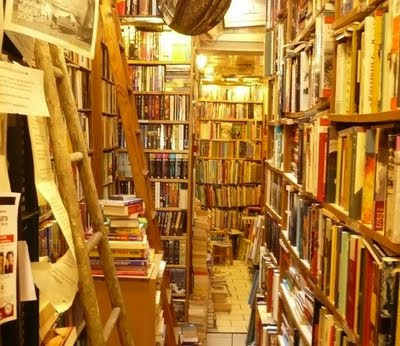 Interview with a New Zealand Bookshop Manager
Before I travelled to New Zealand I corresponded with a few authors and did not bring their books with me, foolishly thinking I could buy books by New Zealand authors in New Zealand.
Once I arrived in Auckland I went to the airport bookstore hoping to find something by the authors I had corresponded with but — no joy. There were science fiction, fantasy, romance and mystery books along with general fiction, but with few exceptions, mostly of travel books and maps, I might have been in an American bookstore where some mischievous employee had gone around doubling or tripling the price tags.
I tried a number of private bookshops in Christchurch and found limited sections of books by New Zealand authors and the authors I was familiar with in the states.
Next I tried at the University Bookshop, Canterbury Limited, (UBS) on the University of Canterbury campus. There was a section for New Zealand authors, textbooks for courses, children’s and young adult fiction as well as all genres of fiction. Several visits later, and between semesters, I worked up the nerve to talk to the manager, Gillian Newman, who graciously took the time to set me aright even though she had an upcoming sale to prepare for.
When I mentioned that books seemed relatively expensive she explained that the store had to pay a 15% import tax on all goods from overseas in addition to shipping costs. She also explained that, although there are many New Zealand publishers, national readership is relatively small in comparison to countries with larger populations which means publishers have short printing runs and relatively more expensive in production.
She said many successful national authors publish with foreign publishers to generate more sales so their books have higher prices in New Zealand. She pointed out that the shop has more national authors available than most shops and pointed out some award-winning children’s authors from their relatively large children’s section.
Ms. Newman said that the shop was co-owned in part by the student association but financially not associated with the university. She said students could often buy books on line or in the form of e-books for less than they could in the shop so buying books for the shop is tricky.
Thanks to Gillian Newman for her patience and kindness in answering questions. I thought readers might be interested in the bookshop trade here.
Posted by Warren Bull at 12:01 AM

Also worth noting that many Kiwis can buy paperbacks etc direct from overseas via online sites such as Amazon (where there is a delivery charge) or UK based Book Depository which has free worldwide delivery Also individuals do not pay import tax or sales tax in the country the book is being exported from. Bookstores will inevitably have a hard time competing with that!

The sounds very much like the insurance industry controlling the practice of medicine. We've seen the demise of independent bookstores in the U.S., I can't imagine with the additional cost of paper books that few New Zealand bookstores will survive when ebooks are the obvious solution. What a shame...

On almost every trip, I make it a point to visit a bookstore. I Ho Hum through clothing stores when with my daughter, fidgeting the whole time, and don't browse with much enthusiasm through gift shops with my sisters, but oh how I love the bookstores we come across. Fortunately, my sisters are readers and enjoy them, too.

Like E.B. said, I'm so sad to see the disappearance of independent book stores and Borders, too, although used bookstores are still around.

I don't think there's any way writers can reverse the trend. Many of the bookstores they loved can no longer compete with online book purchasing sources.

I know libraries that stay in business with targeted groups of readers. Librarians draw attention to recently published books and specific authors.

Children are conditioned to look on line for what they want first. It saves parents driving around and paying for gas. If writers want to keep reaching an audience, I think we need to encourage the love of stories in school children who are being taught to find progress in science and technology.

Thank you for pointing that out. You are absolutely correct.

EB, In another interview I talked to a used bookstore owner who thought he would be out of business in a decade or so.

Yes, I now try to support Barnes & Nobel as well as my local store.

Harry Potter turned a lot of children onto reading, even boys who thought it was not cool to read

Everyone who comes to New Zealand (and sometimes Australia too) is gobsmacked at the prices of our books. Yes, I publish overseas and buy most books online. Has to be a special author and a special book to persuade me to open my wallet in an NZ (or Oz) bookstore.

I talked with a number of writers all of whom found it easier to publish overseas. They also talked about the pressure they felt to produce a book that cost $40 to buy.

Warren, thanks for this. Do you think the state of books and writers in New Zealand is a view of the future for the US? We seem to be going the opposite direction--99 cents rather than $40 per book.