When my city fell down 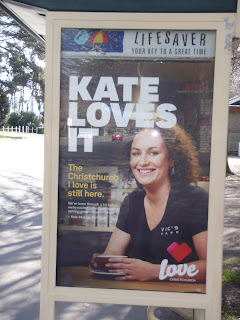 “When my city fell down.”

Since we have arrived in New Zealand we have been struck by the never-give-up attitude of the people of Christchurch. Although the news coverage internationally have gone on to other things, including the worse national disasters of Japan, here in Christchurch the tremors continue and the cleanup will take at least a decade. People often talk about, “When my city fell down” and how much they miss the vibrant central business district.

The national and city government, fire and police departments acted immediately. Jokes were made that the prime minister, John Key, raffled off a free lunch with himself and was also the highest bidder The Red Cross, the Salvation Army and other first responders were quick to react. What I did not know initially was how many people in and outside the city responded on a volunteer basis. 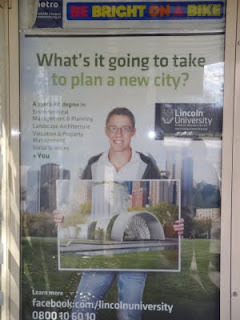 University of Canterbury students self-organized into a volunteer army 10,000 strong. Using Facebook and GeoOP they turned out to shovel silt, dispatch needed assistance, help people connect with loved ones and provide many social services. They took photos and kept the authorities updated on their activities and problems they found.

Local businesses made donations, organized charity fund-raising events. They helped locate missing people and allowed their employees to donate time and service while being paid for work.

Farmers from around the island came to Christchurch and paraded down the streets with their tractors with excavators and earthmovers, which they then used to remove rubble and silt so that transportation could be restored. Many of them set up tents in city parks, supplying their own food and water so they did not put additional strain on limited resources while they worked, staying on through the aftershocks to help the beleaguered city.

Farmers also delivered more than 200, 000 liters of drinking water and tons of food to the needy population.

We went to dinner last night in a downtown restaurant that reopened three weeks ago. I noticed the chain link fence across the street from the reopened business had messages, ribbons and toys attached to it by patrons of a damaged restaurant blocked off by the fence, encouraging the people who own that restaurant to return

Sounds like everyone has a hands-on approach. Maybe it seems a long time until the city will be rebuilt but the citizens have a goal and thaat helps with motivation.

It's truly amazing what people can do when they work together! I read there was record snowfall, too. One more obstacle...but I'm sure the New Zealanders will overcome that as well.

Just recently some home owners were told that the ground under their homes is not safe to rebuild a structure on. They are very disappointed. The government is determined to rebuild safely.

I continue to be impressed by the determination of the ordinary people.

Sounds like civil spirit,to me. Thanks for the update on their situation, Warren.