CLOTHES AND THE MAN

Readers want to visualize a character in fiction. Making appearance interesting is a challenge. My critique partners point out I focus on eyes. I think they reveal feelings more than any other feature. If I want a handsome hero, I tend to give him imperfect teeth so he’s not too good to be true.

What about clothes? Many years ago, I had a friend who’d reject a boyfriend based on what he wore. She couldn’t believe someone wearing a white scarf would dare to believe he could take her out. I never did understand her extreme criticism of people’s clothes.

Clothing may not reflect personal choice. For example, my grandfather fell off a ladder and spent the remaining few years of his life paralyzed in a charity hospital. My grandmother worked sixteen hours a day at one of the few jobs open to women at that time—waitressing. There was scarcely enough money for food and rent for her and her four sons. They wore patched and mended second-hand clothes.

Her oldest son used the money from his first job to buy good quality clothes to impress girls and he never shared his wardrobe with his brothers. Her second son, my dad, wanted comfort, warmth, and colors he liked. Once he could afford it, he chose clothing made to last well beyond the year in which it was fashionable.

The next brother fell under the influence of his ambitious wife who insisted he wear suits, ties, and well-pressed shirts. After she died, he continued to wear the same clothes for years, long after they no longer fit him and needed repairs.

My youngest uncle was a starving artist, even after he acquired a wife and two kids. He wore hand-me-downs and sandals even in winter when he strolled along the beach to collect mussels.

My grandmother was a knitter. She made our sweaters and socks. Once she knitted a bathing suit for me out of all her odd yarns. Luckily I was still shapeless at seven because, as I jumped into the water, the wool stretched to below my knees.

My other grandfather was a miner. His work clothes were covered in coal dust. On his day off, with his wife’s help, he’d fill a metal tub with pans and kettles of hot water and scrub the coal dust off his skin. Then he’d dress in black pants and a collarless shirt, sit upstairs in his bedroom, and cheer on the local soccer team playing in the field behind his house.

What did clothes tell others about the male members of my family? They announced what they could afford. I’d guess, apart from my oldest uncle, my male relatives believed clothes were invented to cover a body and keep it warm. They probably passed on a little of their indifference to their sons. 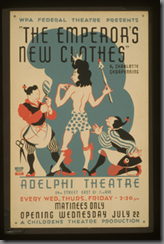 I’m talking about the UK before there was welfare and health insurance. If your parents didn’t work, you starved. You didn’t eat fattening fast food because it’s cheaper. You literally didn’t eat.

I think the first time we meet a person we tend to register physical features and clothes. I’m sure a person can be excluded from a group or job based on not wearing the right clothes.

Have you read or written an introduction of a character where what that person wore gave readers insight into the character’s personality and history?

An interesting family history. I once was given the phone number of a girl by a friend when I called her she asked what kind of car I drove. I told her if that was important to her we would not get along away and withdrew my offer of a date.

In Agatha Christie's The Body in the Library, the clothing of the body is a factor in the novel.

At least you knew up front the values of your possible date, Warren.

I write mysteries with a retail fashion backdrop, and that gives me ample opportunity to use clothing clues to describe a character. It also gives much more room for red herrings; just because someone is wearing a bad outfit doesn't automatically make them the bad guy!

The "moral" in my mystery, that takes place during a reality makeover show, is that you can't judge motive based on how someone looks or dresses.

Hi Diane. I imagine the way a person responds to a fashion says something about that person.

Hi Kara. I've seen a theft too quickly blamed on a homeless person in thrift clothing.

Good for you, Warren.

You know, Pauline, I'd love to just not even bother with clothes. One of my characters dresses "wedding-guest-ready" since she is a wedding planner. But although my main character supplies champagne for weddings, she does so begrudgingly just to keep her store afloat in profit.

Like me, (LOL) Abby would much rather throw on a bathing suit and hit the beach.

Yes, clothes are a reflection of the individual and must be described, but too much of the designer name droping stuff bores me.

In our area, designer snobbery starts in the teens, Elaine. I had a friend who used to acquire designer logos and sew them on her kids' department store clothes in the dead of night so they didn't realize they weren't wearing haute couture.

Good for her! Yes, I know it starts as early as elementary school. What happened to the sixties? Where did those values go? I'm starting to hear, "Pleasant Valley Sunday." Uncool!