A Nose is for more than colds

I think smell is a neglected sense in fiction. We know about the smell of copper for blood at crime scenes and that dead bodies don’t smell good but there’s a myriad of scents in the world that aren’t included in stories.

Is that because smell is a more primitive sense connected to the limbic system instead of to the higher parts of the brain? Smells connect directly to our emotions. I have friends who hate the scent of flowers because it reminds them of a funeral they didn’t want to attend. A person might dab on a perfume she loves and cause an outbreak of nausea in a crowded elevator. I dislike the smell of gasoline but an ex-alcoholic friend tells me she relishes the alcohol scent in gasoline.

Every summer I’m reminded of the variety of scents in the world. 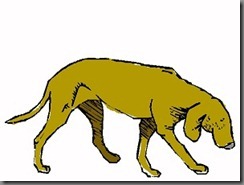 Nothing else smells like a growing tomato plant. An apple picked from a tree in the garden is a different species from the shiny object in the supermarket. Healthy earth doesn’t smell like dirt. The garden after rain has a different odor from the garden wilting under ninety degree temperatures. Freshly cut grass has a pleasant scent whereas rotting grass can make a person gag. No matter how many equality laws are passed, male and female locker rooms will never smell the same.

The smell of apples cooking or of beef stew simmering reminds me of happier moments in my natal family. If people can tell me I’m wrong about the lack of scents in fiction, I’ll welcome the correction and look forward to reading stories that evoke the sense of smell.

Next Tuesday, I’ll be having surgery. All the odors I recall from the many years I worked in hospitals, I’ll experience as a patient.

Smell is a great immediate link to past memories. It is stronger than sight or touch. I will always remember the smell of my bone marrow transplant. I smelled like tomato soup for a couple of days. I hope you come out of your experience smelling like a rose.

I love the smell of vanilla since it reminds me of cozy nights making cookies...and then eating them in front of a fire. Thanks for reminding us to use the sense of smell in our stories.

Thanks to reading this blog, I remembered to add the smells of the Pamlico Sound in my ms. Very few books or shorts that I've read include smell. We seem to be visually oriented. Wonder why there aren't more blind authors. I've always heard it said that when one sense is missing, others become more acute. A blind author's perspective would be quite interesting. Thanks for reminding us, Pauline.

You're welcome for the reminder, Warren, Kara, and Elaine. Even cities have different smells.

I agree: we should be using all our senses in our descriptions.
That's why it's really a good idea to read and write poetry before becoming a prose writer--poetry evokes sense imagery.

Jacqueline Seewald
THE TRUTH SLEUTH--request it at your local library

What a nice little reminder about getting in touch with our senses. After my husband died, gardening and watching the little green shoots of plants come up between the dead leaves was a reminder that life is renewed. As for food, the smells remind me of sitting on the porch during the lazy days of summer drinking sweet iced tea and eating short bread. Wonderful memories. If I close my eyes I can still feel the breeze off the ocean and hear the tinkle of the windchimes. When I open my eyes, it's only the air conditioner. I live in Texas and it's 105 degrees outside.

Hi Jacqueline, I wrote poetry first and you're right, the senses in poetry are key.

Hi Ruby, thank you for sharing your evocative memories.