Recently, well, truthfully at least two years ago, a critic of my writing said she didn’t like all the unanswered questions in the first five pages of one of my WIPs. She was into immediate gratification and couldn’t wait for the answers. The critic isn’t a literary expert, a published writer, or an agent but I still ponder her comments. That 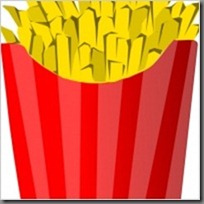 shows how seriously writers think about critiques of their work, or at least how long this writer thinks about the meaning of a particular critique.

Much advertising and parts of the economy rely on a person’s need for immediate gratification. Is that relevant for fiction? A short story starts with a problem and the implicit promise that the problem will be solved by the time the story ends. Perhaps the critic I mentioned would be happier with flash fiction in which suspense lasts two to four hundred words.

I can’t imagine continuing to read a novel-length piece of fiction if I didn’t have unanswered questions established at the start of the story. For instance, in Rosemary Harris’s Pushing Up Daisies, the protagonist finds a buried, shrunken head on page one. Whose head is it? Why is it there?

In Hank Phillip Ryan’s Face Time, the reader learns quickly that the protagonist is an award-winning investigative reporter. By the sixth page of the story, her TV station urgently needs her to report live on the eleven o’clock news. What does the station want her to report on? Why is it so newsworthy?

In Roberta Isleib’s Asking for Murder, the protagonist’s friend doesn’t show up for a lunch date. The friend doesn’t answer her doorbell or phone. There’s a lack of security at the friend’s office and she keeps the key to her bungalow under a flower pot. What has happened to this friend? What is the protagonist going to do about it?

In Nancy Pickard’s The Virgin of Small Plains, by page thirty-two, the reader wonders what happened to Abby Reynolds in 2004 when her truck crashed in a blizzard. What has happened to the sixty-three year old woman with Alzheimer’s disease who is dancing in a cemetery and dressed only in a red bathrobe in the same blizzard? Also, who was raped and murdered in a blizzard in 1987? Why did Abby’s father smash the dead woman’s face beyond recognition?

Unanswered questions and suspense are the reasons I keep reading fiction. Sure, the characters have to interest me but my friends and co-workers interest me. I don’t need them to be involved in a suspenseful murder mystery. I look for that in fiction.

I can't imagine reading a novel if there weren't unanswered questions either. Part of the fun of a mystery is puzzling out whodunnit.

Even in non-suspense and non-mystery novels, if you have no questions, you have no reason to keep reading.

Don't feel bad, Pauline. I once had a reviewer tell me to get rid of all that extraneous detail. As an mystery reader knows, that's where the clues are. Duh!