A Blog by Author Stephen Brayton

Stephen Brayton’s eBook, Night Shadows, was released by Echelon Press on February 15. I asked Stephen to tell us a bit about his book because, like my WIP, Night Shadows is a paranormal mystery. You can find Stephen’s website at http://www.stephenbrayton.com/ and his blog at http://stephenlbrayton.blogspot.com/.     E. B. Davis 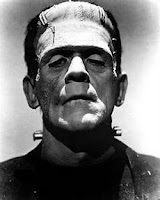 From Nosferatu to Twilight. From Van Helsing to Buffy. Boris Karloff grunting out of a tomb wrapped in bandages and Brendan Fraser yucking it up with high tech special effects. The Gaslight stalker to Jason slashing his way through numerous teens. Monsters from space to leviathans below the sea. Every year, there are new movies and books dealing with the supernatural or the paranormal. It’s interesting to see what new demon will arise out of the muck or how the next ghost will manifest. Every now and then one stands out. The original “Halloween” and “The Sixth Sense” come to mind. I like the ones where the suspense builds, easing into the scary good stuff.

I also like the books and movies where you don’t see the monster. That, to me, is the scariest type, because I get to let my imagination run wild with the possibilities. H.P. Lovecraft was a master at this. I’ve read At the Mountains of Madness three times and with reading, I understand a little better and enjoy it a little more.

One of the difficult things I’ve run into while writing are questions from agents/publishers like, “Next to which authors would your book sit?” They want me to liken my writing to someone else’s. Yet, at the same time, I’m supposed to have a ‘fresh voice.’ Writers of all fiction genres fall into this gambit of presenting a new version on old themes.

Night Shadows was created from several sources. I listened to a radio show about encounters with shadow beings and thought it an interesting idea. Then I took a bit from Lovecraft and his ancient book, the Necronomicon. Throw in a taste of the shadowy entities from the movie “Ghost,” and a salute to the X-Files, and there you have it.

I loved the research and creating different scenes where the shadows attack. Because, as I mention in the book, shadows are everywhere. In your car, in your house, in an alley, under a tree. If there is a light source, somewhere there will be a shadow. So, what if those shadows move under their own power and start wreaking havoc? You might see shadows a little differently. When writing the book, I wanted to use locales familiar to people. A parking garage, a library, an antique store, an amusement park. Places people often visit. Then I threw in an exhibit of art for my dimensional portal. The room is real, the descriptions are accurate, and if you ever get a chance to visit it, you’ll definitely have an eerie experience.

I also like paranormal stories involving history. The heroes fighting an enemy that has returned every thirty years to seek vengeance. Old journals and manuscripts from those who have encountered the demon before. A psycho killer with supernatural powers is fine, but battling the same forces of evil your great, great grandfather also faced, is so much better.

Night Shadows follows the adventures of Des Moines homicide investigator, Harry Reznik and FBI agent Lori Campisi as they fight a madman’s release of killer shadow creatures from another dimension. Each has their own personal issues: Harry is stressed out with the spate of recent murders and his wife is pregnant, while Lori struggles with a strange childhood amnesia that might be connected to the current case.

Is this something brand new in the concept of the paranormal, supernatural, or horror? Yes and no. No, because there are recognizable elements from other stories, but yes, because I’ve combined those elements into something a little different.

Please check out Night Shadows and I hope you’ll enjoy it. Thank you.

As primarily a mystery reader, I’m interested in Stephen’s main characters, their investigative roles and personal dilemmas. His portrayal of the shadow creatures intrigues me from a writer’s perspective. Download a copy of Night Shadows, at Omnilit.
Posted by E. B. Davis at 12:37 AM

I love paranormal mysteries because there are so few parameters. Physical evidence and police procedure must still be accurate, but normal physical laws don't confine the writer. As yet, I don't have a Kindle, but as soon as I can, I want to see how Stephen presents this other dimension and depicts how the police officers deal with the unknown.

I like Stephen's explanation of how he combined elements from various sources to create a new idea. Sounds like an interesting read.

Listening to old radio shows is a revelation in how to create suspense and fear without showing a bloody image. I enjoy reading the interaction between humans and shadows so I look forward to reading your book.