Why Do We Love Mysteries by Susan Van Kirk

I have a couple of theories. My first is that we love to figure out seemingly enigmatic puzzles. Often, I read and read to get to the end of a mystery because I haven’t figured it out, and I’m dying to see how it ends. Thus, the meme of reading into the night. An effective writer can hide his clues so they are in plain sight, but we don’t catch them because of the writer’s talent and craft.

I read an amazing book that has stuck with me for some time now. It’s a book by Thomas H. Cook called The Chatham School Affair. His writing style is gorgeous. His story is told first person by a young student who happens to be the son of the school’s headmaster, and the tale is very dark. It’s about a terrible event at this private school, an event beyond imagining. 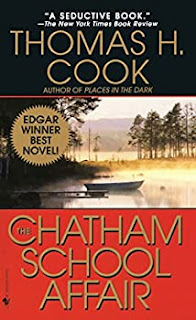 But Cook is clever in giving the reader pieces of the jigsaw puzzle here and there. He flawlessly combines past, present, and future in his narrative, and he does it so seamlessly the reader is constantly left guessing. Only when the reader comes to the book’s end does he see how it all fits together.

A second reason we love mysteries is because they show us a darker side of human nature, but at a safe distance. The idea of a “normal” person meeting someone who has unleashed his darker side is an intriguing combination. In real life, that’s happened to me in a scary incident on an airplane. I’m not going to describe it except to say I was terrified at the words and actions of two people who sat next to me. They didn’t know me at all but made lots of assumptions and said some scary things that were particularly anxiety-producing in such a small space, miles above the ground. That’s the closest I want to come to violence.

Can we spot criminals when we see them? I believe our curiosity about these people and situations is one of the reasons we read mysteries. We may have brushed past a killer on the street and not known it. But we can read about these people in mysteries and do so in the safety of our armchairs.

Magpie Murders on PBS recently. I read the book 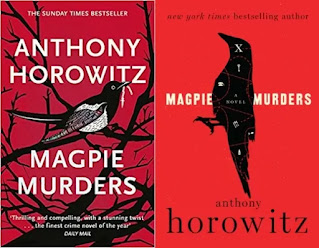 when it first came out and enjoyed it immensely. The author had to totally rewrite the plot for the screenplay since it involves a murder within a murder, and the plot progression in the book wouldn’t work for television. Ordinary people in the present, as well as in the 1950s, are presented as possible murderers, especially in violent ways. A man falls off a tower to his not-immediate death, and another is decapitated by a sword. Don’t think I want to see that in person, but reading it isn’t quite so scary. The intersection of “normal people” like us, the readers, with the darker side of human nature is another reason—from a safe distance—we like to read mysteries.

Can you add other reasons for reading my favorite genre, mysteries?

*Photo of girl reading by Anthony Tran on Unsplash.com

Perhaps escapism. If the story is good versus evil and good prevails it is an escape from a world in which evil seems to have the upper hand.

I love to meet new "friends" (the characters, esp. the protagonist) and watch with delight while they solve problems that I hope most real people will never have to encounter.

So true, Jim and Kathleen.

I have to agree. In a well-written mystery that feeling of brushing up against evil is so enticing and being able to puzzle it out – priceless.

There's safety between the covers of books. There's comeuppance, sometimes, too.

So very true, Kait and Molly. Gosh, we have all kinds of theories about why people like mysteries.