Songs the Beatles liked Best: A Blog by Warren Bull 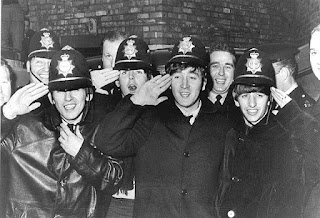 An artist never knows what can come from their work. My books have gone to places around the world where I have never been. Some of the events associated with these songs range from a mafia crime family to outer space.

It is probably not a surprise that the individuals making up the band The Beatles had favorite songs that were not among their greatest hits.  I have to admit that I was not able to predict which songs were the most favored.  It seems to me that the songs they liked best were ones associated with happy memories as well as musical prowess.  And, of course, each song has its own story just as each story by writers has its own history and its own journey through the world.

George Harrison reportedly loved “This Boy”, the 1963 song, released as a B-Side to I Want to Hold Your Hand. It only rose to number 53 on the US Billboard

Hot 100 chart but it was used as Ringo’s theme in the movie A Hard Day’s Night when Jimmy Page provided the guitar line.

John Lennon wrote the song in the style of Smoky Robinson with doo-wop chord changes, melody and arrangements. It employs a tight and intricate three-part harmony. Interestingly although the Beatles did not read music or know musical theory, they used a sophisticated series of pandiatonic clusters. And if you told them they had, they would not have the slightest clue about what you meant.

“Rubber Soul was my favorite album,” Harrison once said. “Even at that time, I think that it was the best one we made. The most important thing about it was that we were suddenly hearing sounds we weren’t able to hear before. Also, we were being more influenced by other people’s music and everything was blossoming at that time—including us.”

John Lennon listed “Help!” as one of his favorites and was asked, “Why ‘Help!’?”

The singer and guitarist replied: “Because I meant it, it’s real. The lyric is as good now as it was then. It’s no different, you know. It makes me feel secure to know that I was that sensible or whatever—well, not sensible, but aware of myself. That’s with no acid, no nothing… well pot or whatever. It was just me singing ‘help’, and I meant it, you know. I don’t like the recording that much, the song I like. We did it too fast to try and be commercial.”

Help was the title track of an album and a movie. It was once called, “Eight Arms to Hold You” and expresses Lennon’s response to Beatlemania. In just two minutes and eighteen seconds, it contains 267 words. There are only a few seconds when someone is not singing. John intended it as a slower song.

He said, “Across The Universe, is one of The Beatles’ best-ever songs. It’s one of the best lyrics I’ve written. In fact, it could be the best, I don’t know. It’s good poetry or whatever you call it. Without tunes, it will stand. The ones I like are the ones that stand as words without melody. They don’t have to have any melody, like a poem you can read them.”

The song first appeared on a charity album No One’s Gonna Change Our World. It was made in support of the World Wildlife Fund which sued the World Wrestling Federation and forced them to stop using “WWF.”

On February 4, 2008, the song was beamed into space by NASA’s antenna in the DSN’s Madrid Deep Space Communication Complex toward the North Star. Paul McCartney said, “Well done, NASA. Send my love to the aliens.”

Paul McCartney said the Beatles song he’s listened to the most is “Let It Be,” but his favorite is “You Know My Name (Look Up the Number),” which is the B-side to “Let It Be.”

He described the song as “a zany, zany little B-side that nobody knows, but we had such fun making it.”

“It’s like a little comedy record. And I just remember the joy of making it,” said McCartney. “…But there’s a lot of songs that I love of the Beatles. I think ‘Strawberry Fields’ is a great song; I think ‘Hey Jude’ worked out great. I’ve got a lot of favorite songs. ‘Blackbird’ I love. ‘Eleanor Rigby’ I love.”

Quite possibly the strangest Beatles song, McCartney said John had the idea for a mantra perhaps as a signal to Yoko Ono. At the time there was a slogan on the London telephone directory: “You know the name. Look up the number.”

The song has five parts. Lennon and McCartney chant the title with a piano playing. Then comes Lennon’s mantra with a ska backing. The third part starts with Lennon speaking. “Good evening, ladies and gentlemen. Welcome to Slaggers, featuring Denis O’Bell,” as if he were in a nightclub. O’Bell is a fictional character. Some fans thought it was a reference to film producer Denis O’Dell who got a lot of calls from Beatles fans.

The last two parts consisted of a series of sounds, bongos, claps, electric guitar, drums, flute, organ, and tambourine, silly voices, and a jazz section with a saxophone solo by the Rolling Stone’s Brian Jones plus incoherent vocal mutterings. It was recorded in a series of takes in May and June of 1967 and left alone until Lennon and McCarney added vocal and sound effects in 1969. In March of 1970, it became the B-side to “Let It Be.”

It was scheduled to be released as a Plastic Ono Band single, but that was canceled. The Plastic Ono Band single catalog number is visible by scratched out in the runout groove of the original British pressings of the record. One American pressing has the wrong title to the song. “You know my name. Look up my number.

Stephen Colbert asked Ringo Star, “You get one song to listen to for the rest of your life. What is it?”

He answered, “There are a lot of favorites, but if you want one, Come Together can’t be bad. I just think it worked perfectly with the band and the song and John being John. I loved that moment.”

The song was written during the Abbey Road album and is one of the last songs by the Beatles. Timothy Leary of LSD fame wanted to run for governor of California against Ronald Regan and asked John Lennon to write a campaign song around Leary’s motto “Come together – join the party.” John put together something quickly for alternative radio stations.

In December of 1969, Leary was charged with marijuana possession, denied bail, and kept in the Orange County (California) Jail until the election was over.

John said later that Leary never asked for more and he used the idea for the new album. Paul McCartney noticed that it borrowed a lot from Chuck Berry’s song “You Can’t Catch Me.” At his suggestion, they slowed to a swampy level.  Even so, the song’s first line is, “Here come old flat top he come grooving up slowly. Berry’s song included, “Here come a flat top he was moving up slowly.”

The song’s publisher, Morris Levy sued. Lennon settled by agreeing to record three songs by the publisher. He recorded two songs. The publisher sued again and won damages of $6,795.00. I don’t know how much his attorney cost him. Levy released a bootleg recording of some of Lennon’s music. Levy and Lennon got into a court battle that ended up costing Levy more than $400,000.  Ten years later Levy was convicted if extortion and sentenced to ten years in prison. He was the model for a ruthless music mogul and criminal in the television show The Sopranos.

Email ThisBlogThis!Share to TwitterShare to FacebookShare to Pinterest
Labels: Warren Bull The Beatles

who knew? Now we do!