She Never Gets Old by Mary Dutta

There’s a moment in the movie A Beautiful Mind when the protagonist, John Nash, realizes that his best friend of many years has always been a hallucination. The imaginary friend’s niece sparks the realization because, Nash suddenly recognizes, “she never gets old.”

As a college teacher, I can totally relate. Every year I start the semester another year older but the students always stay the same age. That means we don’t always share the same cultural knowledge, which is understandable given that anything that happened before 2004 (which to me feels like yesterday) happened before they were born. That lack of shared knowledge can be a positive thing when it shows how we as a society have progressed. For instance, my students had never heard of problematic advertisements like cigar store Indians or the Frito Bandito. And of course, some things transcend all boundaries, like Taylor Swift and Marvel movies. 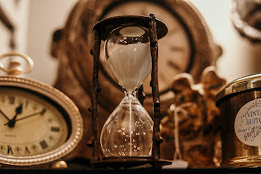 Like teachers, writers need to be mindful of cultural dissonance. A dated reference or a contemporary slip-up can distract their readers from the story they’re telling. A couple of years ago, I was in a critique group with a woman who was writing about a forty-something mother who went to the police about her missing daughter. The mother explained that she happened to have a recent picture of the girl because she had just picked up the proofs for her daughter’s senior portrait. That would have made sense in a pre-digital era, but in today’s world a woman the mother’s age would have her daughter’s picture on her phone.  And the girl’s image would be all over her own social media and easily available to share with the police.

That author didn’t have a smartphone and wasn’t on social media. And if she were writing about a character like herself, a lack of digital photos would make sense. But in relation to the character of the mother, the outdated scenario of the photo proofs took her readers out of the story.

So even though I’m the only one in my classroom who gets old, I feel lucky to have access to younger people who can keep me current on modern norms and conventions. Fellow writers, how do you keep your writing up-to-date?

I have two high school students next door who answer my social media questions...and three millennial kids plus spouses who keep my current on everything else.

Great points! It is something I struggle with. If I have resolved it at all, it’s by subscribing to various magazines. Although I sometimes wonder what my postmaster thinks when she stuffs Seventeen Magazine or the like into my post box!

Definitely something to be mindful of, Mary. Thanks!

We have to be equally aware of how quickly our work can become dated if we drive right into current trends. It's a balancing act for sure.

Great post, Mary! I used to be a high school teacher and counselor and was always up on current words, phrases, and speech patterns. Now, I have to seek the information before writing the teenagers in my books. I fear they end up sounding too much like adults, so I have to get feedback from people more in tune with the generation. Can't wait until my grandkids get old enough to be more useful! :)