Failure as Opportunity 2 A Blog by Warren Bull 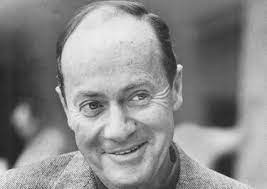 Failure as Opportunity 2 : A Blog by Warren Bull

As I mentioned in a previous blog, in the Chinese language the symbol for “crisis” is composed of two characters. One represents danger and the other represents opportunity. Some people turn the failures in their lives into experiences of growth and understanding. Buddhist teachers believe that a problem will not go away until we learn the lesson it is meant to teach us. By that standard, Kenneth Millar, who wrote as Ross Macdonald learned a tremendous amount during his lifetime.

One of the many tributes about the man and his writing was:

Millar's parents separated when he was four, and his mother took him to Ontario, Canada where his life was harsh. As a troubled child and an uneasy adult, Ken Millar mourned the loss of that moment of bliss and belonging, of being loved and protected for the rest of his life. Virtually fatherless and growing up poor, Kenneth Millar broke social and moral laws: having sex from the age of eight, getting drunk at twelve, fighting violently, stealing. "I'm amazed at some of the chances I took as a boy," he admitted. Worse than the things he did were those he imagined. Mad at the world and at his lot in life, he sometimes felt angry enough to kill. As a youngster he read Poe and Hawthorne and Dostoyevsky: writers who wrestled with the good and the bad angels he too was assaulted by. When he wrote his own mystery stories, Millar saw himself in his tales' wrongdoers. "I don't have to be violent," he said, "my books are." He sublimated his impulses by writing them into the characters he created.

By his own reckoning, he barely escaped being a criminal. When he stopped breaking laws before starting college, he fashioned a code of conduct for himself (and others) as unyielding as the formal religious creeds he had rejected. Millar put himself in a behavioral box as if his life or mental health depended on it, though his psyche often strained against the box's walls. He stayed over forty years in a dysfunctional marriage, putting its tensions to use as he turned his wife, Margaret Millar and himself into published authors. Margaret Millar was a remarkable writer. She was one of few women at the time who wrote noir fiction. He stayed in the box of detective fiction, determined to provide for his family and avoid the failures of his irresponsible father.

And in his mind, he failed at that. The Millars battled over how to raise their one child, Linda. She was a troubled child who killed a teenage boy in a hit and run accident. She disappeared from a private college and her parents thought she had been kidnapped. Linda spent time in a psychiatric correctional facility. Although she had fewer difficulties as an adult, her health was poor. She died in her sleep at age 31.

Following Linda’s death, Macdonald suffered a crisis and entered psychotherapy. He said the therapy helped him come to terms with his traumatic childhood which he said had “long conspiracies of silent pain,” and his daughter’s death. He said he wanted to communicate to readers about justice, mercy, and compassion. He said, “We all live or die together.” He became able to relax the rigid boundaries he had erected to keep his impulses and ferocious temper in check.

The fiction he wrote was informed by the painful knowledge of the difference between the way life was supposed to be and the way it was. In his books, people caught in a corrupt legal system looked obsessively for lost parents and vanished birthrights; children took dangerous paths; a detective tried to discover when and where and why it all went wrong.

And, while writing about fictional detective Lew Archer, Macdonald also wrote a notable Ph.D. dissertation on the psychological criticism of Samuel Taylor Coleridge.

Kenneth Millar was a complex, brilliant man who crafted effective if rigid standards to keep his dark impulses and dangerous behavior in check. When his greatest fear happened anyway, he was able to outgrow and abandoned them. He communicated the need for flawed people (all of us) to reach out toward others and show mercy toward everyone, including ourselves.

I had not know his personal story. Thanks, Warren.

Wow. What a wild life! You’ve done some interesting research.

His survival and his ability to deal with some problems through his writing are inspiring, even if we would prefer not to emulate his life.


What a marvelous essay about what must have been a tortured man. Inspirational, Warren.