An Interview with Krista Davis By E. B. Davis

With Old Town’s DIY Home Decorating Festival in full swing, Sophie’s swamped, juggling a bumper crop of artisans, antique dealers, and decorators for the busy street fair. Still, when her best friend Nina suddenly needs a ride from the airport, Sophie is happy to help . . . until she sees Nina disembarking in a state of disarray. It’s obvious the trip to Portugal soured somewhere along the way. But after one of Nina’s traveling companions turns up murdered the following day, Sophie knows something is truly rotten . . .

Though the crime scene is staged to look like an accident, Sophie isn’t fooled and peels off to conduct her own investigation. Her only clue is a strange image the victim scratched into the soil before dying. Could it point to a cryptic killer in Old Town? A bitter travel adversary? Or a cursed artifact smuggled back from the trip? As the mystery grows, so does the body count, and if Sophie doesn’t pluck the murderer soon, her best friend may be the next to fall . . . 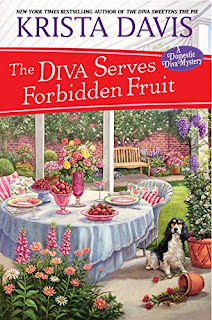 Krista Davis’s The Diva Serves Forbidden Fruit provides the perfect example of how one’s family may be worse than one’s enemies. Although antagonist, and I do mean Natasha, an antagonistic thorn in main character, Sophie Winston’s side, fares better in this fourteenth novel in the Domestic Diva mystery series. Lucky her, because Sophie ends up with blackened eyes.

Organized and managed by Sophie, the Old Town’s DIY Festival has her walking the streets, answering vendor questions, and spending long days at work. Which means that she doesn’t have time to whip up culinary delights in her kitchen for friends Nina and Bernie or ex Mars. Instead, they work in her kitchen supplying the goodies for her. Although she still has time for berry trifle and a skillet pear cake!

Thank you, Elaine! It’s always nice to be here.

Nina declares that she should divorce her husband who ditched her during their medical convention in Portugal. I agree. Sophie gets more companionship with her ex, Mars, than Nina does from her husband. And since he’s always gone, she can’t even pump him for his forensics knowledge. Can we ditch him or better—kill him off?

No one should walk through Dulles Airport in bare feet. How did Nina lose her shoes in customs?

At JFK, Nina was pulled aside for a customs check. The kind where they open your luggage and go through it looking for contraband. They also asked to see her shoes. She had a connecting flight to catch and as the minutes ticked by, she was getting more and more worried about making the next flight. When the customs people were through with her, she wrestled to get all her belongings back into her bags, and then took off running to the gate for her next flight. And when she got there, with only minutes to spare, she realized that her shoes were back in customs! 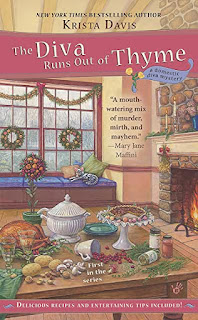 The first victim, Lark Bickford, has a daughter, Paisley Eames. Paisley and her husband Frank have six sons. The oldest, Tommy, finds his grandmother, Lark, dead. Being the oldest, Tommy hears and understands things he shouldn’t. Sophie tries to support Tommy when he confides in her. But his father is a blockhead and his mother financially supports the family and takes care of all the kids. Tell readers about Tommy, if you would, and his problem-child brother Oscar.

Tommy was an easy baby. So delightful that his parents wanted another baby. This time they had twin boys. Then they decided to give it one more try for a girl. And they had triplets, all boys. Of course, since he was the first, his grandmother Lark doted on him. And when five brothers arrived, she often took him home to stay with her, which resulted in a wonderful, close relationship.

Oscar is one of the triplets. He is curious and fearless, a combination that lands him in dangerous situations. Tommy might be the leader of the pack because he’s the oldest, but Oscar is the one who leads them all into temptation and chaos.

It isn’t until after the second victim is found by Sophie that she and her friends think the trip to Portugal may be a common factor in the deaths. Then Nina’s house is broken into. Who saves Nina from the intruder? Why is Nina just a foster dog mom?

Nina loves to travel, which makes it difficult to have all the pets she would like. She fosters them instead, knowing they have gone on to wonderful homes and she can help save another dog or cat. On her return to Old Town, she goes to the shelter and picks up a little white floofball named Muppet to foster. And it was just in time! Muppet hears someone trying to break in and woke Nina. If Muppet hadn’t been there, who knows what evil might have befallen Nina?

Humphrey—that old dog—was intimate with the first victim, Lark. Was it a spring/autumn type of romance? Humphry is Sophie’s age, whereas Lark was a 50 something grandmother.

Well, this is where reality and fiction clash. I think it was Sue Grafton who talked about choosing to keep Kinsey Millhone the same age, or relatively so, throughout the series. In the first book in the Domestic Diva Mysteries, Sophie is in her forties. Soooo, fourteen books later, well, you see where I’m going with this. I have chosen to keep them all in that nice 45-55 range. Thus, Lark actually fits quite nicely into their general age group.

Is Bernie incredibly wealthy? I forget his circumstances, but although I knew he owned The Laughing Hound restaurant, I didn’t know he owned a mansion.

Bernie is British. He manages The Laughing Hound for an absentee owner. Said owner also bought the mansion a few books ago. Bernie lives there and keeps an eye on the place for him.

What is a Spendthrift Trust?

Basically, it’s a trust where someone else has to approve spending of the funds. It’s to prevent the recipient of the money from frittering it away. 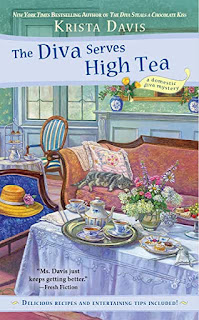 Is it true that aluminum foil and baking soda will get rid of silver tarnish?

Yes! I have done it many times. Be sure to use very hot water and do not do it in a sink because any metal pieces of the sink or drain might pick up the tarnish and be ruined. Use a solid plastic container.

Can anyone pick a lock and undo a deadbolt if they Google it? How does anyone sleep at night? And does this confirm that dogs are essential?

I’m happy to say that I am not a pro at picking locks, but the web is loaded with pages on how to pick locks. One site even refers to it as a hobby! Lock picking kits are even available. I have always thought dogs are essential, and not just as burglar alarms. Caution: if you do search “picking locks” online, you may not sleep well anymore.

What is this trifle with whipped cream instead of Bird’s Custard?

I haven’t heard about the baby throwing scam. Does it happen often to Americans overseas?

I don’t know how often it happens, but it’s an old trick and a very clever one! No one is watching their bags if they see a baby flying through the air! That’s when bags are stolen and no one notices.

Bennett, Paisley’s sister, isn’t liked by Mars. He warns her not to believe a word he says. And yet, Bennett, who is a professional gambler, emotionally supports his sister, who needs money and whose money-grubbing husband Frank tries to contest the will. He also went to Columbia and owns a townhouse that appears to Sophie to be tastefully decorated. In fact, he reminds Sophie of Wolf. What’s the story with Bennett?

Bennett is well-educated and his parents raised him to be a gentleman. However, he is a professional gambler. Like some gamblers, he does very well from time to time but he loses big, too. He was smart enough to invest in a high-end townhouse after some substantial wins. But rumors don’t always favor gamblers and there are those who don’t trust him.

Why didn’t Natasha tell her mother about her half-sister?

Natasha’s father abandoned her and her mother when Natasha was seven. It was the turning point of her life and drives almost everything she does. She has looked for him her entire life. To discover that he had married someone else and had another daughter was an enormous blow to her. She was glad he was alive, but on the other hand, it verified her deepest pain of abandonment. In her mind, they weren’t good enough for him and he had to start another family. She put off telling her mother because she knew how painful it would be for her mom to realize that.

Do you approve of shrimp served in the shell dressed in spices and without deveining it?

Shh. Yes, I have done that. And you have probably eaten it that way and didn’t think about it. I have to say that each time I do that, it’s gone in the blink of an eye. The diner can devein when removing the shell. 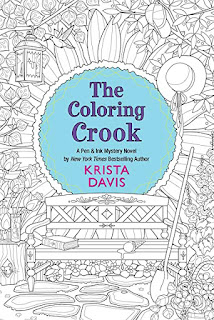 Why didn’t Sophie have charges brought against Frank’s horrible mother Carmela, who punched Sophie and gave her the first of two black eyes? That woman needed to be put in jail!

She probably should have, but we all know Carmela is about to face a lot of other problems, some of which may put her in jail anyway.

First Alex German, and now Peter Chryssos. Will Sophie ever find a man?

Poor Sophie. She really has no luck with men. And possibly worse, it’s getting to be dangerous to date her!

I don’t think they have to be slushy, but they’re delicious!

How would anyone be able to eat chocolate cheesecake after pizza?

LOL! Maybe they just eat a little of each?

What is the true story about Portugal’s Crown jewels?

In 2002, some of the crown jewels were on loan to a museum in the Hague, along with jewels from other nations. In an incredible heist, thieves managed to elude the security system and steal the most valuable items. To this day they have not been caught. It’s believed that the jewels are unlikely to turn up because most of them had been widely photographed and were quite easily recognizable.

What’s next for Sophie and her gang?

Next up, The Diva Says Cheesecake! Which I am working on right now.

Thanks for the interview, Krista—it’s always a fun topped with a great read! 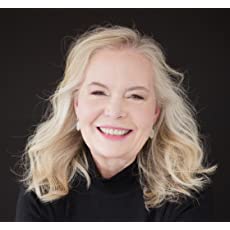 A series with which I was not familiar! Thanks for telling us about it.

Hi Krista, what a wonderful addition to a stellar series. I love Sophie!

Congratulations on your 14th novel in this series!

Hey Krista -- so good to see you again on WWKK. Congratulations on your latest. All the best,

Wonderful interview, ladies! Congratulations, Krista, on your newest book. Your Diva series is one of the first cozy mysteries I ever read and got me hooked on the genre. (Humphrey!) All best wishes, Shari

Krista! It's so nice to see you here. Your career and all you accomplish are an inspiration. I have a number of your recipes from Mystery Lovers' Kitchen in my own file. Thanks!

congratulations on your new release! Always fun to get an update and read your latest.

What a great interview! Congrats on your latest, Krista! Always inspired by your long-running series.