A huge benefit to being a writer is that anything that happens is a tool. The person at the grocery store is rude? A minor character for your next novel. Someone cuts you off at the intersection? You monitor your own reaction, promising to transfer it to your protagonist. You can use everything; it’s like leftovers in the fridge. You fashion bits and pieces into a satisfying meal.

I recently started attending an adult gymnastics class. Most of the participants are teens or twenty-somethings. (I’m the only true adult.) We do gymnastics for fun, not for competition. One day a new student showed up. He was twenty minutes late into a ninety-minute class, so the coach had to stop mid routine and attend to this newcomer. 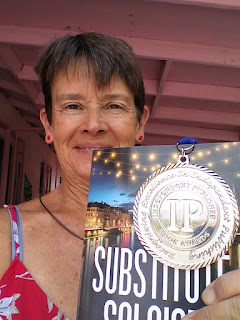 As we continued our warmup exercises, I appraised Sam. Although his shoulder-length hair was tied behind his head with a rubber band, he did not look like a regular gymnast. He wore khaki shorts and a button-down short-sleeved shirt rather than workout clothes. Didn’t he have at least one t-shirt? Was gymnastics the last thing on his mind when he set out that day? Maybe he saw the Gymnastics World sign and stumbled in.

As we stretched into splits, I kept my eyes on Sam. He was a good-looking kid, perhaps seventeen. He was thin and wiry as if he never ate enough. In high school he would be an outcast, someone who never fit in and struggled to make friends. So when we transitioned from warming up to tumbling, I greeted him and welcomed him to the class.

Sam had an easy grin even though he was shy. He introduced himself but didn’t offer further information. When we started in with somersaults, however, his body told me a lot. He had no form. He had no control over his body. But he could throw himself into the air and twist multiple times. When Coach Paul asked for a roundoff, Sam ended it with a backflip, a trick I only attempt after an hour’s warmup. Throughout the rest of the tumbling, Sam continued to do more than asked, veering off dangerously to the right or left of unsuspecting fellow students.

When we were given free time to work on individual goals, I went to the bouncy tumble track but kept half an eye on Sam. He was strong and fearless. He continued to do crazy tricks, wild flips and twists over which he had no control. After he did an amazing hard double back, a trick I will never achieve, I complimented him.

“Have you done a lot of gymnastics?” I asked.

“Nah. I just mess around with my friends.”

I mess around with bocce ball. Maybe with weightlifting. But gymnastics is not a sport I would ever recommend messing around with; there are too many ways you can land on your head. Yet Sam carried on, undaunted. While the rest of us worked diligently on slowly building our skills, Sam flew from the high bar into the cushioned pit as if the equipment were designed for him.

Coach Paul watched with concern. Students so fearless and uncontrolled are dangerous. They attempt tricks they’re not ready for, adds dents to the wall (there are many), act without thinking through their movements, and learn everything the hard way. Ouch. Yet Sam made it through the evening without hurting himself or anyone else.

And he came back to the next class. I felt bad for Coach Paul. If I were in charge, I would constantly worry that Sam’s next trick would send him through the window or atop unsuspecting gymnasts. But as a fellow student, I can enjoy Sam whole-heartedly as long as I stay out of his way. As I observed him during that second class, I kept wondering what makes him such a rebel. Bad relationship with his parents? Drugs? Bullies? He had the money to pay for a set of gymnastics classes, so he’s not destitute. Are his parents funding him? Are they desperate to find channels for his crazy energy?

By now Sam has come to yet another class. I engaged with him a bit before he spun off into his own universe. Eventually, I’ll get this story. It will come out one night once we’ve all tumbled ourselves so silly we can’t lift our arms anymore. He’ll talk about his foster care or his drug-addicted grandparents or tyrannical teachers who hated him so much they never gave him a chance. Maybe he’s been in juvenile detention; maybe his cousins did time with him. Or maybe he’s from an affluent background, has loving parents, and has no idea why he rebels. I can’t wait to find out. In the meantime, the character I base on him is all mine. Should he be the hero or the villain? Probably both.

Writers are all mini-Sams. We throw ourselves into our stories. We front somersault into our drafts without knowing where we’ll land. Even if we plot, we later un-plot, replot, cross-plot. We take risks by writing scenes that leave us sprawled between the uneven bars and dialogue that shake us from the beam. We regain our balance only to lose it again. An important unknown stems from our characters. Once placed into our stories, they’re gymnasts on trampolines. They flip around recklessly without our permission. At first, we watch as worried coaches. Then we thank them for their unstoppable energy. And use it.

Bio: D.R. Ransdell writes from the heart of the mariachi world where men cry over lost love and women exact revenge! The protagonist for her murder mysteries is a violinist, but Andy Veracruz spends his time chasing lost musicians rather than learning new songs. His latest adventure, Substitute Soloist, won a silver Independent Publish Book Award. D.R. is a violinist herself. Her musical tell-all, Secrets of a Mariachi Violinist, won the 2019 New Mexico/Arizona biography award. By day D.R. teaches composition at the University of Arizona, but her students don’t write as many drafts as she does! www.dr-ransdell.com 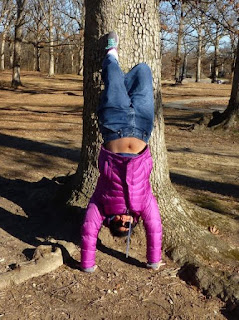 Your analogy is perfect. I’m curious about a mariachi violinist – looking forward to meeting Andy!

Fingers crossed that Sam continues to find "safe" outlets to express himself.

Terrific blog. I enjoyed being on a panel with you at Bouchercon online, I believe. Always good to catch up. You've given me food for thought. I need to use the people I come into contact with as inspiration for a new character or even a new storyline.

Getting reviews is very difficult for an Indie author. https://usbookreviews.com/ is an affordable service to get high-quality reviews and gain visibility for your book.

Kait, Jim, Margaret, Grace, thanks for your comments!

Hmm, well, "Sam" hasn't come the last few times. I suspect... he may have hurt himself doing something else!

Grace, thanks for remembering! Sure hope to do the next Bouchercon in person--deciding whether or not to sign up!