Come Hear about My Audiobook Journey By Jennifer J. Chow

When I first created my indie mystery series, the Winston Wong Cozies, it was a venture into new publishing territory for me. I had to learn the ins and outs of formatting, cover design, and marketing—or rather, contract with others to do so. Soon after I dipped my toes into self-publishing, I also learned about making audiobooks. 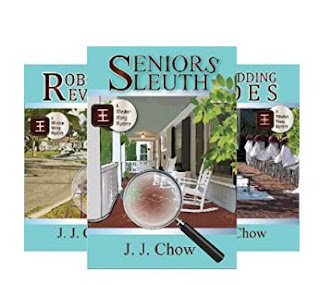 I discovered the ACX platform (operated by Audible), which allowed me the ability to do so with no upfront cost. This method employed a royalty share structure through a partnership with an audiobook producer. After uploading a sample of my book, I could listen to voice actor auditions and then choose my preferred narrator.

Noah DeBiase, the narrator and producer I eventually picked, is a gem. He produced amazing and fun audiobooks for the first two books in my series.

Everything went on without a hitch until book three. At that point, Noah didn’t offer the royalty share option anymore. Instead, he was inundated with so many requests that he asked interested authors to use a “Pay for Production” model, which meant writers paid upfront for audiobook development. This would require me to invest a huge chunk of change for the service, but it would also result in my ability to keep my audiobook rights and receive all royalties.

Was I willing to try something new? There was no guarantee that I would recoup my costs if sales failed to materialize. However, I wanted the voice continuity for the series, and I enjoyed how Noah brought my main character to life. I decided to go for it.

As always, Noah did an excellent job of recording my audiobook, Wedding Woes. Did it pan out in the end? Yes, I was eventually able to cover the costs of hiring him as a narrator. 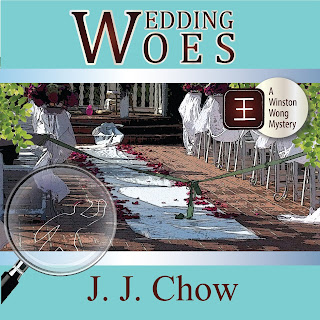 A controversy in the audiobook world appeared recently. At the end of 2020, something called “Audiblegate” cropped up. Independent authors issued complaints about ACX/Audible’s easy return policy. It appeared that listeners might have abused the system by returning audiobooks within the generous one-year time frame for exchanges. Consumers could do so without any repercussions, even if they’d already listened to the whole book.


ACX has since reduced the buyer’s ability to return an audiobook to within seven days. They have also expanded their earnings reports for authors to include data on any audiobook returns. Moreover, since February first of this year, they’ve offered indie authors the ability to move from an exclusive to a non-exclusive contract, as long as it’s for a pay-for-production title which has been on sale for at least ninety days.

This means that instead of being locked into a contract for seven years with ACX, I can now approach other distributors with Wedding Woes. ACX limits their connections solely to Audible, Amazon, and iTunes, so I’ve decided to try out Findaway Voices. That platform offers distribution to more than forty audiobook retailers and library platforms. They even have a royalty bonus for transferring a previously exclusive title to them before March fifteenth.

It looks like I’m on another new audiobook path. I wonder where it’ll lead me to next.

Writers: What surprises have you encountered on your writing journey?

Thank you, Jennifer for sharing this. What an education. While I do not listen to audiobooks. I don’t seem to have the attention span required, I know they are a valuable tool in the author arsenal. This article is very, very, helpful.

It's always great to hear from someone who has traveled the path. Thank you.

Sounds like a new adventure. The learning never ends.

Thanks for detailing everything. Learning curve for the readers and I think foryou.

@Kait: Thank you for your kind words. I'm so glad this post was helpful!

@Debra: Yes, Debra! Thanks for reading.

Complicated information distilled in a great summary. Thanks!

Thanks for a useful, concise report on your latest journey, Jennifer. What surprises have I encountered on my own journey? That there are always more surprises.

Terrific information, Jennifer. I love audiobooks and have several on my iPhone at one time.

Great post, Jennifer. I'm delighted that 6 of my books have audios because so many readers love to listen to books. I find I'm listening to more books than I read.