An Interview with Maria DiRico by E. B. Davis

Mia Carina is back in the borough of Queens—in charge of the family catering hall, Belle View Banquet Manor, and keeping her nonna company. But some events—like murder—are not the kind you can schedule . . .

Mia’s newly pregnant friend Nicole plans to hold a shower at Belle View—but Nicole also has to attend one that her competitive (and mysteriously rich) stepmother, Tina, is throwing at the fanciest place in Queens. It’s a good chance for Mia to snoop on a competitor, especially since doing a search for “how to run a catering hall” can get you only so far.

Mia tags along at the lavish party, but the ambience suffers at Nicole’s Belle View shower when a fight breaks out—and then, oddly, a long-missing and valuable stolen painting is unwrapped by the mom-to-be. Tina is clearly shocked to see it. But not as shocked as Mia is when, soon afterward, she spots the lifeless body of a party guest floating in the marina . . . 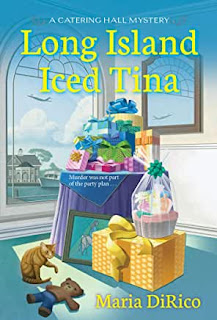 I’m disappointed I missed the debut book in this series, Here Comes the Body, but I was easily able to pick up the backstory in Long Island Iced Tina, the second book in the series. Maria DiRico is a pseudonym for Ellen Byron. This series is different from her Cajun/Bayou series set in Louisiana, but the central theme of family remains the same. It’s a great theme, universal, and showcases the beauty and warts that go along with family.

Mia Carina’s main goal in life at the moment is to keep her father, Ravello, from going back into the slammer. He’s done time, as her brother is now doing. They are associated with the mob, but they are trying to go straight by operating Belle View Banquet Manor, a clean venue. But as an ex-con, her father is always first on the suspect list.

There’s a lot of unresolved backstory within these books—a remote (in more ways than one) mother who lives in Italy, an ex who supposedly drowned but whose body wasn’t recovered, a brother soon to get out of jail, and a stalled romance. All keep Mia’s life interesting or fraught, but that’s for the books that follow.

Where in NYC is Astoria? Or perhaps it isn’t in the city? Is this an Italian neighborhood?

Astoria is in the New York City borough of Queens. Decades ago, it was a predominately Italian neighborhood, then it segued into being more of a Greek neighborhood, and now’s it’s wonderfully multi-cultural.

Mia’s friend Nicole is having a baby. Nicole’s maternal grandmother wants to have a shower at Belle View. The problem is that Nicole’s parents split up. Her mother, Linda, magnanimously insists on inviting step-monster, Tina, to the shower. For that reason, Nicole’s grandmother insists pasta puttanesca be served. What’s the story on pasta named for whores? Legend has it that this particular sauce was created by prostitutes in a Neapolitan bordello during WWII. While this has become widely accepted as the sauce’s genesis, many culinary experts dispute it. But they haven’t come up with a better story, lol.

Tina decides to upstage the Belle View shower and have another shower for her at a tony venue, Versailles on the Park, an upscale rival of Belle View. Is the building real, the park? 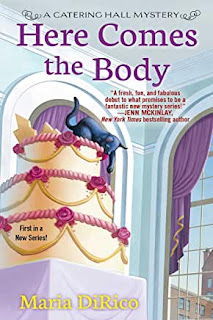 Mia has a cat, named Doorstop, and a pet parakeet. She lets it fly in her apartment even though la cacca happens (why is that word feminine?). Is she nuts? Lol! She lets her parakeet Pizzazz fly around the room because the bird is based on my zia and zio’s bird, Tweetie, who they let fly around their home, which is literally where Mia lives in the series. I used to have a great photo of Tweetie perched on the head of Zia Rose’s Virgin Mary figurine in her bedroom. I’d give anything to find that picture.

Mia’s grandmother makes Italian sausage on scrambled eggs topped with fried onions and peppers for breakfast. Maria says she’ll have a salad for lunch, but ends up with pasta. How does she not get fat? Oh, her pants are definitely getting tighter. That’s why she sometimes bikes to work. To burn off calories.

Is it true that brick homes in Astoria were built with words or pictures hidden in the brick? I honestly don’t know if those particular homes were built that way, but this is based on apartment buildings in the Bronx or Mount Vernon that my family used to drive by on our way from Westchester County to Astoria to visit Nonna and my cousins. The Italian masons who built the apartments included little designs with bricks. My mother pointed them out to me once, and I’ve kept an eye out for them ever since.

Jamie Boldano is a childhood friend since his father is head of the Family. Jamie and Mia are attracted to each other, but have sworn off romance, at least Jamie has. His girlfriend is Connecticut waspy, and he longs for a home in the countryside. Is he rebelling from his upbringing or does he truly want to change who he is? A little of both. At this point in his life, though, I think Jamie generally seeks a different type of life more than he’s rebelling against what he grew up with.

When the shower takes place at Belle View, a fight between mother Linda and stepmother Tina ensues in the ladies’ room, and then a stolen painting appears as a gift. Later, Mia finds a body in the marina harbor that Belle View overlooks. It wasn’t until Mia starts investigating the murder that I appreciated slacker employee, Cammie Dianopolis. Why is she vital when she barely works? I love writing Cammie because there’s way more to her than meets the eye. She absolutely does her job, although she keeps her tasks to a minimum. But that’s the deal the Boldanos agreed to. She’s also an invaluable ear to Mia. And even better, she can manipulate her detective ex-husband into sharing information Mia would never be able to get otherwise.

Are Greeks and Italians sequestered in the same neighborhood? Yes, along with many other cultures now, as well.

How did a corpse get buried without shoes? Why is Mia’s grandmother intent on sending extra shoes along to heaven in another body’s coffin? This is real!! Mom and I were visiting Nonna once when the story came up. Nonna told Mom in Italian. I only picked up a few words of it – they spoke a dialect and my Italian was never great – and when I asked Mom to translate, she said the husband of one of Nonna’s friends appeared to his widow in her dreams telling her he was buried without shoes. So they put a pair in the coffin of another pisane to send up to him. My mother has absolutely no memory of this, but I can recall exactly where she and Nonna were in Nonna’s living room when she told me!

Why do women TV weather professionals, who often have advance meteorology degrees, have to dress like sluts? I don’t know!! I live in Los Angeles, and on the secondary stations, it’s jaw-dropping what not only the weatherwomen but some of the anchorwomen wear.

Mia visits her brother Posi in jail. Why does she seek his opinion? Is he older? Yes, he’s two years older. Since he’s got a criminal past – and present – he’s a good source for insight into how criminals think and plan. Plus, he was in much deeper with the Family than she was, so he can provide Mia with insights into the Boldanos that she lacks.

Who were the Westies? The Westies were a violent Irish gang that operated mostly in the Hell’s Kitchen neighborhood of Manhattan during the 1960s-80s. They were active when I was living in the city. I even lived in Hell’s Kitchen for several months. A lot of actors I knew lived there too, because it was cheap, and some of the Westies would hang out at the dive bars we also hung out at.

Now that Mia’s solved that murder, will she ever learn to drive? Yup!

What’s next for Mia? IT’S BEGINNING TO LOOK A LOT LIKE MURDER launches in November 2021, and as you can guess, it’s Christmas-themed. A secret about Jamie’s birth is revealed, setting the wheels in motion for murder. Meanwhile, the neighborhood competes for the most extreme Christmas decorations, causing a battle between some senior citizen mean girls and Nonna’s crew. It involves the most coveted holiday display piece of all – Tony Bennett-Santa, an animatronic Tony Bennett dressed as Santa who croons holiday tunes. Tony Bennett is a native son of Astoria. My mom went to high school with him, although he was a year older. I met him and his wife once. Lovely people. 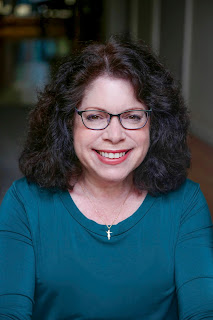 Congrats on the second one in this series, Ellen. Gosh I do wish we didn't have to use pennames -- so confusing for those of us of a certain age.

I love this interview! It speaks to my part Italian heritage. Yes, yes, I can relate about the shoes – it happens – my Uncle’s mother-in-law did the same. I won’t quote her comments on the funeral home or undertaker. They were in Italian. So looking forward to reading Long Island Iced Tina. By happy coincidence. I started HERE COMES THE BODY last night and I am loving it.

Great interview, E.B. and Ellen! Such a fun book and series!

(And, Ellen, congrats on signing for a NEW series too!)

Congrats on your new release! I enjoyed the first one. And yes, when we had a cage of parakeets we used to let them out for flying time.

It’s always fun to read interviews with you, Ellen!

Always fun to "visit" with you, Ellen! Having plenty of Italian relatives myself, I can see all of this - it's hilarious and all true. Remind me to tell you about the time a burglar broke into Aunt Flo's house and stole all her anginetti.

I love this interview, and I loved the book, which I finished last night. Only Ellen/Maria can write over the top like that!

I love both of Ellen's series. I hope to interview her about her next new and third series--The Vintage Cookbook series just picked up by Berkley! Go Ellen!

Fun read. Congratulations on the new release. Wishing you many, many sales!
Mary
M. E. Bakos

Thanks for all the great commments and support, WWK friends! I'd respond individually but can't figure out how, lol.

BTW, there's a chance I won't be juggling multiple series. Cajun Country ends with CAJUN KISS OF DEATH, which comes out in August. And waiting for word on whether Kensington will pick up the Catering Halls. Fingers crossed!

I enjoy Ellen's other series, and I will have to try this one, too.

E.B....I stand by what I said. YOU ASK THE BEST QUESTIONS. Why to female meterologists dress like sluts? LMAO.

Intrigued by this title and will check it out...not the least because a Tina is prominently featured!