If It's Tuesday, This Must Be Belgium by Connie Berry 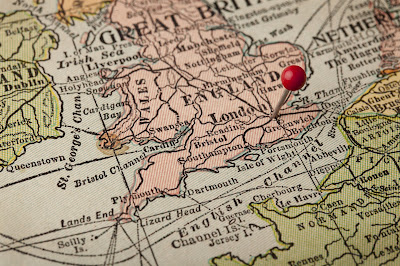 If It’s Tuesday, This Must Be Belgium.

Who remembers the 1969 movie starring Suzanne Pleshette, Ian McShane (Lovejoy) and loads of other famous actors, including a young Patricia Routledge (Keeping Up Appearances)? The story is about a British tour guide (McShane) who ushers a busload of American tourists around Europe—nine countries in eighteen days—and falls for one of them (Pleshette, naturally).

We watched it again last night. It wasn’t the best movie I’ve ever seen, but what got me thinking about it is the month of March. 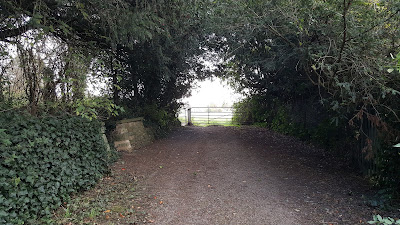 If it’s March, I should be in England.

We’ve been traveling to the UK twice a year—March and October—for a number of years. Last spring when COVID hit, we had to cancel our trip. Ditto October. This March as well. 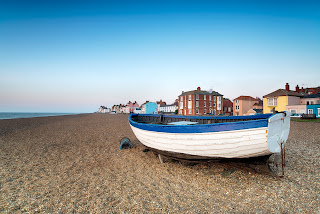 My plan had been to do some research along the Suffolk coast, a main setting in my WIP. I’ve talked about this before. It’s not difficult to learn the history of a place, find interesting facts, and view photographs online; but there’s something about actually being there—smelling the sea, feeling the wind in your face, exploring seaside villages, tasting the food, meeting people, listening to their speech patterns, asking questions. You can’t get this from books. Or the internet. Fortunately, I have sources: a detective inspector in the Suffolk Constabulary; a practicing solicitor; an assistant priest in the Church of England; a contact in the Suffolk Coroner’s Court. This helps, but it doesn’t take the place of being there. 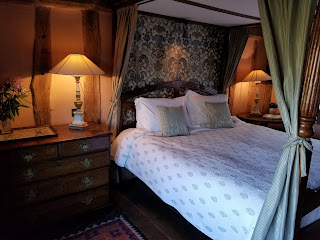 Since I can’t travel yet, I’ve been reminiscing with our photographs of previous trips. I thought I’d share some with you. We stayed in a restored fourteenth-century weaver’s cottage in Lavenham.

Lavenham, Suffolk, is a delightful village with a rich wool-trading history, a Grade I listed Guildhall (a building of national importance), a medieval house from 1390 on the main square, the picturesque Crooked House (once a tearoom, now for sale—at least it was as of this February), and several outstanding restaurants.

Armchair travel isn’t travel, but it’s the best we have for now. 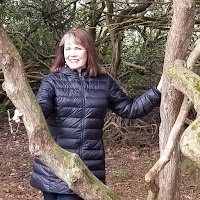 I can’t wait to board that big British Airways jet again. Until then I have my memories.

Maybe by October it will be safe enough to travel, Fingers crossed for you. I don't think we'll resume traveling until 2022, though.

Great armchair overview of Suffolk! Thanks for sharing.

Travel by fall? I just matched Global entry with my new passport.

Thanks, Jim. Margaret, what a smart thing to do. We should get Global Entry, too, since we have time.

Such a fun blog. Right after seeing that movie, I took one of those bus tours—7 countries in 22 days. It was quite an adventure.

Love the pictures. Love the UK. Hope you can resume travel soon.

I'm waiting for that 10 day quarantine to be lifted, and we especially want to go to Portsmouth. I, too, love Lavenham, but I haven't been there fro more than 10 years. Here's hoping!

Oh, you are whetting my travel appetite! Let’s all hope for fair skies and faraway places soon.

Connie, I'll keep my fingers crossed for you and that big British Airways jet. Those photos are great - I'm in love with the Crooked House! don't you think it would make a great writer's retreat? If the walls stay up, that is.

Connie,
Like you, I miss England. My husband and I used to visit often—staying a few days with friends who then lived in Tunbridge Wells, then taking off in our rented car to explore a small section of England each trip.