An Interview with Tammy Euliano by E. B. Davis

When her elderly patients start dying at home days after minor surgery, anesthesiologist Dr. Kate Downey wants to know why. The surgeon, not so much. "Old people die, that's what they do," is his response. When Kate presses, surgeon Charles Ricken places the blame squarely on her shoulders. Kate is currently on probation, and the chief of staff sides with the surgeon, leaving Kate to prove her innocence and save her own career. With her husband in a prolonged coma, it's all she has left.

Aided by her eccentric Great Aunt Irm, a precocious medical student, and the lawyer son of a victim, Kate launches her own unorthodox investigation of these unexpected deaths. As she comes closer to exposing the culprit's identity, she faces professional intimidation, threats to her life, a home invasion, and, tragically, the suspicious death of someone close to her. The stakes escalate to the breaking point when Kate, under violent duress, is forced to choose which of her loved ones to save—and which must be sacrificed. 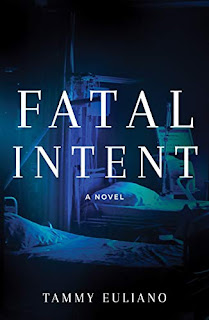 Tammy Euliano’s main character Kate Downey is an anesthesiologist. That’s not surprising as Tammy’s by-day profession is anesthesiology. She certainly writes about what she knows, like the text book she wrote on the subject. What surprised me was what I didn’t know about hospitals—and after reading the book—I intend to stay far away for as long as possible. This isn’t an easy read. The subject of life and death issues is complex. The tension mounted on Kate Downey comes from a myriad of sources and, unfortunately, they seem all too real, as if Tammy had heard it all before in real life. Like I said, it’s intense.

And speaking of real life. Some of the problems, like physician drug addiction, I can remember my father and grandfather, who were also doctors, discussing forty years ago. I was delivered by a surgeon who his fellow doctors dubbed “Hot Belly Harry” because his patients were inclined to develop appendicitis requiring surgery. I know Tammy doesn’t make this stuff up! Unfortunately.

Where do Kate and her Aunt Irm live? It’s ninety minutes from Jacksonville and in the same town as the university hospital.

Well…it’s definitely NOT Gainesville, Florida, home of the University of Florida and where I’ve done all my training and been on faculty for 25 years J  I’m calling it Newberry, which is a tiny town north of Gainesville that has no university, no hospital, and only a couple of stoplights! I thought it best to avoid any legal concerns. 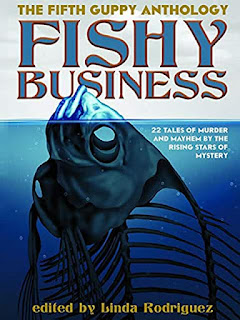 At the beginning of the book, Kate shows sarcasm. But there is no sarcasm left by the end. Is sarcasm humor or is it criticism?

Interesting question. In this case, it’s humor, though often as a means to soften criticism.

Kate’s husband Greg is in a comatose state without brain activity and has been for almost a year, but he doesn’t really need life support other than feeding. Does Kate have hope he’ll come back from this state?

She’s been told that if he doesn’t show improvement in a year, there won’t be any. But really, she’s in denial. The physician part of her knows he won’t recover, and knew it ages ago, but the wife and mother part of her just can’t let go. Death is final, but she can delude herself he’s not gone yet.

Correct. At an academic medical center, we’re employed by the University and have a structure like many other college departments with a chairman who answers to the Dean of the medical school, who answers to the president of the university (there are often more layers). The Chief of Staff is a liaison between the medical staff (including physicians and nurses at some institutions) and the hierarchy above. At my institution, he or she handles concerns between physicians of different departments.

The hospital is the university’s teaching hospital. Is Kate a professor as well as a hospital doctor? Doesn’t this double her responsibilities over a typical anesthesiologist working at a normal, nonteaching, hospital?

That’s right. As a teaching physician, we teach medical students and residents both in classroom settings and at the bedside. Most of my clinical care of patients involves supervision of a resident, but occasionally I’ll be asked to care for someone personally, like a VIP or someone who had a particularly worrisome experience in the past. Every patient signs a document stating they understand their care involves learners at our hospital. In my opinion, it’s the preferred situation because there are more minds involved. But I’m a little biased.

After two of her patients die, one of whom used to be president of the university, Kate is worried that somehow it will be attributable to her. She’s already on probation. She could lose her hospital position. How does that impact her position at the university? Why is she on probation? If she is on probation, why would they let her teach?

The probation is a little sketchy, as it turns out. The reason for it is revealed later in the book. It is possible to lose hospital privileges and still be on faculty, but unlikely the employment contract would be renewed since our salary comes largely from funds the department bills on behalf of our clinical productivity. Unlike private practice, we don’t bill ourselves for the work we do. The department bills and collects and we’re on salary. In general, we make quite a bit less than our private practice counterparts for the same number of hours worked, but if you love to teach, you accept the warts.

What is Sam Paulus’s job as scheduling attending? What does attending mean?

An attending is the faculty physician. The etymology of the term is vague, but it is the faculty member who is responsible for the care of the patient. More clear is the term resident, a physician in training. In the old days (long before my time), the resident lived at the hospital. We have about fifty “anesthetizing locations” on any given day. That’s fifty teams of attending and resident or attending and CRNA (nurse anesthetist). Each attending can supervise two rooms. The scheduling attending (Sam Paulus) assigns all the faculty-provider pairings based on the skill sets required. Some of us specialize in tiny infants, or heart cases, or neurosurgery, etc. His job is to make all the assignments the night before, they continually adjust as the day progresses and cases are cancelled or added, emergencies appear, or cases run much longer than anticipated. It’s a thankless and difficult job, but Sam is up to the task! 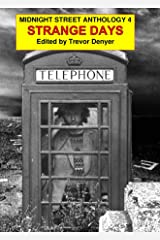 But back in the day, doctor addicts were booted out of the profession entirely. Are they really allowed to change specialties and retain their DEA authority to write prescriptions?

I don’t know what happened in the past, but today physicians can undergo a rehabilitation program and then remain in a monitoring program. Most physicians do not have ready access to narcotics except by prescription, and pharmacies are now keeping close tabs on those. Anesthesiology is unique in our access to drugs that we administer ourselves, so diversion is a real problem and a huge risk, so we discourage impaired anesthesiologists from remaining in the field. Many I’m aware of have moved on to addiction medicine or chronic pain management (with procedure-based treatments rather than narcotics).

What’s the difference between an intern and a resident?

An intern is a first-year resident, that’s all. Generally, they have less responsibility and do a lot of the “scut” work like putting in orders and writing notes. In anesthesia, the intern year is spent in month-long rotations in surgical specialties, medicine, pediatrics, obstetrics, etc. Ensuring by the time they start their anesthesia training, that they have a firmer understanding of the rest of medicine.

Can anyone accuse doctors of something, even when there is proof to the contrary, and force them out of their positions?

Anyone can accuse anyone of anything of course. Ideally the physician’s group (in private practice) or chairman will provide support and insist on getting to the bottom of the accusation.

I want to dislike chief of staff Dr. Walker, but I also wonder--do hospitals have so many charity and Medicaid patients that they must make sure privately insured patients make up for the deficit in funds caused by the former cases?

It is a problem, of course, in a hospital such as ours that does not turn anyone away based on ability to pay. We do things to try to appeal to patients with insurance, like employ some of the best specialists in the country, and dispel the myth that patients will get multiple examinations by a series of medical students and residents. Of note, I completely forgot that we had a Dr. Walker as Chief of Staff when I was a resident. He was a wonderful, amazing physician and man and I regret the commonness of his name.

You mention a drug called a delayed-onset non-depolarizing muscle relaxant. Is there such a thing? And what is it?

Non-depolarizing muscle relaxants (NDMRs) exist and are used every day in operating rooms around the world. They are given IV and interfere with the ability of muscles to function, but only “voluntary” muscles, which includes breathing, but doesn’t include the heart. So the patient can’t move or breathe, but their heart keeps beating until they run out of oxygen. We only use these medications after a patient is asleep (general anesthesia, not just a nap) and we have ensured that we can breathe for them. Each of the several NDMRs has its own onset time, duration of action, and side effects.

In the end when Kate has to make life and death decisions about those she cares the most about, how does she make those decisions in a split second? Are all doctors trained in triage?

While all physicians are trained in triage during medical school and residency, in reality, we’re good at what we do regularly. Most physicians are not faced with split second decisions on a regular basis. The exception would be the fields of critical care, emergency medicine, surgery and anesthesia. The wrinkle of emotional attachment can cloud the decision-making process. That’s why we generally don’t take direct care of our own family members.

Your plot was intricate. Tension mounts on Kate when patients die, when she is forced out of her position, and when someone close to her is killed. It’s hard to fathom that Kate won’t need a lot of time off to recover. Is this a single title or the start of a series?

Fatal Intent started as a stand-alone. I couldn’t imagine an anesthesiologist in a small academic medical center being faced with more than one mystery of this magnitude. But I’ve fallen in love with the characters and my publisher has requested a sequel, so it’s in the works!

As mentioned above, the sequel to Fatal Intent in which Kate Downey, Aunt Irm and Christian face another series of challenging circumstances is due asap. I’m also working on another series. Pre-covid, I wrote about a bioengineered virus that destroyed the fertility of humans and other primates. Sort of “Children of Men”-ish, minus the soul-crushing fate of mankind that PD James described. Anyway, I LOVE the themes, the characters and the challenging topics raised, but have yet to interest an agent or publisher. 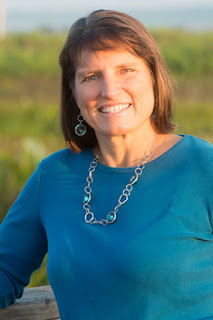 Sounds like an intriguing read. Just the thing for those of us stuck at home.

Congratulations! A new book out is always a huge milestone.

Thanks for the interview, Tammy!

Thanks everyone! It's been a fun-filled week!!