The Book That I Won’t Write by E. B. Davis


I think most writers have books inside them that they won’t or can’t write. The stories are from real life, those events survived but which evoke too much emotion to write. When a writer is immersed in a fictional world, it’s fiction—something created and mastered—not real life, one that at times cast him as victim, sidelined him to a subservient role, or smacked him with cruel irony. Those times when he knew whatever he said would be wrong; when he chose to turn the other cheek and was badly rewarded for his better nature; when he chose to tell the truth, but the lies of others were believed instead. 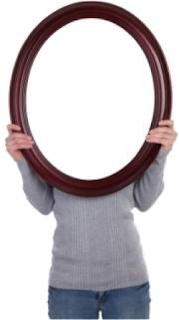 If someone else wrote our real-life stories, they’d be epic books bound to become classics. The books would illustrate living in dysfunctional families and attempting to understand the abnormal psychology of people in our lives. Translating the real world into fiction seems so much harder than creating fiction that is believable and authentic. Why? Shouldn’t it be just the opposite? Replicating what we already know. Is it a case of fact being stranger than fiction?

“Write what you know” is the advice given to beginning writers. I took that advice and tried to fictionalize episodes from my life. They were all failures. I was much better at creating new characters and situations than taking from real life. Perhaps I wasn’t up to the task, wasn’t writer enough to put them on the page. But I switched tactics. Instead of trying to recreate, I used my real life as research, like knowing how a building business operates, having run such a business for thirty years. I gleaned the exterior facts for my fiction, not the interior canvasses. It worked out much better, but I still think I should be able to use more than just the facts in my fiction. Aren’t the interior canvasses more important?

Jeanette Walls is the obvious exception. In her memoir, The Glass Castle, she describes her dysfunctional family and her horrible upbringing. I don’t know how she separated herself as the writer and as a character in the book, but she never attempted to make her book fiction. Even so, how does a writer portray himself regardless of the genre? I think it’s hard to do it at all well. We can be objective about our fictional characters, but not so much when using real-life characters.

I went to a family funeral recently. Some members of the family I hadn’t seen for over four years—on purpose. I had no need to associate with at least one of them who hadn’t treated me well. When I thought about this family member, whom I’ve known most of my life, I thought her life story and our interactions would make a damn fine book, but it’s one I can’t and won’t write. To write such a story, I’d have to relive and suffer through it all again. Not that it isn’t worth writing, but I’d gladly give the story away to another writer.

Is there such a thing as being too close to a story? Do emotions get in the way of good story telling? How much of your real life do you use in your fiction?