Sarah Winston’s garage sale business has a new client: the daughter of a couple who recently died in a tragic accident while away on a trip to Africa. Their house is full of exotic items from around the world that need to be sold off. When Sarah learns that the deceased were retired CIA agents, the job becomes more intriguing—but when an intruder breaks in and a hidden camera is found, it also becomes more dangerous. And Sarah has enough on her plate right now since she’s investigating a murder on the side at the nearby Air Force base, where her status as a former military spouse gives her a special kind of access.
Amazon.com 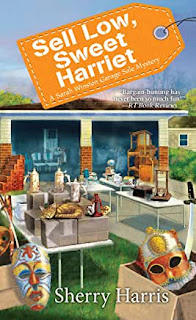 Sell Low, Sweet Harriet is Sherry Harris’s eighth book in the Sarah Winston Garage Sale mystery series. In this book, Sarah has two mysteries to solve, one, a murder, and the other, theft. All seriousness? No way, this book is full of comedy.

When a wife of an officer is murdered on base, the head investigators ask Sarah to get information about possible suspects. Of course, they only want her ear to the ground, but Sarah does more than listen.

A woman, whose parents were killed in an accident, asks Sarah to price and sell their houseful of belongings. But a break-in at their house, where she is working, puts her on edge. She hires two other women so she isn’t alone in the house. One isn’t as sweet as she seems. The other doesn’t seem sweet at all and, I predict, may become Sarah’s sidekick in crime-solving because her name is in the title and she complements Sarah. 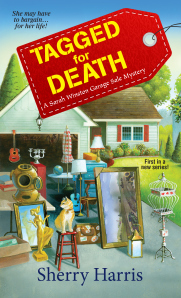 Sarah didn’t know the murdered woman well. Why does she decide to investigate? Sarah is very flattered when OSI agent Frank Bristow and police officer Scott Pellner ask her to help them investigate the murder of a young Air Force spouse. (Between us, she’s a little more flattered than she probably should be.) They ask her to only listen because she can be at events like parties on base where they would stick out and make people uncomfortable. Sarah agrees, but being Sarah, she can’t quite help herself from asking a question or two…

I hadn’t realized Sarah was a lousy cook. How did she manage not to learn? How many times did it take her to perfect Chicken Marsala? Starting with Tagged for Death, Sarah wasn’t a very good cook. She usually would pick up food for a party, and it’s the reason she eats at DiNapoli’s so often and survives on fluffernutter sandwiches. She married when she was eighteen and just didn’t enjoy cooking. As for how many times it took to perfect Chicken Marsala – way too many!

Why is Sarah contemplative? Since Sarah’s divorce two years ago, she’s been through a lot. She had to find a way to support herself and make a new life after being an Air Force spouse for twenty years. Sarah has always been a thoughtful, caring person, but as she approaches forty, she’s trying to figure out who she is now.

Sarah learns that the couple who died worked for the CIA. What is a “handler?” A handler is a CIA officer who manages agents. Sometimes handlers recruit agents (or assets) too.

Does Sarah ever find out why the will was split between the couple’s children so unevenly? Sarah does find out, but I can’t tell you why here.

Does she find out why her brother disappeared for twenty years? Sarah’s brother Luke shows up for the first time in A Good Day to Buy. He arrives unexpectedly after disappearing from Sarah and her parent’s lives for almost twenty years. When he shows up, he asks Sarah not to tell anyone he’s in town, and that’s before she finds out he’s a suspect in the murder of a client.
What is the MWR, and why do they fund facilities at military bases? The simple explanation is it’s an organization that provides programs and recreational services that boost the morale of troops, their families, and retirees. They use non-appropriated funds to pay for things like golf courses and bowling centers on bases, most of which are self-supporting. But they also provide programs to help military spouses find jobs and places for teens to hang out. Here’s a link to an article that explains more: https://militarybenefits.info/morale-welfare-and-recreation-mwr-benefits/ 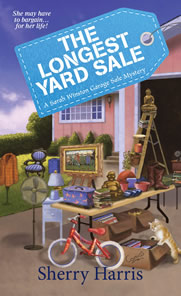 What is OSI and NCIS? The OSI is the Office of Special Investigations for the Air Force. They investigate major crimes as does the more famous Naval Criminal Investigative Service.

When Sarah is asked to listen for murder clues, Seth isn’t happy. Is Sarah still unsure of her feelings for Seth? Sarah loves Seth but doesn’t want to rush things. She has been divorced for only two years, and she and her ex did try to make things work after the divorce. Sarah feels like she rushed into marrying her ex when she was eighteen and wants to be cautious now. 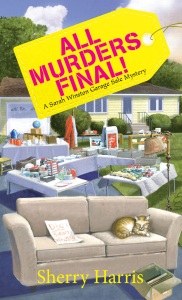 With a houseful of items gathered from around the world and from different eras, how does Sarah know how to price items for the sale? Sarah has a broad knowledge of how to price things, just from years of attending and organizing garage sales. If she is unsure about a price and it’s an antique, she calls on a friend who is an antiques dealer for help. She also checks online sites like eBay for help pricing items.

What is a Smart Bed, and why would anyone want one? A smart bed uses sensors and/or other technologies that track how you sleep and are supposed to help you sleep better. Some even adjust the mattress as you turn in your sleep and cool or heat it as necessary. I confess we have one. We didn’t set out to get one but it came with the mattress we selected. It tracks the number of hours and type of sleep we get, plus our heart rate and breaths per minute. Usually I don’t even bother checking the data and frankly, I’m not sure how accurate it is.

What is a charge of wine? (Are they just cheap?) Charged is just a fancy word for filled. So if at an event such as a military dining out if you hear the term make sure your glass is charged before the toasts, it simply means make sure your glass is full. This comes up when Sarah attends a military dining out – a formal military dinner with lots of protocol and tradition. While I mention a little bit about the rules of a dining out in the book, here’s a link to an article that explains a lot more:  http://www.militarywives.com/index.php/protocol-mainmenu-264/air-force-protocol-mainmenu-298/dining-in-out-mainmenu-342

After Sarah overhears nasty talk that she is pathetic, hanging around the military base without a spouse or other connection, will she change her activities? While it hurts Sarah’s feelings and makes her question some of her decisions, in the end Sarah won’t let some nasty talk keep her from helping out at the base thrift shop. It’s something that she enjoys doing, and they always need more volunteers.

Does an Almond Joy sundae have coconut ice cream? Oh, yes! New England is known for its ice cream stands, and people get quite passionate about which stand has the best ice cream. My favorite is Bedford Farms in Bedford, Massachusetts. My favorite ice cream there is Almond Joy.

What’s next for Sarah? I’m writing the ninth Sarah book right now. The working title is Absence of Alice and it will be out in 2021. 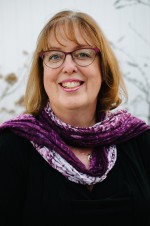 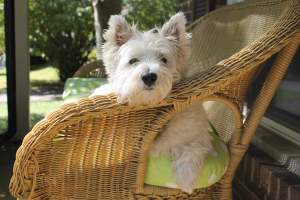 Can't wait to read Sell Low, Sweet Harriet! It's been so much fun to watch Sarah grow into herself following her divorce. I'm dying to learn about her new client's artifacts.

Did you know your Kindle backlist is on sale on Amazon today? I just snagged the two books in the series that I was missing in Kindle version for $1.99!!!!!

Happy New Year to you and your family, and to all reading the blog today.

Welcome back to WWK, Sherry. I enjoy your work and seeing you grow as a writer. And, of course, I love reading your latest!

Excellent interview. And I know an ice cream place I'm going to visit next time I'm in New England!

Love Sherry's books, and I know in her heart she's a Midwest girl. We discovered she grew up forty minutes away from where I live and have a friend from back here in common.

Love Sherry's books, and I know in her heart she's a Midwest girl. We discovered she grew up forty minutes away from where I live and have a friend from back here in common.

So happy to see another book in this series! I love Sherry's books, and look forward to reading this one.