Partying With Mame by Lisa Lieberman


Life is a banquet and most poor suckers are starving to death.
-Rosalind Russell, Auntie Mame

Among the many life lessons I learned from Auntie Mame, there’s one I’ve kept in mind when creating characters for my Cara Walden historical mystery series. You know that cocktail party in the beginning? The one where young Patrick shows up with his Irish nanny? Among the guests are a flamboyant Russian composer and his stalwart wife, a maharaja with a monkey on his shoulder, a sheik or two, a psychoanalyst, a Lithuanian bishop in full regalia, the head of an experimental school in Greenwich Village where the students go naked, a couple of lesbians in mannish garb, assorted flappers, chaps in tennis whites, an equestrian, and the handsome publisher with whom Mame has been keeping company. Such an assortment of period types, all crowded into Mame’s apartment having a grand time.

My series is set in the 1950s and builds off my favorite old movies. I’ve taken Mame’s hostess style to heart. Among the characters in the series debut, All the Wrong Places, are a pair of Russian revolutionaries I borrowed from Ninotchka, an Italian neorealist director based on Roberto Rosselini and his tempestuous mistress, an Anna Magnani type, a Trinidadian Calypso singer and his band, a flighty British aristocratic (Aldous Huxley, with a dash of Noel Coward thrown in for levity), plus a Polish violinist who bears a striking resemblance to Rudolph Valentino. Mind you, they’re not all in the same scene, but readers get to know them intimately over the course of the story. 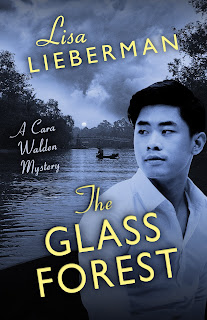 The latest book, The Glass Forest, takes place in Vietnam during the filming of Joseph Mankiewicz’s1957 adaptation of my favorite Graham Greene novel, The Quiet American. Actual people involved in the production, including Audie Murphy, the World War II hero who went on to make Westerns (he played the American, Pyle), renowned British actor Michael Redgrave (Fowler), and the film’s editor, Bill Hornbeck, mingle with made-up characters in a story that is both a tribute to Greene and a dialogue with the author over the meaning of Western colonialism.

One of these made-up characters, Laurence, became the life of the party. I based her on a French Resistance fighter, Brigitte Friang, whom I came across in Bernard Fall’s account of Vietnam in the lead-up to Dien Bien Phu, Street Without Joy. A schoolgirl from a good bourgeois family, Brigitte was just nineteen when she enlisted in de Gaulle’s Free French movement. She looked so young and innocent, she was given the dangerous mission of escorting wanted men out of France. She’d pretend to be their daughter or granddaughter and accompany them on the train, or pass them false identity papers in public places. During one rendezvous, she was ambushed by the Germans, shot in the stomach, and allowed to suffer without painkillers. Tortured for months, she did not reveal the names of her associates and was eventually sent to Ravensbrück. After surviving all this, she seems to have adopted a devil-may-care attitude. When Fall knew her in Vietnam, she was jumping out of airplanes with French paratroopers and packing a pistol, but she was still a Frenchwoman, you know? This description particularly struck me: “Impeccably attired in black tulle evening gown, Brigitte Friang looked like any girl should look except for her gray-blue eyes. No matter how gay the conversation, how relaxed the evening, Brigitte’s eyes never seemed reconciled to smiling.” Of course I had to use her and, believe me, readers will never forget her. 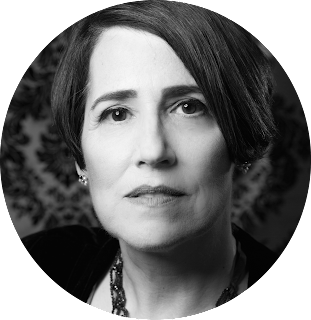 Lisa Lieberman writes the Cara Walden series of historical mysteries based on old movies and featuring blacklisted Hollywood people on the lam in dangerous international locales. Her books hit the sweet spot between Casablanca and John le Carré. Trained as a modern European cultural and intellectual historian, Lieberman abandoned a perfectly respectable academic career for the life of a vicarious adventurer through perilous times. She has written extensively on postwar Europe and lectures locally on efforts to come to terms with the trauma of the Holocaust in film and literature. She is Vice President of the New England chapter of Sisters in Crime and a member of Mystery Writers of America.
Posted by E. B. Davis at 12:00 AM

Intriguing characters. There's much to be learned by reading good novels.

Interesting premise for a series and a good variety of characters.

Thanks for hosting me. I do admit to "borrowing" characters from my favorite books and movies, as well as real life. Put 'em together in a scene and watch what happens, just like at one of Mame's parties.

A friend used to say that people will forgive you for anything except boring them. With wonderful characters like you described, your readers most definitely won’t be bored.

Welcome to WWK, Lisa. Your characters sound as if they would be interesting to read and write! Best wishes!