My name is Annette and I’m a researchaholic. Yes, I’m addicted to learning new stuff. And as a writer, I have the perfect excuse. I guess that makes me my own enabler.

I’ve done both. In my Zoe Chambers series, Zoe’s a paramedic, a deputy coroner, and a horsewoman. I’ve been an EMT and owned horses for 25 years. I have not, however, been a deputy coroner. Nor have I ever been a cop. So for Zoe’s job in the coroner’s office and Pete’s job with the Vance Township Police Department, I have to research.

Back in 2008, I took the Pittsburgh Bureau of Police Citizen’s Academy, which was my first behind-the-scenes taste of law enforcement. What I learned and experienced shaped the world I wrote about in huge ways. I blogged week by week about it on Working Stiffs. (Once you click the link, click on the Citizen's Police Academy label at the bottom of the post for more stories).

A few years later, I grabbed the opportunity to participate in the Pennsylvania State Police Citizen’s Academy. 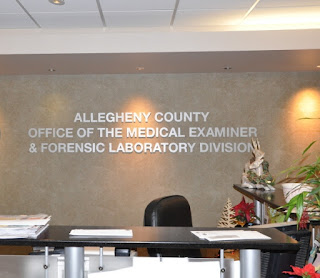 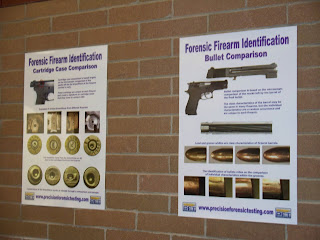 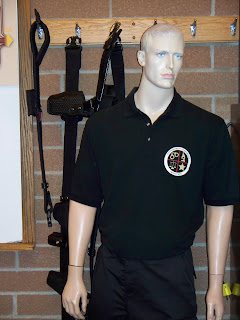 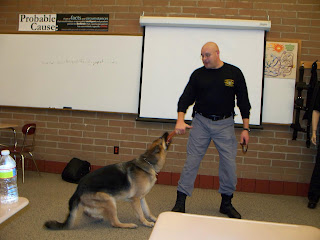 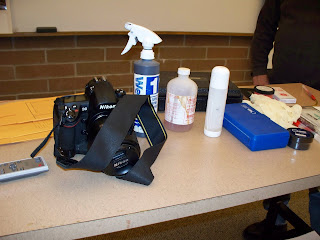 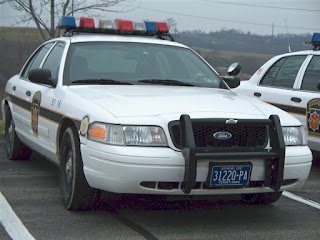 I thought there’d be a lot of overlap, which was fine. Refreshing the memory or getting updated information is always good. However, there was very little duplication. I learned and experienced a LOT of new stuff. And once again, it went into my writing.

In 2014 and 2017, I attended Lee Lofland’s Writers’ Police Academy, which further enlightened me about cops, firefighters, and emergency medical personnel. 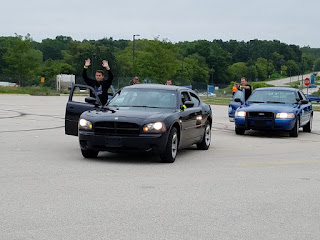 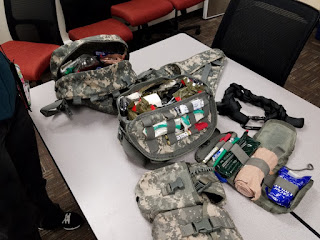 If you write about this world and have never attended one of these, you have no idea how much you don’t know.

Let me pause for a brief commercial announcement. Registration for this year’s Writers’ Police Academy, dubbed Murder Con, open soon. Unfortunately, I won’t be able to attend, but if you’re a writer and you have the chance, DO IT. If you’re a member of Sisters in Crime, check out the grants they offer for education.

While I can’t make it to WPA this year, my desire for a research fix won’t go unabated. I’m excited to announce that after a pair of failed attempts, I was accepted for this spring’s FBI Citizen’s Academy! Picture me doing the Snoopy Dance. I’ve long wanted to write a story with an FBI agent as a lead character. Beginning next month, I’ll be taking part in an eight-week program that will take me behind the scenes of the Federal Bureau of Investigation, which should give me the perspective needed to create an authentic character.

I have no idea what stories will hatch during these eight weeks, but I’m eager and excited to find out. (It will also provide material for a number of my future posts here at Writers Who Kill.)

My question to you writers: What kind of research do you do for your novels? And to the readers out there: Does it upset you to find glaring errors in procedure in the books you read? Or are you willing to suspend belief in order to enjoy the story?
Posted by Annette at 12:00 AM

The thing I most research is location. If Seamus is going to spend time in jail, I want to know how that looks and sounds and smells. I've had great tours of several hoosegows he's "enjoyed."

I don't write police or court-room procedurals and will often compress real time frames for the purpose of the story. That kind of thing doesn't bother me.

However, pure fact issues do get me wondering, such as calling a handgun a revolver when it has a magazine. I wonder where the copy editor was and what else is wrong.

So cool, Annette. I want to know the process of applying - lots of security clearances? Persuading them you are, in fact, a real writer? Why would you get turned down twice? Thanks, and congratulations!

Congratulations, Annette, on getting accepted for the course. I recently took a tour of the FBI headquarters, and it was amazing how much I learned from that.

congratulations on your acceptance! I'll have to pursue a Cincinnati FBI or Ohio State Trooper class. The local Citizen's Police Academy was invaluable--the community resource officer answers my emailed questions.

In the past month I've attended a Trafficking conference and a County Opioid Epidemic panel discussion. In past years I've attended drug and mental health workshops for first-responders and school personnel.

The next time I'm in DC, I'll schedule a visit to the FBI.

I like Lee's approach of "believable make believe" because who wants to read a story about hours of paperwork? But it does irritate me if a writer hasn't bothered to get very basic details correct.

Uh, that should be congrats, Annette. Blame the cold (and possible strep).

Jim, I love to research locations too. And you hit on a good point. You can look at pictures and read about certain places, but the SMELLS are what no one includes unless you've actually been there. As for firearms, I once read a book where a sniper used a shotgun. Sorry. Nope.

Edith, I had an FBI agent sponsor my application (he's married to a friend of mine) all three times. The problem wasn't them not believing I was a writer. They only have a limited amount of spaces available and were filling them with CEOs and corporate types. I guess because of the dangerous times we live in, they felt these people NEEDED the information more. The purpose of the program isn't to help writers, after all.

I still have to go through the background checks and fingerprinting, but I'm not worried. As long as they don't look at my browser history! ;-)

Margaret, YES, often one of the best parts of taking a CPA is the connections you make! You may not need to go to DC. The program I'm taking is at our Pittsburgh FBI Headquarters.

Liz, You can call me Anne if you want. I hope you don't have strep! Feel better soon!

Writing historical history, research is crucial and using primary resources is by far the bet way to go.

My sisters in crime group have had several events with policemen and the Women's Guild of our church has had several ones, too. Also, I'm an avid reader and most of the books I read are mysteries, including yours that I've read that include policemen and their work for solving crimes or just hanging out together. Once a man who trained dogs for policemen brought his young dog to our local sisters in crime meeting, and another time at my church's women's guild meeting a police officer brought his trained police dog, too. I also have a niece who is married to a police officer. However, there have been times when I've gope online to research other things I want to include in my book, too.

I've had to curtail my "field trips" lately due to family responsibilities, and I miss the opportunity to continue my research & education. My chapter of SINC has had a few field trips lately I would have loved to attend! Not to mention the regular meetings.

I rely quite a bit on personal experiences & knowledge for my writing. I also have a number of people I can call on for more information--siblings who are in law enforcement; a friend who is a retired big-city public defender; friends who have felony convictions & all the circumstances that come with being in that position. Nothing like someone with a murder conviction who spent thirty years in prison and is out on parole to fill in the details of what it feels like when you're trying to get a loan to buy a truck.

Wow, Kathleen! That is some SERIOUS research!

Gloria, Sisters in Crime is a great organization for bringing research to the author!