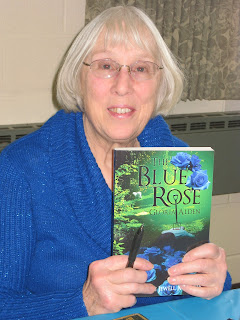 The most important life event happened with my birth as it does with all of us. I was named Gloria because my mother admired movie stars with that name, but I like to think my dad went along with the name because he was religious and thought of his first born child as a glory to God. At least I believed that and in my egocentric way every Christmas when the refrain of Christmas Carols resounds with my name, I like to think the whole church is singing my glory. Of course, I know that's not true.

Of course there were birthday celebrations that weren't elaborate in my family. I was the oldest of six children and so no one got a lot of gifts for their birthday.. Mom fixed whatever the birthday child wanted for dinner. There weren't a lot of gifts, but I remember getting a green parakeet I named Petey because I wanted one. Today I receive birthday cards and once in awhile a gift, but not so much anymore. My sister-in-law takes me to dinner along with my sisters for my birthday.

And then there were the graduation events. My high school graduation had a beautiful cake and a few relatives coming with cards and money. Certainly nothing like the high school graduation events pu on today. When I graduated from college later in life, my parents, husband and siblings took me to dinner and my kids put on a party for me with a lot of close friends and family coming. I can't remember anything when I got my Master's degree, but we probably went out for dinner. 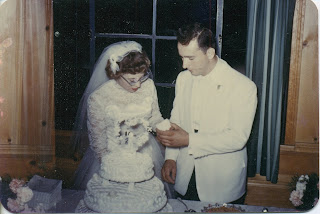 A wedding is always an important event. I had the white gown that was borrowed from an aunt, flowers, cake, reception in a small hall and food prepared by an aunt and uncle. Another uncle took snapshots with his camera. My father-in-law paid for a band that played mostly polkas. The weeding was preceded by a shower at an aunt's home, a modest home so the guest list was small. Of course there were cards and gifts for the wedding.(3 electric skillets) and many best wishes.

In a little over three years our children started coming. Believe me that was a life changing event when I had four children in less than five years. Of course, I'd always wanted children so I enjoyed having them even though my husband was working two jobs so I didn't have any help there. However, I did enjoy raising them and they turned out well. While raising them I became a Cub Scout leader and later for a lot of years a Girl Scout leader. 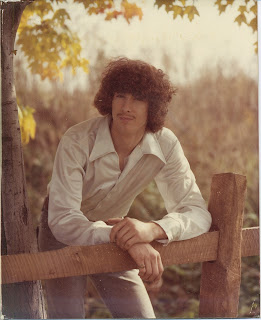 However there is almost always something that causes sorrow. When my oldest son, John, was seventeen he developed cancer and died in my arms. This was the son who wrote poetry, drew pictures, played the piano and was so good at so many things with a good sense of humor. He was also a reader like I am.

Six months after he died I went to college for the first time to become an elementary teacher. More than one professor over the years before I graduated thought I should plan on becoming a professor or at least a high school teacher, but I knew younger children are who I wanted to teach. I'd wanted to teach fourth or fifth grade but ended up getting hired to be a third grade teacher and found it was a wonderful grade to teach. I had as much fun teaching them as they had fun whether it was catching insects for a science class or something else. I had so many parents at parent teacher conferences who told me they wished they'd had a teacher like me when they went to school.

Teaching third grade was both rewarding and fun, too. When I'd been teaching for fifteen years I won the Portage County elementary teacher of the year award. It was the first speech I'd ever made. Also, I was a little embarrassed because there were a lot of good teachers in my elementary school, too.

When I eventually retired my son and two daughters had a celebration for me in a banquet room at a restaurant and invited others, too. I told those who were invited the only thing I wanted was a stone. I'm a gardener and like my father before me who always brought home rocks and stones from our vacation camping trips, I did, too. My sister-in-law went to the house where my parents had lived before they died and asked the new owners if she could have one of the stones  around a garden in the back that my dad had built and lined with the stones he'd brought home. They allowed her to get one.

After I retired I started writing books, short stories and poetry. Originally I wrote under a different name, but then switched to my own name. I took writing classes both online and locally. I'd worked on the writing for at least twelve years. I had managed to get some critique partners fortunately. Two of them I still have. One lives in England and one of these years I'm going to go visit her. The other lives in Cincinnati, I also had one who belonged to my writers group, but she gave up after awhile because she wasn't doing so well on her own writing at that time although she's doing well now. Also, she worked full time and didn't have enough time to edit, too.

When I started selling some of my books, I decided to have a book launch at a room I reserved at the church I belong, too. I wasn't sure how many would come and I had it on a Sunday afternoon after the last mass of the day ended. I had prepared food and my daughter and daughter-in-law helped out with punch and setting up the ten tables we had with table clothes. My son showed up with a bouquet of flowers including two blue roses. He had his little four year old granddaughter with him, too.

Since that time I wrote eight more in the Catherine Jewell series and am working on book ten now. I also wrote a middle-grade book "The Sherlock Holmes Detective Book" that adults seem to enjoy as much as kids do. I'm planning on writing more middle-grade books, too. Actually I've already started one that is a fictitious historical book of a young boy who was left behind in Hiram Ohio, the town where I taught school.

No I never got a publisher, but quite a few years ago someone on Writers Who Kill started self-publishing her books and then I heard of others who were doing it too, so that's what I started doing. No, I can't win awards self publishing, but I'm okay with that. I still have a following who like my books. Someone at Mass last Sunday had bought my first book at a craft show at my church and wanted the next two books in my series and gave me money for them. I don't make a lot of money selling my books, but at least twice a year I get money from Amazon, and I have a teacher retirement income which is not large but enough for me to live on. I have money in savings and I'm not extravagant with what money I have. 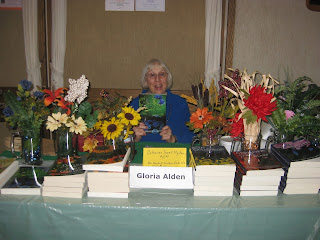 Also, my church has a craft show every December about three weeks before Christmas and I sell my books there. This past December, I sold over $200.00 that day.

Have you ever thought of self-publishing?

What a great post, and rich, full, life, Gloria. Yep, I self-publish and I traditionally publish. Both fill a different need. At the end of the day, it's the writing I enjoy the most.

Your post is an inspiration! Take care of yourself and Maggie.

A fun post, Gloria. I moved from traditionally published to self-published because I made more money that way. For a new series I'm writing, I look at both alternatives.

Kait, how nice that you are able to publish both ways. I haven't tried to traditionally publish again after I started self publishing. I agree with you that it's the writing that's the most enjoyable.

Thank you Margaret. I do take care of myself and Maggie. The daughter who lives closest to me checks on me all the time by either coming to my house or calling me every day.

Jim I really enjoyed your books. I'm not sure if I've read the latest ones or not. Let me know the titles so I can buy them if I don't already have them. I agree one makes more money self-publishing.

Hi Gloria, with your support and encouragement I did finally self publish. It was challenging as a first-timer but I did it. The spacing is off and will require another Customer Service phone call for assistance, but I learned ALOT. I will attempt it again! "Aunt Laurie's Christmas Stories" was just the beginning!

Laura, I really enjoyed your book. You did a great job of writing and publishing it.See you Saturday at our writers meeting.

Your loving (and Favorite) daughter said...

Beautifully written... and a point well made.

Gloria, you never cease to amaze me by all you do and have accomplished. Good for you!

Grace, thank you. Not bad for an 80 year old woman, right?

What about all those travel ticket gifts to come out to California and abroad? Did you forget the Italy Trip your daughter from California took you on for your retirement gift?! :)

You may not be rich necessarily in material wealth but you sure are rich in your soul! Now that's what really counts in this world! Love you Mom!

Mary, I love you, too, and I appreciate all the travel tickets you bought me, especially the ones to Italy and other oversea places.

A full and satisfying life. Not without its sorrows and disappointments, of course, but you have a wonderful family and second career in writing.