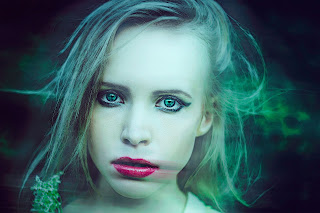 Talk of rebooting Buffy the Vampire Slayer television series has me remembering how much the original series was a secret favorite of mine. Once you accepted the concept, which I have to admit was tough for those not into vampires, demons and such, the writing was great switching between humor, angst, identity and friendship themes. What made it especially interesting to me were a lot of inside jokes about therapy and there was even a villain named Warren. Show creator, Joss Whedon, was willing to experiment. Several episodes mixed in social commentary and teenage angst. Quite a few were funny. I could count on being surprised. There was one musical episode and one absolutely terrifying episode without any dialog at all.

Another secret pleasure of mine was watching some of the plot lines on professional wrestling. One wrestler changed from a pseudo-pimp to a righteous goody two shoes and railed against the “immorality” of the other wrestling characters. A female wrestler who resembled Sarah Palin was referred to as “Gov.” She took other women wrestlers through the wringer making comments about politics. The best part of the story lines managed to satirize aspects of society and poke fun at the business it was in.

I thought of Kermit the Frog on The Muppet Showas a Chekhovian hero trying to wrest order from a chaotic world. His valiant failure never dampened his stubborn optimism even though he knew his efforts were futile.

Tom Hanks went from doing Shakespeare in a summer festival to a bit part in a horror movie before he got a leading role in a short-lived comedy series (1980-1982) Bosom Buddies. He and Peter Scolari played two broke friends who dressed in drag so they can live in a cheap apartment building that only allowed women tenants. The premise was totally unbelievable, I know. The show commented on absurd gender stereotypes and discrimination in a way that was far ahead of its time. Part of the pleasure for me was watching the improvisation between Hanks and Scolari. They had a real chemistry.  The show attracted enough attention that Hanks was able to start his movie career.

An even shorter-lived series, Police Squad, lasted only six episodes in 1990 but it starred Leslie Nielson with smart and funny wordplay plus visual gags like the writers, Jim Abrahams, David Zucker and Jerry Zucker had used in the movie Airplane. Nielson had been a successful actor for decades playing leading men and then villains. In Airplane he played hapless character of Dr. Rumack. For Police SquadNeilson developed the character of Detective Frank Drebin who bumbles through life inadvertently solving crimes as he creates chaos for those around him without even noticing. Nielson’s deadpan delivery worked for him through three Naked Gun movies. And apparently inspired his “autobiography” with claims about the three Oscars he “won” and his torrid “affair” with Elizabeth Taylor.

Love your secret pleasures, Warren. Many of them bring back enjoyable memories of past shows. I wonder if any of them subliminally influenced your short story writing because a lot of them showed wit and style.

My secret pleasure is a recent one: Suspects, a British crime drama show focused on three investigators with three different approaches to solving crimes. The episodes are short, with resolution at the end, focused on the evidence at hand (CCTV footage instead of DNA). Very much like a short story.

We've moved on to Fortitude, which takes place on an island north of the Arctic Circle. Setting as a character assumes primary importance with more polar bears than people.

Thanks, Warren, for sharing your secret favorite programs. My favorites are British detective shows on PBS--at least the less violent ones. "Midsomer Murders" is right up there with my favorites. How can you not be intrigued by a program with beautiful scenery and at least four murders per episode.

Oh I miss Police Story! Only six episodes? That surprised me, and I know I saw them all. Now you've made me sorry I never watched Buffy. The show title put me off and I never gave it a chance. My loss. Is there a lesson there for book titles? Hummmmmmm.


Warren, I don't remember watching any of those shows. My favorite shows were like Grace Toppings on PBS like Downtown Abby and some other shows after that was done. There was one I really liked that I can't remember the name of. It was about a handsome young man who was a detective I think.Later it will come back to me. There were as a mystery series I really liked, too, and Father Brown who is still on PBS. But I think they're repeats now.

.What fun to have such different shows be "secret pleasures!"

I have to admit I never saw any of them.


I will have to give some thoughts to what "secret pleasures" I have hidden in my past.