Sometimes my research takes me to dark places. I think all mystery writers experience this to some degree. While diving into my novel about human trafficking, it became important that I have some understanding of the insidious side of the darknet. For those of you unfamiliar with the term, the darknet is the internet’s “hidden underbelly, home to both rogues and political activists, and accessed only with the help of specially designed anonymizing software. It’s a secretive place, where Arab Spring dissidents can hide their digital tracks, a place where whistleblowers can reach out safely to scoop-seeking media outlets. And, yes, it’s also a dangerous place, where a lot of illicit, underground nastiness occurs.” (http://www.pcworld.com/article/2046227/meet-darknet-the-hidden-anonymous-underbelly-of-the-searchable-web.html)

I had some knowledge of the darknet from my day job as a social worker and advocate, when we fought for stronger anti-human trafficking laws. But that experience was just the tip of the iceberg. What I’ve learned since: the iceberg is huge, and much of it is deep, deep below the surface, for a very good reason.

Some positive things about the darknet:


It was good to learn that darknet had some positive uses, because so much of it is used for far different reasons.
Drug deals happen on the darknet. A lot. Even after the FBI shut down Silkroad, a HUGE drug trafficking operation, sellers and buyers are connecting hundreds of times a day deep on multiple darknet sites. Using bitcoin, a pseudo-currency that keeps financial transaction anonymous, dealers and purchasers connect with seemingly little risk of being caught. 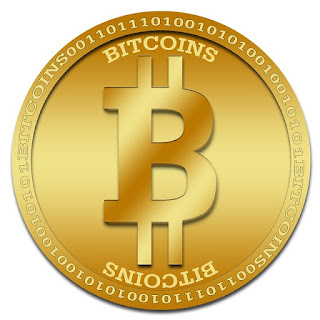 If you purchase drugs on some sites, you will receive ads for other illegal drugs available, just like one sees when buying on Ebay.

You can also purchase an assassin on the Assassination Market, again using Bitcoin. It’s set up to look like you’re merely gambling on the life expectancy of the person you want killed, but you could actually purchase the murder. One researcher found that if he “predicted” the accurate death date for Ben Bernanke, former director of the Federal reserve, he’d “win” $56,000. (THE DARKNET, Jamie Bartlett)

One doesn’t have to go very deep in the darknet to uncover child pornography.  According to Ernie Allen, the founder of The National Center for Missing and Exploited Children, 22 million photos and videos involving child pornography have been reported, making child pornography one of the largest industries to date; grossing US $20-30 billion a year. (http://www.a21.org/) It is estimated that 50,000 people in the US have accessed child pornography (Acton Institute).

Which brings us to human trafficking. 63% of human trafficking victims say they were advertised on line. (http://www.prnewswire.com/) When I talked with local law enforcement about sex trafficking in the US, they suggested I check out Backpage, a dark version of Craigslist. Listings for escort services in my home town of Columbia, SC, included many photos of “escorts” I could hire. Some couldn’t have been fifteen years old. I didn’t know the code (certain adjectives in the description mean things like underage, types of sexual activity they will partake in, etc) but what I saw made me want to wash my eyeballs. The listings updated minute by minute, new faces appearing, more “escorts” offering services.  More victims of human trafficking, all quite close to home.

How big is the darknet? It includes around 50,000 websites, and counting. How does one access it? By going through “The Onion Router,” or TOR, which is a “browser you download from the net… It essentially means that when you go online with it, you can go to any website; you can go to CNN.com with this browser, but it bounces your request to access a website via several different computers around the world encrypting and decrypting your request as it goes, which means by the time it gets to the CNN website nobody really knows where that request has come from.” Presto! Anonymity! (http://www.npr.org/sections/alltechconsidered/)

It isn’t hard to access the darkest side of the darknet. And what happens there can be nefarious.

As I reread what I’ve written, I notice my tone is curiously detached, but I don’t know how else to relate this stuff. I can’t really process why anyone would want to look at child pornography or, worse, purchase a young girl or boy for sex. I have to separate myself from the material I’m describing, or else my stomach would be in knots and I’d never sleep again.

This is exactly what my character does in my WIP. She is a 14- year-old victim of trafficking, and she detaches from what is happening as a way to survive.  How else would one stay sane? Immersed in that kind of evil, how else would one retain their soul? She does though. I had to make her that way.

I’m glad—relieved—my research is done. I sort of wished I hadn’t glimpsed that world, but then again, it’s important that I did. As a social worker and as a writer, I need to know about the dark underbelly of our world. Just wish I knew how to fight it and win.

How about you? Does your writing ever take you to dark places?

My writing tends to focus on financial crimes. On their surface these white collar crimes seem almost antiseptic in nature, but of course they affect real people, disrupt their lives, and when things do not go as planned often lead to physical violence as well as financial violence.

We’ve discussed before whether fictional crime writing desenstises readers from the horrors of crime. Perhaps they do, but books like yours, Carla, also have the ability to make people more aware of what is happening around them.

Only with awareness can change come.

yes, I'm writing about a college student escort service and how those young women were lured into it. And how thankful I am that my youngest just finished college.

Crimes against children are just the worst. I've heard that it is more profitable for gangs to sell young people rather than drugs. The criminal penalties are also lower for trafficking people than drugs. So much has to change.
When I was working on my WIP, I realized that my murder victim was an absolutely wonderful person. I still feel bad about that!

I like to increase awareness as part of my writing. This kind of stuff is hard to process but people need to know!


Carla, I'm glad you do increase awareness. Nothing sickens me more then to read about the arrest of a child abuser and those who are arrested for having child porn on their computer. It happens so often in my area. I'm glad there are those who actively pursue these kind of sickos. As for me, I couldn't write about it. I get emotional sometimes writing about the family of the victims I've murdered off and how they are taking it. A child? No, never a child although I did have a child I loved in one of my books who had to deal with a family member she loved who was a murderer.

Thank you for the excellent explanation of the darknet, Carla. Learning about crimes committed against children is especially disturbing, but I'd rather be informed. I'm glad that you increase awareness as part of your writing.

If you're looking for the ultimate Bitcoin exchange service, then you should go with YoBit.

YoBit lets you to claim FREE CRYPTO-COINS from over 100 unique crypto-currencies, you complete a captcha once and claim as much as coins you want from the available offers.

After you make about 20-30 claims, you complete the captcha and keep claiming.

You can press CLAIM as much as 50 times per one captcha.

The coins will stored in your account, and you can exchange them to Bitcoins or USD.