A Visit from the FBI

Last week our Sisters in Crime chapter had a visit from two FBI agents. It was an informative and interesting evening, and we learned much from Lisa and Jeff, the agents who came.
Actually, it wasn’t the first time I was visited by FBI.

One day when three of my children were in school and only my preschool daughter Mary was at home, two FBI agents knocked on my door and showed me their ID’s. They were looking for information on the bank robbers who had robbed a bank about fifteen miles away. It seems that the robbers had come in through the roof using antenna wire to slide down to enter. My husband had a business on the side from his regular job of installing antennas, back in the day when no one had cable service. He was at work at his regular job so they said they’d come back later. One of the agents commented about one of three kittens Mary was holding. She asked him if he’d like to have one.

“Won’t you feel sad about giving them away?” he asked. She told him no, because Checkers would grow more kittens in the attic.  She was an inside/outside cat and twice a year, she had three kittens in the attic accessed through the garage. The FBI agents returned that evening and checked out my husband’s antenna van. Apparently they decided he wasn’t the guilty one because we never heard from them again.

At our SinC monthly meeting, Lisa, a member of our chapter and an FBI agent, brought a young FBI agent named Jeff, to talk to us. It was a lively meeting where we learned a lot of information about what the FBI does. We asked many questions and got lots of answers. We found out the FBI helps local police forces if they’re asked.

Jeff works for an FBI Swat Team. He not only talked about some of the things he has done as a member, but showed us what they called their toys - things like a “flash bomb,” his vest, shield, helmet, and a backpack loaded down with necessary items. Oh my, was it heavy. We all took turns trying to lift it. He brought in unloaded guns to show us and let us look through a night vision scope, too. We were fascinated not only by his equipment, but different stories he had to tell about the Swat team’s negotiations with someone holed up with maybe a hostage, or wanted for a murder, and the take downs he’d participated in, too. He talked of other Swat team events as well. Bullet proof vests and all, it’s a dangerous job.

I asked what a “flash bomb,” was. Jeff said before going into a room where someone could be standing around the corner out of view, they first look in to see if there’s a child or a hostage in there before throwing in a flash bomb that looks like a skinny grenade. It explodes with a loud sound that shakes the room and a bright flash that would temporarily blind anyone in room, but wouldn’t seriously injure or kill anyone. If they were too close, they might get a mild burn.
The first stationed FBI agents came to Cleveland in the earliest years of the organization. By 1914 they had a bureau office in with a special agent. Over the years the Cleveland FBI agency has grown through wars, prohibition, anti-war marches and other challenges into what it is today.

The Cleveland Division Joint Terrorism Task Force was created in 1998 and has strengthened following the 911 attacks. They investigate National Security Priorities such as protecting the U.S. from a terrorist attack, against foreign intelligence operations and espionage, and cyber-based attacks and high-technology crimes. Working with over 40 local, state and federal agencies, they run down any and all terrorism leads as well as develop and investigate cases and provide support for special events. They work at cutting off terrorist funding as well as sharing information with partners worldwide. They also have satellite Joint Terrorism Task Forces working out of Akron, Canton and Toledo. 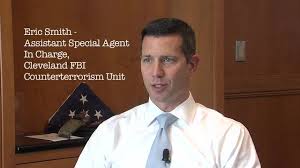 Today, more foreign spies are trying to steal more of our secrets from more places than ever before. What they want is our country’s juiciest classified information, from military plans to national security vulnerabilities of our own intelligence activities.

The FBI takes care of criminal priorities, like combating corruption by public officials at all levels which might involve bribery, antirust, environmental crimes, election fraud and other crimes that fall in this category. In Cleveland, they have a dedicated foreign counterintelligence squad that works to keep weapons of mass destruction and other enhanced technologies into falling into the wrong hands.

Lisa Kaplan works in the Civil Rights unit. The FBI is the lead agency for investigating violations against civil rights. They take seriously their duty to protect against hate crimes, color of law abuses, human trafficking, and freedom of access to clinic entrances violation.  This also includes pornography, especially child pornography. 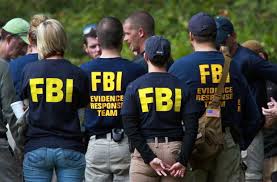 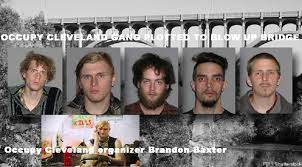 Today the Cleveland FBI has two squads dedicated to fighting the white-collar crime. One focuses on general fraud, and one focuses on health care fraud.

And, of course, the Cleveland FBI combat significant violent crime in Cleveland and other local communities. They especially focus on issues like crimes against children (including online predators) the search for wanted fugitives, serial killings, kidnapping, murder for hire, bank robberies and special crimes like the carriage of weapons on aircraft and crime on the high seas. Yes, they have a unit trained to take care of crime on local waterways including Lake Erie.

So who are the FBI agents? What background do you need to become an FBI agent? Well, according to Jeff they come from all fields. He has a degree in accounting and first started as an agent dealing with that kind of crime until he transferred to Cleveland to work with the Swat team. Lisa is a lawyer. According to the two of them, the FBI agents come from a huge variety of various professions before they joined the FBI. It makes sense, doesn’t it, to have such a wide variety of different skills. 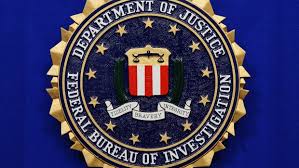 As for me, I admire the work they do, and I’m glad we have such a versatile law enforcement unit.

What contacts have you had with the FBI?
Would you like to be an FBI agent?

Email ThisBlogThis!Share to TwitterShare to FacebookShare to Pinterest
Labels: The FBI and what they do.

I never had a hankering to be a G-man. (which, for reasons no longer clear to me, is what FBI men were called – and in my time they would have all been men. Okay, so I looked it up: stands for Government-man.) I think having lived with the FBI under Hoover, I never considered it a benign organization. That statement probably says more about me than about them, but Hoover’s excesses in breaking the law targeting civil rights and antiwar protesters never set well with me.

I have, however, met a number of individuals who worked for the FBI and got along with them very well. And in one of my novels I have a character who works undercover for the FBI.

Jim, I thought of putting something in about Hoover, and then decided against it more because it would have made my blog too long, and also because although he was a bad character that undermined much of what the FBI do that is good, I'd prefer to see what good they do now although there are always a bad apple in every organization, I want to think that this is an upright group fighting for our country. Besides, I admired the two who were talking to us.

I liked the FBI character in your book, Jim.

That sounds like a really fascinating evening, Gloria. It is especially interesting to hear that agents come from so many different backgrounds. It does make a lot of sense - I read recently that here in the UK there's a real shortage of police who are qualified to investigate financial crime.

Has it inspired you to have the FBI involved in a case at Portage Falls?

fascinating, Gloria. A young man who attended high school with my kids became an FBI agent.

That's fascinating Gloria. Especially hearing how they operate so close to home.

I used to scuba dive with an agent.He had some stories. Especially after the tragic shooting of agents in Miami years ago. Then in grade school, we were asked what our fathers did. One of the children got very red in the face and said she couldn't tell. The nun asked her to come up to the desk and explain. Lee did. The nun told her she could say he worked for the government. Lee and I were friends so she shared that her father was an FBI agent and he had told his children not to discuss his profession. This was in the early 1960s around the Cuban Missile Crisis. Although I didn't realize it then, in later years retelling the story, I have wondered if her father wasn't involved in that in some way.

Hi Gloria,
It was fascinating to read about all the different roles the FBI plays. How exciting that you got to see their equipment up close!
Since I live close to Washington, DC, I've met several agents, mostly through my children's activities. Off duty, they do seem like any other parent! But their children, and the children of many other friends, do still say simply that their parents work "for a government agency."

Ann, I never thought of that, but who knows what may come up in a future book.

Margaret, a niece of mine was married to a guy who had been interviewed by the FBI for a position, and it was pretty sure he'd get it. Unfortunately, he died in a motorcycle accident before it happened.

Kait, I'll bet that's exactly what he was doing. I imagine there was a heavy FBI presence in Miani at that time.

Shari, Jeff told us before he actually started that he'd talked to his daughter's sixth grade class about his job. Afterwards, she told him he said "um" a lot. Of course, then I noticed that he did do that a lot. I'm not sure I would have noticed it as much if he hadn't told us that story. However, he was very interesting and informative.

Kait, when I was a kid, the teachers were careful to never ask anyone to discuss their parents' jobs. And it wasn't because of the number of FBI or CIA agents in the community. An awful lot of the stuff that appeared in the neighborhood "fell off a truck" or "was an overshipment at the airport."

Gloria, it sounds like your SINC chapter has done a great job lining up enrichment and resource meetings for you.

KM, I think they do, too. For quite a few years we were just a group of mystery writers who got together at a restaurant to talk. And then when Bouchercon picked Cleveland for the convention about three years ago or so, we organized into a sinC chapter to help put it on. What started out with no more than maybe ten members, is now much, much larger. We have a one day writers retreat coming up in Sept. and Nancy Pickard will be out speaker. We've even had Hank Phillippi Ryan one year.