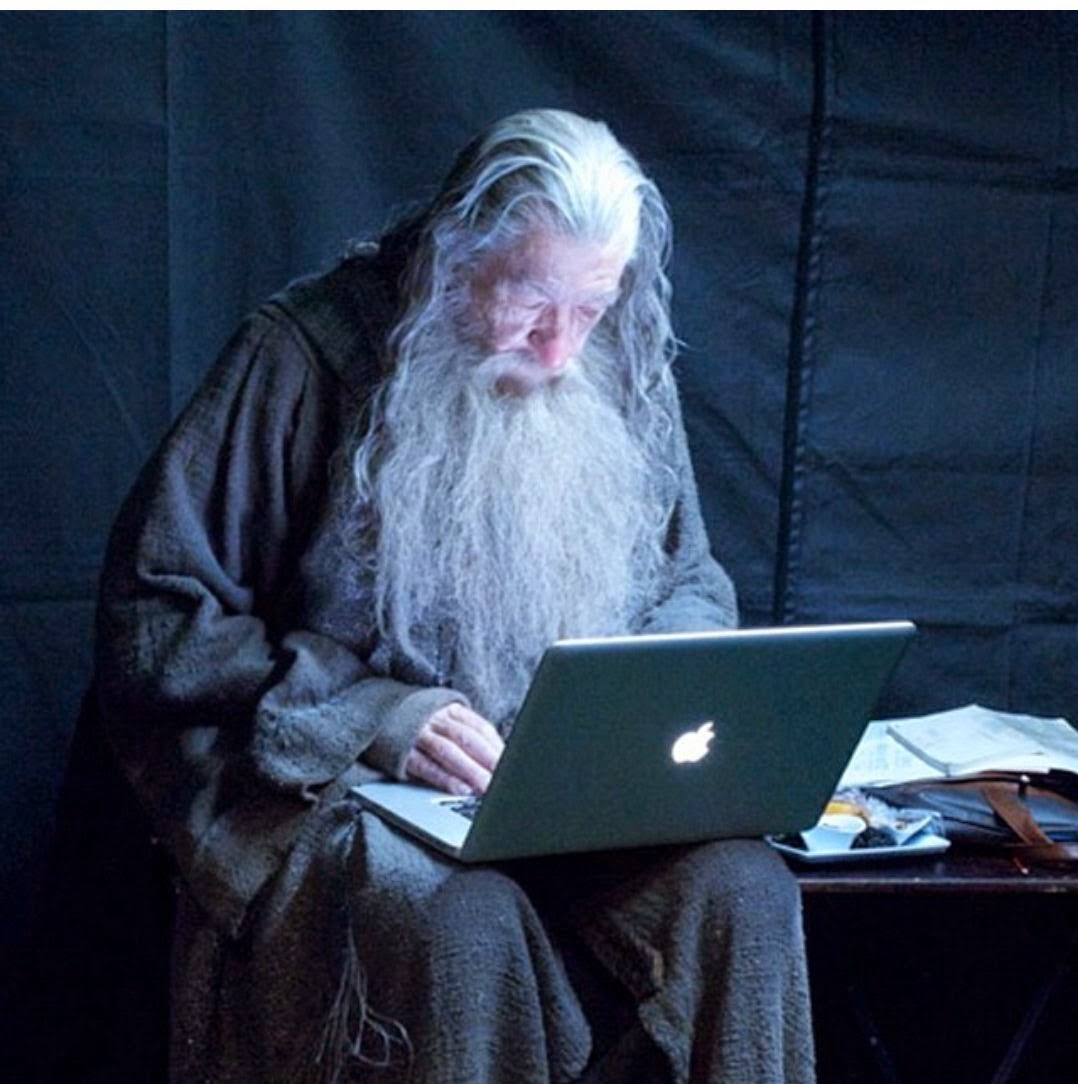 My youngest son is writing a mystery novel. He’s been making notes on his ideas in the tiny bits of time he’s had between teaching writing classes as an adjunct at one university with an hour’s commute each way and more online writing classes at another. For those of you who’ve never done it, teaching writing is very time-intensive because a good teacher gives a number of assignments and then goes over them each in detail, giving feedback as well as a grade on the final versions. But now, he has a permanent, full-time position with the one university and will be moving to live within walking distance in a few months, so he can see himself really getting started on his book.

He’s told me quite a bit about the series he wants to write, and I think it’s going to be a great and unique mystery series. (But of course, I am his mother.) Right from the beginning, one character he’s described has caught my imagination. I can imagine writing a fabulous series of books with this character as the protagonist. Because of her background, I can see so many stories opening out of her character. There’s so much possibility there. My son, on the other hand, likes this character he’s created and described to me, but he sees her as a sidekick, not the protagonist. He has a different character in mind for that. So we have a bit of good-natured give-and-take on this subject.

This happens in different ways for different writers. In my novel writing group, I have dedicated writer comrades who are excited and attracted by characters that I would never want to write an entire novel about, although I love reading theirs. I enjoy reading well-written novels about characters in whom I doubt I would ever find the spark of fascination that it would take for me to want to write their stories. That sense of potential is not necessary to read and enjoy a book or series about a character, but I do think it’s necessary to sustain the labor of writing a good novel or, certainly, a series of novels revolving around a certain character.

I have written novels that were ultimately unsuccessful, books that I couldn’t revise into anything more than quite competent, no matter how I tried, manuscripts that I’ve buried and made sure will never see the light of day again. Always, the problem with these novels has been that I was intrigued by a situation and invented characters to go with it, but then there wasn’t that sense of possibility unfolding out that I needed to really catch fire in writing that book. They just never rise above high-quality professional exercises. They never come to life. So I’ve learned to start with character and to find at least one character that opens windows and doors of potential narrative for me—if I can find more than one in a book, that’s a huge plus.

If you’re a writer, have you found similar things in regard to your attitudes toward what characters you’ll write about? If you’re a reader, have you read books where the author obviously never made that kind of magnetic connection with character? What do you think of my thesis?
Posted by Linda Rodriguez at 12:30 AM

In my experience interesting characters have a way of calling attention to themselves. They may become the protagonist in later books or they may become a regular important character over time. In Robert B. Parker's first Spenser novel (The Godwulf Manuscript)
Spenser detects alone. He meets a Black man with a criminal background who is much more interesting than the hero. In the second book Spenser meets Hawk.

yes, character first. When I read Daniel Silva's books I always wonder why I'm rooting for an assassin. But it's Gabriel, I like him, I'm fascinated with his painting restorations, and I want to know what happens to him.

I thought because I wrote spare mystery/suspense that I was plot driven. But then I realized that I am totally character driven. The [expletive deleted] characters get into all sorts of situations I didn’t plan, and they give me a little smile and say, “Sorry, but it’s what I had to do.”

Those characters are the ones that stay with me. If I can push a character around, I’m likely to kill them off.

Margaret's example of Daniel Silva's Gabriel Allon is a good one. He's hooked me as well.


I think characters are very important, but in addition to good characters, I think a good plot is important, too. I tend to like my murderers more than my victims. Victims are my slow away characters, but I put time and thought into who my murderer is and what brings them to feeling they need to murder someone.

Like E.B. I write in multiple POV, too. I think in a series this is important because different readers get attached to different characters and like it when they return.

Warren, Spenser and Hawk are good examples. I wonder, if we did a survey, how many other secondary characters would we find who outshone the protagonist.

Margaret, isn't that amazing? When writers are able to bring us to root for and follow an art thief, assassin, or in some cases, a serial killer, it's all about the character.

Jim, yes. the plot's vital, of course, but it has to arise out of the characters, their inner motivations, and the interactions with each other.

EB, it's very tough to try to have more than one main character, as in protagonists. Usually, even when we have several important characters, one will predominate in each book, although it might be a different one in a different book in the series. Otherwise, it's a very hard sell. Not sure readers have the same problem with it that agents and editors do.

Gloria, it's smart and a way to a good, strong book to spend lots of time on your killer/antagonist. That's the second most important character after the protagonist.

I should correct myself also. More than one protagonist is not an uncommon thing in big, epic fantasy novel series. Think Lord of the Rings. Is the protagonist Frodo? Aragorn/Strider? Gandalf?

Interesting distinction, and maybe one factor that makes a book really good is supporting characters strong and defined enough that they could be protagonists.

Some characters "speak" to me and demand their stories be told. Often I feel like I am just following along telling a story.

I try to tel myself that, since all these characters and plots rise from somewhere in my foggy brain, I should have some control over them, but that's not the case.

The first mystery novel I wrote (which will never see light of day, for good reasons) had a number of potential killers. As I reached the end, I realized I had been wrong all along about who the killer was.

Maybe that's one reason most of my books have less of a "let's figure out who did this" component than a (hopefully)suspenseful watching events unfold. It's tough to write a story when you're mistaken about the ending.

Mary, I think you're absolutely right. That is what makes a good, strong book. With multiple strong characters butting heads in one way or another with each other, you're going to get some fascinating plots.

KM, yes, many of us have encountered a book where the murderer wasn't who we intended--and the book was usually stronger for it. I've had that happen, even when I had a carefully constructed scene-by-scene outline, and the book ended up much stronger because the character I intended as the murderer refused to do it and a different murderer presented himself to me.

There are a few series I can think of where I find the supporting characters much more interesting than the MC, especially in humorous mysteries where the MC becomes the straight man. Sometimes this works, sometimes not. But I do feel a bit cheated when I've stuck with a series because no new windows or doors are opening for the MC (love that image, Linda!) and I want to go through a door with a supporting character instead. (I guess that is what fan fiction is for!)
Also, I think it would be fun to see what you and Joseph could come up with together ;)

Oh yes, Shari. To me, the sign of when a series is over is when no new windows or doors are opening for the protagonist. That's why, for some people, resolution for the protagonist's love life through marriage and family kills the series. Doesn't have to, of course. Witness Deborah Crombie's great British mystery series with Duncan Kincaid and Gemma James. It just keeps getting better as they must accommodate the changes that a growing family brings to their professional and personal lives.

I'm always attracted to strong female characters. There are just too many books where the love interest saves the woman. She can save herself!

Well, see, Sarah, if she is helpless and has to be saved, there aren't going to be many windows or doors of potential opening out for that character.