The Man Who Saved The World 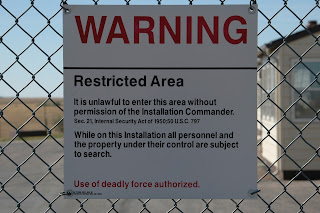 We have been bombarded with apocalyptic and post-apocalyptic books, movies and television shows about how the world will end on December 21, 2012. Round up the usual suspects: ice age, asteroids, meteors, mega-floods, solar flares leading to loss of power, global earthquakes, environmental disasters, rats carrying bubonic plague, nuclear war, alien invasion, takeover by artificial intelligence, out of control nanotechnology, death stars, shifting poles, and vortices swallowing the earth. It’s all fairly frightening…and a good scare sells.


But has the world been close to destruction in recent years? If so, what happened? Spoiler alert: Human judgment saved the planet. 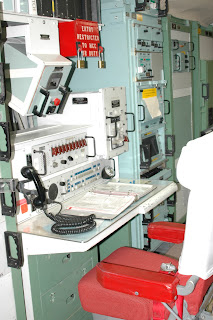 While on vacation in South Dakota, I toured a Minuteman Missile Launch Control Facility located thirty feet underground. It was built during the Cold War and capable of launching missiles to hit Russia with a total flight time of thirty minutes or less. A crew of two was locked in a small room enclosed by a thick metal door; each duty shift was twenty four hours.


I asked the tour guide if there were any near misses where nuclear warheads were almost launched. She said there were small incidents in the U.S. but an almost catastrophic event in Russia.


In 1983, Lt. Colonel Stanislav Petrov was in charge of the Soviet early warning system. They had nine satellites in orbit to watch for rocket plumes over the U.S. which would indicate nuclear warheads launched.

On September 26th he received a signal confirming a rocket launched from the U.S. He had twenty-eight minutes to confirm authenticity of an attack. All computer equipment pointed to an imminent attack…except there wasn’t visual confirmation. He waited. Petrov was afraid if he informed high command that a retaliatory strike against the U.S. would be ordered. This would set off an unalterable course of nuclear war.


He and his crew checked but couldn’t find fault with the warning system. After all, it had thirty levels of checks before confirming a launch. Another alarm sounded and the display showed more missiles launched. He had twelve minutes before the missiles were to hit. (Talk about a ticking time bomb.)

Three times the alarms sounded. But Petrov waited. He ultimately decided it was a false alarm. I can only assume he and his crew were ecstatic when bombs didn’t hit Russia. Eventually they figured out that reflected sunlight from the earth into satellite lenses was triggering false alarms.


Our tour guide said that Petrov wasn’t shot or jailed for not informing superiors but wasn’t rewarded either. A few years ago he took the same tour I did to see the Minuteman facility. In 2006 he was honored at the UN and became known as the man who saved the world.


So, when we bypass destruction on December 21st and ring in the New Year, let’s toast Stanislav Petrov (and other unknown heroes) for saving our planet with their good judgment.

Do you remember where you were in 1983 when the world almost ended?
Posted by Kara Cerise at 12:00 AM

My father would have been able to answer your question because he faithfully kept diaries since he was a teenager.

I, however, have no clue -- except that since 9/26/1983 was a Monday, I was working. Most likely I was in the White Plains, NY office of A.S. Hansen, inc. (later acquired by William M. Mercer, Inc.) unless I happened to be traveling that day.

I suppose others knew what had happened, but I confess that this is the first I've heard of this incident. We think about what would happen if...only to find out that it's already happened. I don't like that false sense of security. At least when Three Mile Island occurred, we knew what was happening. Or was I just out of the media loop? Was this publicized?

I had come home from my honeymoon early due to a Northeaster in the Atlantic, gone to my husband's grandfather's funeral and resume work after my vacation. And all the while ignorant.

What a cool story, Kara! I will definitely send a silent thanks to Mr. Petrov. I don't remember exactly where I was, but on that day, I was probably in school (I was 13 years old).

I don't believe in any of this "world is going to end" bunk anyway, certainly not by what's said on some Mayan calendar or televangelist trying to scare some money out of people. And I like to think that our enemies will think more than twice about starting a nuclear war, since their lives would end as well; a sentiment that was beautifully sung in Sting's song "Russians."

Jim, I'm impressed that your father kept diaries since he was a teenager. He was a writer, too!

I think recorded personal experiences are invaluable to understanding history, and a gift for future generations.

I was surprised when I heard this story, too, E.B. I don’t recall learning about it in school or hearing it discussed on TV.

It’s very scary to think we all go about our lives not knowing how someone’s decision is changing the course of history.

That was a beautiful song by Sting, Alyx. On a hopeful note, our tour guide said that Russia and the U.S. are continuing talks about destroying even more nuclear weapons.

I don't ever remember reading or hearing about this. You'd think I'd remember it, but maybe not. How horrible that could have ended.

Over the years there have been so many dire worries like that with Iran right now, but somehow mostly it doesn't come to pass. Although there are some politicians rattling sabers wanting to go into Iran, Syria and/or Libya. As if we need another war in the mideast.

And then there were the atom bombs dropped on Japan, which was devastating for them. You'd think we would all have become more peaceful by now, wouldn't you.

It does seem like there are always dire worries and warnings, Gloria. It was wonderful to hear about a person who used good judgment and common sense to prevent a catastrophe.

Warren, sometimes the best stories are the true ones!