When doing anything in life you'll find there are people who want to give you all sorts of advice.  Just ask a new parent or anyone who wants to become an actor/actress.

The same is true in the writing world.  There are so many do this/don't do that scenarios that a person can go crazy trying to assimilate them all.  Furthermore, it would be impossible to do so, because the advice is going to be different depending on who you ask.

For instance, there's the whole adverbs debate.  On one side of the argument are those who will tell you to avoid adverbs at all costs, like they're some sort of poison for your writing.  But on the other side are those who think that, used in moderation, adverbs are a useful writing tool.

Then there's the argument over dialogue tags.  Some claim that a few different tags (shouted, whispered, etc) are fine, again used in moderation, while others think you should only ever use "said."

You'll even hear differing opinions about how to write.  Some are plotters and some are pantsers, and there are even some who use a little of both.  And in each case, I've met those who swear that one way is better than the other.

And then you've got the whole discussion on how to publish your work.  Do you only go the traditional route and find an agent?  Or maybe you try the Indie publishers.  Then there's always self-publishing on Amazon.

There's a lot more advice that I couldn't begin to cover here in one blog, and every writer will hear both sides to each argument, depending on the day and to whom they're speaking.  And it's not only fellow writers that you'll meet at your SinC meetings.  There are scads of books written by well-known authors designed to give you their tips and tricks on how to write.  Stephen King, Sue Grafton and Janet Evanovich are the ones that immediately come to mind. 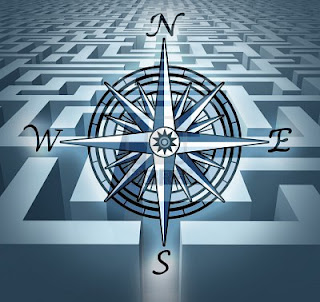 The problem is, how to navigate through these bits of advice and choose the path which works best for you.  It's very hard to say, because for every "rule" there's a person who's gone against that rule & done very well for him/herself.  JK Rowling is probably one of the best examples of that.  Even today, people argue over her use of adverbs & overuse of "said," but she's clearly doing okay for herself.

Well, as with any advice, you need to keep the kernels that work for you, and ignore the ones that don't.  That's hard to do when you're just starting out, because you want to succeed, and you're being given this advice by published authors.  They've obviously done something right, but maybe it just doesn't sit well with you.  When that happens, try to remember that their "something right" was right for them.  It might not be right for you.

There's also the possibility that it's just not right for you at this time.  I've received advice in other areas of life that I've heard multiple times over several years, and it wasn't until I was in a certain place in my life that I was ready to follow said advice.  Maybe I'm just stubborn, or maybe I had to experience other things first before I was ready.

Bottom line, be true to yourself.  By all means, pay attention to every bit of advice you hear, because there are some gems of wisdom out there, and they're being given to you by people who want you to succeed.  But don't drive yourself crazy by trying to follow them all; there's no way you possibly could.

There is one piece of advice that all writers agree on, and I think it's the best one out there:  Write, Write, Write!
Posted by Alyx Morgan at 12:00 AM

You also have to consider trends, Alyx. Those who are closer to the game than we are know what is selling. Trends effect those sales. One year, editors will throw every ms. out that has a prologue. Another year, anything with vampires sells. No one should write based on what is current now, but then to turn a blind eye to it would be counterproductive.

I think your bottom line is the correct one--write,but also think about the critiques you get very carefully. I've learned so much from my critique partners that I would never have learned on my own. Learning craft is part reading and part writing to put into practice what you've learned through critique partners and through classes.

If you can tell a marvelous story that sucks the reader in, most readers will forgive a bit of verbosity, affection for adverbs and the occasional, "he exclaimed."

For the rest of us authors, it makes sense to pay attention to the current writing trends because they came about for a reason. In the age of Twitter and GoogleEarth, the rambling descriptions of 19th century writers are no longer interesting.

If individuals want that kind of detail they use the internet to get it and the rest don't care and won't read it.

It is crucial when listening to advice to understand its basis. Take for example the "no adverb rule." It took me some time before I understood that whenever I used an adverb it was because I had employed a flaccid verb that needed a crutch. Almost always I could replace the combination with a strong, active verb and improve the sentence.

While I agree writing, writing,. writing is critical, and rules are only guidelines, I do suspect that only by understanding and being able to follow the "rules" can an author successfully violate them.

I think there are a few rules that are actually rules such as formating, spelling and grammar, unless, of course, you can write dialect as well as Mark Twain. EB and JIm make good points.

Great blog. I think rules/structure are very important for new writers. But with experience, give yourself permission to break them. It works best if this is a conscious decision rather than cluelessness on the part of the author!

First off you have to write what feels right for you, but it's also important to follow the rules of good writing as well as a little restraint. For instance the use of body language? Yes, but I've read work that used way too much body language. Description? Yes, but again restraint is needed.
As for careful outlining vs letting it flow from the pen, it's not an absolute rule. It depends on what works best for the writer.

Alyx, with so many poised to launch into NaNoWriMo I think your post is a very timely one. I've heard so much advice going back and forth lately that I've wondered when people were having time to just put pen to paper, or fingers to keys, on fiction instead of speculations. Thanks for the reminder: you have to have a product before you can revise with a hope toward publication.