I recently had a conversation with a friend in New Zealand who commented that he had to be careful with what he said to Americans about the presidential election because people for both candidates are easily offended.  I think he’s right.  It seems to me that many people in both camps have locked themselves into a way of perceiving the election, and maybe the whole world, in a way that discounts any information or opinion that diverges from their preconceptions.  Many of us are like separate bubbles in a sheet of bubble wrap, i.e., we feel complete and whole. We don’t acknowledge our common connections. 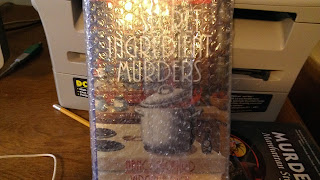 I believe the last time the American population was as polarized as now was shortly before the Civil War.

Governor Romney’s error during the second presidential debate in stating President Obama did not immediately denounce the killings in Libya as, an “act of terror” could be a reflection of the current state of politics. Apparently there was, and may still be, statements on right-wing blogs that the President did not use that language until weeks after the tragic events in spite of the transcripts and videotape showing that he did. The actual statement was ignored because it did not fit the stereotype of the president as weak on foreign policy.

Putting politics aside for the moment, logically why wouldn’t President Obama describe act of terror as acts of terror?  If Governor Romney had been president, I believe he would have used such language.  I can’t think of any past president of the United States who would not.

Some time ago a friend of mine mistakenly said Governor Romney told the press he had not taken part in the war in Viet Nam because he was personally “too valuable.” to risk his life in a war he had supported.  I’ll give my friend credit for admitting and correcting the statement, which originated from a politically satirical source.  Of course, Mr. Romney didn’t say anything like that. Who would?  It went around as a rumor because it fit the stereotype of the Governor as an unusually privileged person.

I have heard comments suggesting that each contestant has a close personal tie with the devil.

It is comfortable and comforting to interact with people who share our values and beliefs.  It’s reassuring to interact and have our beliefs supported. But when we exclude people with other ideas and values we risk ending up with perceptions that are more idealized and/or demonized than realistic. 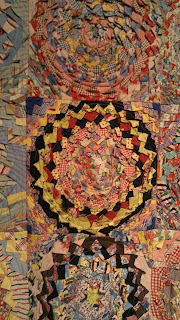 I agree, Warren. I learned a college word in freshman Sociology class that I think applies here--ethnocentrism. Although with the Internet our world seems to be shrinking, even within the U.S., let alone the world, cultures and values are diverse. Learning leads to understanding. But there are differences that sometimes form a gulf that can't be bridged. It is then up to us to preserve our values and liberties the U.S. Constitution provides.

I'm so ready for this election to be over and then hope we can find some way to actually TALK to each other, regardless of which camp we're in.

I'm not quite sure the population is as polarized as the current crop of politicians. To be fair, that may have been the case before the Civil War until the Secession occurred (or maybe even until the first shots were fired.)

My mother has a solution that I repeat with attribution whenever possible: any vote for candidates comes with a box at the bottom "none of the above." When you check the box it subtracts one vote from each candidate. The winner is someone with the most votes, and the number has to be positive.

If no candidate gets a positive vote, the parties try someone else. Continue until someone wins under the rules.

It would force parties back to the middle, where most of the voters really would prefer to be governed.

It will be a relief.

James. Your mother is a wise woman.

James,your mother is such a wise woman. I vote that she be allowed to overhaul our extremely dysfunctional political system.

Warren, thanks for not outing me.

I was the friend who sent the satirical post thinking it was true. It wasn't from the Onion or any known satirical outlet but a new one that had just started up and it was written like an actual news article, so I got fooled. One of the big problems I've seen with this whole electoral cycle has been the extreme stances politicians (on both sides) take that would seem surely to have come right out of the Onion's pages, but unfortunately turn out to be things people in political office are actually publicly saying or espousing.

I'm so ready for it to be over.

In this election it is hard to tell reality from satire. Nobody would believe it if it were written as fiction.