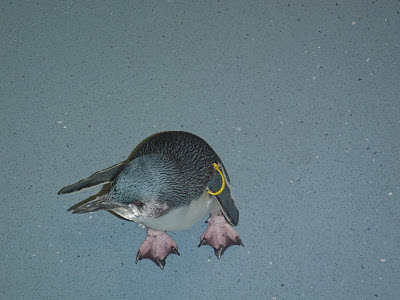 One of the joys of travels is learning new ways of expressing yourself. This is a blog I wrote while

that we in the United States tend to favor. An aerosol can on a bathroom shelf of a Bread and

Breakfast we stayed at in Wanaka said it “ends toilet odors.” Isn’t that more what we really want? No

pussy footing around with “air freshener.” 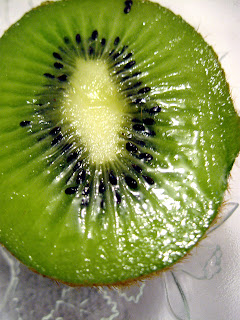 Outside the train station Graymouth a building on one side of the street had a sign — “Eat and Drink.”

A building on the other side of the street had a sign — “Beds.” Any questions? Any confusion?

The traffic bumps to slow cars are known as judder bars. That’s descriptive.

A sign on the Canterbury University campus reads, “People prepared to make changes.” This too, I

believe is another example of straight talk. It is, after all, up to these people, whoever they are, whether

or not they actually make changes. Maybe they’ll decide things are just peachy the way they are and

keep everything just as it is. 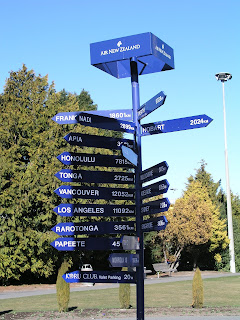 Since there is no tipping the cost of a meal or a taxi ride is what the tab says. No complicated math

listeners to “rug up.”

Grocery carts are known as trolleys or better yet, trundlers.

Responding to grumbling, “Build a bridge and get over it.”

If you get a sore throat you take “Throaties.”

The student centre is offering a seminar about, “flatting” for students who have not, “flatted” before i.e.

renting an apartment (a flat) with a roommate.

he now considers himself a "Chiwi."

For authors when a book is reprinted it is known as a “Revived Edition.” I really like that.

driving not checking out your body.

What have you heard on your travels?
Posted by Warren Bull at 12:00 AM

A country's language says so much about it, Warren. I remember being in England and reading a shampoo bottle, which stated, "for greasy hair." It made me laugh, but I also thought it crass. We like to hide behind our language, which is polite and graceful making allowances for human flaws.

Put the gun down and walk away from the bear slowly. I've got you covered.

New Zealanders are fond of Tofee Pops and Tim Tams which are scrumptious.

Kiwis and Aussies are wonderful people. I highly recommend a visit.

It is amazing how our common language has spread out into such different branches. I'm like you, Warren, I prefer the direct approach in language. In the States, our advertisers and politicians have left us with a lot of euphemisms and doubletalk in our daily language. When "assassination/murder" becomes "termination" in national discourse, as it has, we're in trouble, I think.

I've always wanted to visit New Zealand. Now I do more than ever. Thanks for the interesting and fun blog, Warren.

What irritates me is non-apology apologies. "Inappropriate behavior" is choosing the wrong fork for the salad, not a label for assault, theft or sexual harassment.

Warren, you're so right. I hate hearing--"My behavior was 'inappropriate' when I raped you/slugged you/tried to force sex from you/etc." No real "I'm sorry" in there. It amounts to "I'm sorry I got caught and called on it."

I remember in NZ the delicious, soft almost overly-sweet chocolate and coconut treats known as "afghans", the common meal referred to as "fush and chups", and the very common use of the term "cheers" as in thank you or that's correct.

Afgans are delicious. I think "cheers" might have been imported from England.

I met a man while walking today who wore an "All Blacks" T-shirt. Go team!

Filing this away for my Kiwi character! (Still waiting to figure out how she got to Montana and into my story.) Thanks, Warren!

Leslie, How old is your character? Many Kiwi's have an OE (Overseas experience) after high school or college that involves working for few years in a foreign country before returning to NZ. We met a couple who met each other after working separately in England and while touring in Asia before returning to NZ.