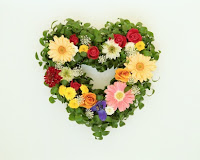 Who killed Vanessa Pham? It’s been two years since her death. I still ask myself that question every time I drive by the shopping center where she was last seen alive and when I pass the area where she was found stabbed to death in her overturned car.

It was heartbreaking since this talented, beautiful nineteen year old girl had her whole life ahead of her. She was going to be a sophomore at Savannah College of Art & Design in Georgia, just hired as a nanny and staying with family at her home located in the Northern Virginia area. When I first heard about this tragic murder I was shocked not only because it was brutal but that it took place in the middle of the day in a busy area a few miles from my home. It’s a baffling mystery.

On Sunday, June 27, 2010 about 3:00 pm Vanessa drove her two–door Toyota to a shopping center and briefly stopped at a nail salon. Video surveillance shows her car leaving the parking lot about twenty five minutes after her salon visit. Ten minutes later and one half mile away, she is dead with multiple stab wounds to her chest.

What happened in the ten minutes leading to her death? Reports indicate that she was alone in the nail salon and didn’t seem in distress. Did she meet up with a friend outside? Or, did a stranger grab her and force her to get in the car with him? In the parking lot, near the stores, there are rows of 30 minute only parking spaces. That would be an opportune spot for an unknown person (car-jacker, mugger etc.) to wait for a victim. I don’t know if she parked in one of those spaces or not. People watching the surveillance video point out that it looks like she hesitates a few times before finally pulling out of the parking lot onto the street.

If she was alone in the car when exiting the parking lot did someone accost her while she was stopped at a traffic light? It’s not unheard of for a stranger to jump in a stopped car. Or, perhaps she was in a fender bender and became the victim of road rage? However, this is a busy area of strip malls, restaurants and a school. If someone did jump in her car or she rolled down the window to respond to someone and was stabbed, I have to believe that another motorist saw something.

As I drive down the same street where Vanessa drove I see two drive-through car washes and a gas station. Did she stop to get gas, a car wash or vacuum her car? If so, it’s possible that someone approached her there. Hopefully, police looked at surveillance video from the stores surrounding the route they believe she drove.

One motive that I considered but haven’t heard mentioned is gang initiation killing. When I lived in Los Angeles the initiation to become a member of a gang was to kill a woman. The young initiates dressed to blend in, hunted in twos and stalked victims in shopping area parking lots. This happened to one of my acquaintances. Two guys with knives approached her as she was getting into the driver’s side of her car in a mall lot. They told her to move to the passenger seat and she said she couldn’t because the stick shift was in the way so they let her out of the car to walk around to the other side. Thinking quickly, she threw her keys away, screamed and ran to safety. I’ve read there is a large gang presence in the D.C. metro area and there have been gang initiation killings of people unrelated to gangs. Perhaps police considered this possibility but discarded it.

After ruling out close friends and family, the Fairfax County police now believe it was a random act of an unknown killer. However, one outside retired police officer turned private detective has a feeling the killer was a woman and someone Vanessa knew. He believes that a man would be more apt to slit a victim’s throat or choke her rather than repeatedly stab. He also believes that the quick time frame suggests that someone was angry with her and hiding in her car.

There are many theories but still no answers. All we know for sure is that there is an unsolved murder, a killer on the loose and a grieving family. Although we often write about murders and include realistic details it’s important to remember it shatters lives and to treat the subject carefully and with compassion. I will continue to honor this young woman’s memory every time I drive in that area.

Has a real life murder touched you?
***

Link to surveillance video pieced together of her car entering and exiting the parking lot:: http://www.fairfaxcounty.gov/police/news-releases/2010/070710vanessaphamvideoreleased.htm

Article with timeline of murder and map:
http://www.fcnp.com/news/7007-police-vanessa-phams-unknown-killer-a-threat-to-public-safety.html

A teenager at the church I attended was abducted and murdered. I had moved away several years before the event and so my picture of her was as a little girl joining the other kids at the chancel each Sunday for the children's story.

I sat as a juror on a murder trial in the mid-1970s. Triggers, such as your blog today, cause me to pause and remember Maria Fasching. I wonder what she would be doing now if Joseph Kallinger had not killed her.

She was a nursing student (or new nurse, I've forgotten now) only 21 years old who had gone to a neighbor's house to check and see how one of the neighbors was doing. Her last voluntary act was one of charity and it cost her life.

At least in both the cases that touched me, the killer was found and convicted. How difficult it must be for the family to just not know.

Jim, I think it must be terrible not knowing what happened to a loved one. I heard that the family of Ethan Patz (the little boy who was killed in New York in 1979 and was the first to have his picture on a milk carton) stayed in the same apartment just in case he came home. Now that a suspect has been arrested, I hope they have some peace.

Kara, I've written on WWK before about one murder that touched my life. Another involved two young men who were acquaintances of mine. They were 19 and 20, immature and trying to be cool, as so many are at that age. An older guy with a motorcycle rode into town. He seemed ultra-cool to the guys. He bought them liquor and drugs, got them higher than they'd ever been in their lives. Then he said, "Let's get a cab." No one in town knew that he was fleeing murders in several other states--murders of cab drivers.

In the cab he directs the driver to a deserted spot while the two guys are bobbing their heads to music on a boombox one of them was carrying. At the destination, the older guy pulls out a gun and robs the cab driver, then shoots him. Suddenly, they're terrified that he'll kill them, too. He tells them they're accomplices and will get the death penalty, so take the gun and get rid of it.

A day later, after coming down, one boy can't stand it and goes crying to his dad. The two boys show the father and then the police where the gun is.

They help the police catch the killer and testify against him without arranging any deal for themselves because they're dumb kids. As far as I know, they're both still in prison, serving their life sentences.

I've never had any personal dealings with murder, fortunately. Death of a loved one is hard enough to deal with without having it be something like murder. Kara, Jim and Linda your stories are so tragic. The worse cases are when the murderer is never found and brought to justice. I imagine the family or friends would always be looking at strangers and wondering if he/she was the one who murdered their son/daughter/husband/wife/friend.

As a psychologist I have worked with both convicted murderers and family members of murder victim. One 16-year-old boy whose family members I saw was killed trying to return a three-wheeled lawn mover he had borrowed, with permission of the owner, earlier that day.

Linda, that’s a very sad story about your acquaintances now serving life sentences. The killer sounds like he was an expert at manipulating impressionable people.

Gloria, I think that being close to an unsolved murder victim would make a person suspicious of just about everyone. It’s even changed my behavior. I try to pay closer attention to what is going on around me for safety and to watch out for others.

Kara, yes, that killer was. If those kids hadn't been revolted by what he'd done and unable to live with it, he'd still be roaming the countryside callously killing folks. I always felt they got a bad deal. Punishment, yes, but life in prison without possibility of parole was too much when they turned him in.

They weren't good friends of mine, but I knew them fairly well. They were good kids, just dumb in that way most of us outgrow by our late twenties. I think probably the worst crime they'd ever done before this was to TP the house of a guy who was always getting his house TPed because he'd yell at kids playing football in the park across the street.