When did I cross the line?

I remember the first time I declared myself to be a writer. I needed information from the nearby Meeting of the Society of Friends. The characters I was writing at the time were Quakers, and had been members of that meeting. I called and asked if they there was a local historian. I paused, took a deep breath and said “I am a writer looking for background.” From the time that book came out, I considered myself to be a writer and found it perfectly easy to say.
It was easier to convince the woman on the phone than some of my fellow writers.
When I told a friend, we’ll call her X, that I had been selected to be on a panel at a writer's workshop, she said "they will let anyone onto their panels.” Clearly she didn't consider me to be a real writer.
At the time I wondered what would make me a "real" writer in her eyes.
Yesterday I received an email from Y, a member of my critique group, saying that her story had to be shortened by 1500 words, and X. had told her she should show it to me. X. was sure I would be very helpful.
When did I cross the line from non-writer to writer in X’s estimation? More important, how had I changed her perception of me? 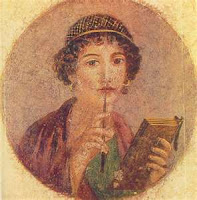 There are several possibilities.
I am persistent. Since the first remark, I have had several more short stories published and I go on writing them. Rejections have not discouraged me.
I have given several presentations at local meeting on writing short stories and taking criticism. My first few presentations were not related directly to the process of writing, but to background, one on the psychology of the victim, perpetrator, rescuer triad, central to most mysteries. One was on how historical characters dress. When I started presenting more writerly topics, I gained a bit of respect.
I have worked on three anthologies, not just submitting stories but compiling the manuscripts working on the submission process and screening submissions.
I attend at least two writers' conferences a year.
I started and maintained a critique group when I couldn’t find on that met my needs. I have been in one critique group or another for over a decade, but being in an all mystery group has upped my credibility a tad.
I learn from criticism. In this particular case, I think this made the biggest difference in the way X perceived me. She offered a way to improve a story she was editing for me. I took the suggestion, agonized over it for a week or so. I finally decided that I couldn't make the change and I would pull the story. That's when the answer came, and with a few words I changed the story from ordinary to exciting. 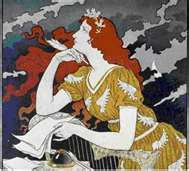 Do I care what she thinks of me? No. I have received validation from other writers whose opinions I value more. She is an inconsistent and biased yardstick. But it's good to have such a tough critic admit I have arrived.
Posted by KB Inglee at 2:04 AM

Writers who critiqued my work considered me a writer before I did. But writers understand each other and the publishing process, which gives them the insight. They know that not all writers get published immediately--in fact know that doesn't happen often.

I was hesitant with friends and family because I knew that writing the instant best-seller was a rarity. But they somehow expected it of me. It's great they had wild expectations--but no realism.

This spring when we attended my first book launch was the first time my friends and family understood. Standing with other writers whose stories were in the anthology, seeing that an indie bookstore was promoting us, and that some of the other authors in the anthology were well known and commemorated helped validate my claim. Of course, had I instantly made money, that would have been validated my claim too. They don't understand the short story market doesn't pay.

People outside of this business just don't understand, which is why I never ask them for their opinions of my writing. I know this is pig headed of me, but I discount their opinions because they rely on my validity through other writers, not on me and my work.

In short, it pisses me off. Little do they know that they have invalidated their own opinion through their skepticism, lack of faith and my hard work.

I have bored friends and family with my progress inch by inch, so everyone knew what a slog it was. In the case of X. who was used to those people who say they are going to become writers, she was waiting for me to prove myslef. She had only one book publsihed when we first met, and may have been feeling a bit insecure herself.

I have bored friends and family with my progress inch by inch, so everyone knew what a slog it was. In the case of X. who was used to those people who say they are going to become writers, she was waiting for me to prove myslef. She had only one book publsihed when we first met, and may have been feeling a bit insecure herself.

When I had my first book published people I thought of as friends reacted with everything from elation to nearly turning a visible shade of green due to envy. There are still a few who pooh pooh my accomplishments with amusing regularity. My biggest critic is me. I know that I do not write as well as I could and I cringe thinking about how what has been published could be better.

It's often hard for people who know you from one venue to accept a new role for you. That includes family, friends and early critique partners who can remember how bad you once were.

The rule I apply is that someone who actually writes and rewrites is a writer. Critique groups convinced me quickly that I was not a good one and needed to improve my craft, but through many, many rewrites I became better.

When I signed the contract for my bridge book One Trick at a Time: how to start winning at bridge the publisher said something to the effect that, "we have lots of excellent bridge players (we both knew that would not include me) in our stable, but we need people who can write."

By that he meant not only produce a working manuscript but work with an editor to make it better.

Warren, my friend Sandra Cisneros once told me something that has indeed turned out to be true. She said, "You'll find out who your true friends are when you start having success. You'll be heartbroken at how many people who supported you when you were struggling now bitterly resent and sabotage you." It's a sad thing to learn.

I like your last comment, Linda! It's a great way to keep us grounded in the reality of it. Being a writer doesn't always equal being published, or wild success. But keeping at it & finishing whatever you're writing ALWAYS means you're an author!

I knew I was a writer when I started writing my first book, however, I didn't feel comfortable telling others I was a writer. In the begininng family and friends thought I'd be selling books and making lots of money, but after years and years of writing with nothing monetary to show for it, no one asked how my writing was going, and I didn't say. My validation as a writer didn't come until the Guppy Anthology, Fish Tales was published and other writers in the anthology were saying "I'm a writer!" That's when I felt I could say that, too.

I like your comment, Linda, that if you're still writing and finishing work, you're a writer. That includes all the editing and rewriting, too.

Warren, I'm like you. Sometimes I think what I write is good, and other times I'm full of self doubt, and think it could be much better.

I think the real issue is how other writers validate you, and how you validate yourself. I was always amused by X's reactions, and it never had anything to do with how I felt about myself. Still I was pleased with her final comment.