HOW DO I READ THEE?

How Do I Read Thee? Let Me Count The Ways 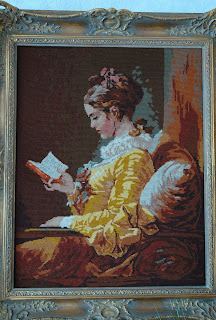 I recently picked up a copy of John Lescroart’s Betrayal, which was published in paperback by Signet

Books in 2009.  It was fun to be reunited with the characters of Dismas Hardy and Abe Glitsky who I

have enjoyed for years.  Much of the action took place in the vividly described chaos and horror of the

war in Iraq. I was engulfed in the story, I could not predict the turn of events, and the ending was


Betrayal, although I do recommend it highly, I am also commenting on my own behavior.  Toward the

end of the book I found myself taking time to read my e-mail and putting the book down and trying,

unsuccessfully to guess the end. Much as I wanted to know the ending I stretched out my reading

because I wanted to savor the book, like a gourmet meal. 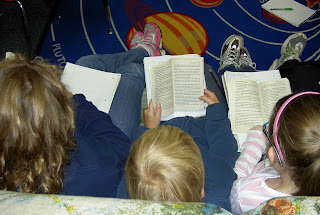 In contrast, when I read Lee Child’s Gone Tomorrow I did not savor the book.  I

thoroughly enjoyed it from the first page to the last. Again I recommend it highly.

Interestingly, a good deal of the back-story was set in Afghanistan during the war

between natives and Russian military forces.  Toward the end of the book, if there

was any change in my pace of reading, I read faster wanting to see the confrontation

between Jack Reacher and a small army of fanatics.  The clique description for this

sort of book is a “page-turner.” I wanted to eat it up like popcorn. 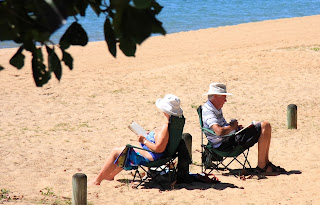 There are authors whose style I linger over as I read like Carolyn Hart, Nancy Pickard and Louise

Penny, the experience reminds me of extended conversations with good friends. There are authors who

transport me to a different time and place like Babara Hambly and Anne Perry. Reading them is like 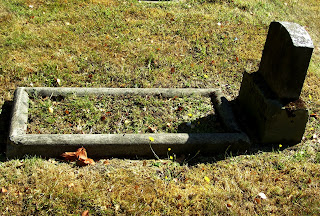 Then there are times when I read a book that fails to launch.  My reaction usually ranges from

annoyance like when mosquitoes invade a cook out, to serious anger when I have to restrain myself

from throwing the book against the wall. When I read a really bad book, I etch the author’s name into

my memory in the short list of authors never to be read again.

I also read the authors you mentioned. I read "guy" mysteries/thrillers because they are my husband's preference. I read "women's" mystery and romance because I enjoy them particularly. For me, well-defined character matters more than action.

Thanks. And thanks for the " "s. I can't tell the author's gender from the writing and I don't care anyway,

I read just about everything, though I'm not real big on technothrillers and chick lit. I read cozies, traditional mysteries, thrillers, serial killer mysteries, suspense, and I also read science fiction, fantasy, "women's" fiction (which seems to mean well-written stories about families and relationships, as if men had no interest in these alien things), some westerns, Native American and Latino fiction, and literary fiction.

If a book of whatever kind is good, I'm absorbed into the book and begin to live there. My focus is total and hard to break. My family calls this "scorpio-ing."

When younger, I used to force myself to finish bad books, grumbling all the while. I no longer do that. Once convinced a book is poorly written, i close it up and get rid of it. Too many good books left to read and too little time to waste on something of poor quality.

I read a wide variety of things, but mostly mysteries; cozies, traditional or suspense. I like to try to solve the crime before the end of the book. I'm not much into thrillers or those full of blood and gore. Because I belong to two book clubs, I often read books I might not have read if not for them. I find this expands my reading world. Sometimes the pick of the month is a book I've read before. I always savor rereading books I've enjoyed. I can never get enough of rereading Jane Langton's books because of her unique plot twists, incredible characters and sense of humor. There are too many authors I enjoy to start naming more.

When I was younger, I'd be so engrossed in a book that I ignored everything else around me. Got in lots of trouble as a kid with a book open on the seat of the desk beside me. Now because I'm so busy with other things during the day, my book reading is in the evening before bed and another book when I'm in bed. Usually, I try to finish a book, but if I really can't get into it, I don't bother.

Trying hard to believe this dreadful writing was sold by a billion dollar "woman's" author.(Metallic last name) Put down on women!
Terrible grammar, every 'she said' followed by ly adverb. I guess there are so many less educated readers (sorry to be snob--but there is an advantage to learning the basics) who eat these up. There now. Vented that bit of rage. Feel better. Ann

The best cure for boredom is to read widely and across many genres. I enjoy a good page-turner, but more often, I want to savor the the writing—often hard to do with a page-turner. Even if the excellent writing is there, the reader is propelled to the ending payoff rather than encouraged to dwell. Nothing wrong with that. It's the same with traveling. Some folks enjoy the journey; others just want to get there.

I prefer my reading smart, dark, and edgy, with acrid humor and lots of angst, but I'm always up for the exception. I also prefer male protags regardless of the gender of the writer. Val McDermid, Tana French, and Karin Slaughter all write fabulous male protags.

If I start a book that's poorly written, I'll dump it within the first five pages and not feel a single shred of guilt.

Thanks for the lead in to two upcoming blogs.

Opps, I meant Thanks to Linda. Gloria,there are advantages to reading books you would not have selected on you own. You can find some unexpected treasures that way.

Oh, Yes, Ann. I have had that experience too. You are wise to vent without giving names. I share your anger/pain.

VR, Thanks for your recommendation of three great writers.

I read different genres and many authors. Most of the commenters here have said what I would have said, but I've found a new twist with ebooks. I'm trying many new authors since I got a Kindle. Many of those books are wonderful reads, but yes, there are those authors who have not yet perfected their art. But what I didn't expect of myself was that if a book is badly formatted, I shy away from reading it. One author put so much space between paragraphs I'll be turning pages as if I were reading War and Peace. Now, that isn't necessary and sorry, but the format is also part of the professional process. I didn't think I'd feel that way--but I do.

EB, I was guilty of that while in New Zealand when I put my book on Kindle.

Yes, EB, I've tried new authors on Kindle for PC, but many are so poorly written, so poorly copy-edited and proofed, or so poorly formatted that I remove them from my library. I'm reluctant to download them now because so many are jut plain bad.

I haven't tried many new authors on Kindle because there are so many established authors I have yet to read.

My excuse for my poor formatting was that I did as well as I could with lots of time but no assistance.

I read mostly mysteries, adventure and humorous stories. I've also been trying new authors, but in my case it's because of blogs I've been reading. Found some treasures and couldn't get through other books. I, too, love a book I can't put down. And, of course, I have my tried and true favorites.