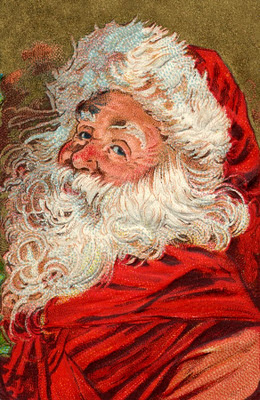 On December 15, 1968 in Philadelphia, the city of brotherly love, the Eagles football team entertainment director, Bill Mullen, pulled a fan who was dressed as Santa out of the stands and asked him to take part in the half time pageantry as St, Nicholas. The man hired for the gig cancelled. Twenty-year-old Frank Oliva, being a life-long Eagle fan and a good sport agreed. He walked down the middle of the field between rows of cheerleaders dressed as elves.

Apparently the fans did not feel festive. Their team was 2 and 11 and about to go 2 and 12 for the season. They had the second worst record that year and missed out on the chance to draft first college players first for next season. A foot of snow had fallen the night before. The temperature was in the low 20s and wind gusts were up to 30 miles per hour. Fans began to boo Santa. By the time he reached the end zone, the snowballs started flying. Oliva had to walk the sideline all the way back to his seat through a barrage of icy missiles. Many people in the stadium said it was the best part of the game.

Although barely reported at the time, it has become iconic. And Santa disrespecting did not stop there. 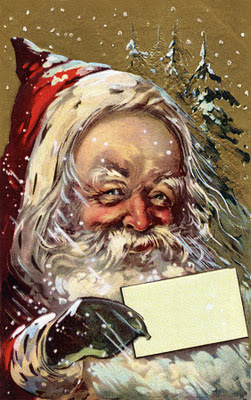 My nephew. Kurt, recently pointed out to me that a television for an electronics store disparaged Santa Claus. Curious, I watched for it and discovered two ads with a similar plot and theme. A woman in a Best Buys store buys various electronics gizmos (technical term) for her family. The clerk says to her something like, “You’re going to give Santa real competition this year.” She looks at the clerk, her eyes narrow and she puts a sly expression on her face.

Later, on the rooftop she confronts Santa mocks him by imitating his laugh and then kicks a plastic Santa figure off the roof. In a second version she sees Santa by her Christmas tree. She texts insulting messages by one of the phones she just bought, calling him “elf boy” and telling him his gifts are not wanted.

Is this humor? Are we so overrun with the Santa-related holiday input that we’re ready jump down his throat or humiliate him? More importantly, is our way to deal the holiday to spend so excessively that every single one of our children’s wishes are met and there is nothing left for anyone else to buy for them?

Has the man in red become outdated? Should we put him on the shelf to collect dust next to the pet rock? Should we tell Virginia that, no, there is no Santa Claus but I can get a you a great deal on a smart phone?

What do you think?

It's lousy advertising. Our society seems to think that putting someone else down is the way to put yourself up. Advertising and politics--I don't buy or vote for that **$%*(!

Coal in their stockings!

The image of Santa doesn't rank high for my grandchildren but that doesn't mean they're taught to put Santa down. Perhaps Santa's image does need updating.

Meanwhile, the ad you quote just shows bad manners. It seems the forceful and tasteless display of your opinion is what matters most.

There certainly are more tasteful ways to express an opinion. No need to target Santa.

Anymore, the fashion for humor has a distinct mean streak to it. Witness the commercials you cite. I don't know that it really has anything to do with Santa.

Of course, it also could simply be a measure of society's growing disgust with the constantly elongating Christmas season. Christmas decorations and sales start now long before Thanksgiving arrives. Soon enough, like pro ballgames, we'll have a Christmas season that runs year-round!

Christmas music on the radio and ads for stores seem to start earlier every year. I'm not sure Santa is to blame for that.

I think it's sad. I still remember how sad I felt when my younger brother told me there was no Santa. I think maybe it's not so much that the Christmas season starts earlier, as there is too much media - too much advertising, too many people trying to get attention, and they'll do anything they can to get that attention. Think about all the nasty political ads we're going to be exposed to this coming year. Actually, they've already started. I'm glad I'm not a TV watcher, except for the occasional PBS show.

Who knows what they would say about Santa if he were running for office.

Great weblog right here! Also your web site lots up very fast! What host are you using? Can I get your affiliate hyperlink in your host? I desire my web site loaded up as fast as yours lol
LEDGLOW Blue LED Slimline Underbody Underglow Kit

Nice read, I just passed this onto a friend who was doing a little research on that. And he just bought me lunch as I found it for him smile Therefore let me rephrase that: Thanks for lunch!
Sorel Women's Cate The Great Boot