Fantasy Football and the Male Point of View

It’s football season! That means it’s time to step outside my normal female perspective and become steeped in the male point of view. How do I do this? I play fantasy football with the “boys.” By boys I mean Lt. Colonels in the Marines, Pentagon personnel, a military doctor and retired Air Force and Navy officers.

For those of you unfamiliar with fantasy football it’s an online game where you “choose” NFL players to fill positions on your team and then compete weekly with other teams in your league. Before the season begins, we spend an hour on a conference call picking our team. At the end of the season we compete in a playoff tournament.

Since the game is not actually played on the gridiron, it is a test of brain power and luck, not strength, so the playing field is leveled for me. Being a strapped writer it’s especially nice because no money changes hands. Also, it’s fun to create quirky team names. Last year my team was Athlete’s Football with the slogan, “We’re fast, on fire and itching to win.”

From a writing standpoint it is participatory research; for a few mont 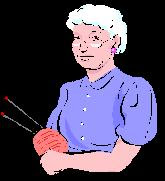 hs in some ways I become one of the guys. Over the past three years I’ve learned how to talk smack - belittling things said in the heat of competition - and write phrases such as, “You’re almost as good as the water boy” or, “Better take up knitting and hang with your mama.” Just between us writers, I take notes on my competitors’ speaking style and attitude in order to write more believable alpha male dialogue.

Here are my observations:
• Talk is clipped and short. It’s also aggressive, blunt and to the point.
• Jokes and stories are highly valued as is good natured taunting and insults to manhood.
• Likely to challenge, dispute or interrupt during a conversation.
• Conversation is seen as competition.
• Make demand and command statements instead of requests.
• Avoid any reference to their health problems or injuries.
• Like to win and be the best. 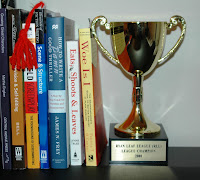 What surprised me the most was the need to win and be the best. It shouldn’t have surprised me because my competitors are military leaders. But it did. The first year I played, I won and received the coveted trophy and t-shirt. By their incredulous reactions you’d have thought women were now welcome to play in the NFL. I don’t know if it was because I was a female. Or, that I was both a female and a civilian. Or, the triple threat of female, civilian and first time player. The next year I noticed the level of competition kicked up and I didn’t win.

Since I prefer supportive group activities, being an individual competitor in a male setting has been a stretch for me. However, I have discovered that this type of rivalry and weekly sparing keeps me sharp and makes me more assertive. I become competitive--not necessarily with other people but with myself. Also, I take more risks with my writing and am not as afraid to make mistakes.

Have you engaged in participatory research to help you write more believable dialogue?
Posted by Kara Cerise at 12:05 AM

In my job I as a psychologist I had the chance to listen to people I would never have met socially. I model many of my characters after people I met at my work.

Wow, Kara, the sacrifices we make for our writing! I'm going to the Writers' Police Academy next week. It will be my first time. I know it will indirectly help my writing, which doesn't usually focus on police procedure but may help for defensive weapons and jurisdictional issues.

Warren, you must have some very interesting characters populating your books!

E.B., the Writer's Police Academy sounds like a terrific learning experience. I'm looking forward to reading about your experience.

Males and sports is a world I've never totally understood even though my husband watched every game he could find. The competition and learning the lingo sounds like fun. I'm thinking of trying it, even though I'm not expecting to win. Wrong attitude, right?

I think there is also a lot of luck involved, Pauline, so you may just win the trophy. I was surprised by the number of player injuries and how that can be a real game changer.