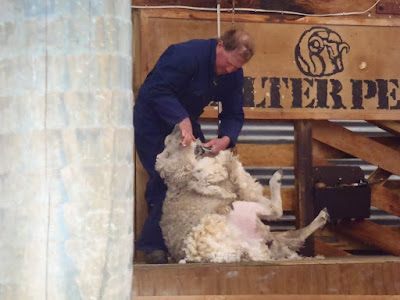 A public servant who was accidentally injured while having sex at a motel on a work trip is challenging a finding she is not entitled to compensation.

Leo Grey, representing the woman, told a federal court there was no suggestion she had engaged in any misconduct. He said her injury occurred during "an ordinary incident of life commonly undertaken in a motel room at night".

The woman, who cannot be named due to legal issues, was injured when a glass light fitting came away from the wall above the bed as she was having sex with a man in November 2007.

News.com.au said the light struck her in the face, leaving her with injuries to her nose, mouth and a tooth, as well as "a consequent psychiatric injury", described as an adjustment disorder.

Her employer had directed she spend the night in the town ahead of a meeting early the next day.

She applied for compensation from ComCare, the federal government workplace safety agency, but it found that the sexual activity was not an ordinary incident of an overnight stay like showering, sleeping or eating.

Grey said she had been injured while engaging in "lawful sexual activity,” noting there had not been any rule that employees should not have anyone else in their room without, “express permission of their department".

Andrew Berger, for ComCare, said people needed to eat, sleep and attend to their personal hygiene but "You don't need to have sex".

News.com.au reported that ComCare, which said the woman was having sex with "an acquaintance, who had no connection with her work", would argue that "neither legal authority nor common sense" could lead to a finding that the injury was sustained during the course of her employment.

Two female real estate agents came to blows over the sale of an apartment in a fight that left both with minor injuries - and a fine.

The catfight erupted in front of onlookers at an inner-Auckland apartment that both agents - Hulan (Wendy) Feng of City Sales and Soon (Fiona) Lee of LJ Hooker Ponsonby - had been trying to sell.

One industry insider said he wasn't surprised two female agents were involved but another said the behaviour was ridiculous.

A Real Estate Agents Disciplinary Tribunal found both agents guilty of disgraceful conduct and fined them $600 each.

The Dunedin "Nude Blacks" who play rugby in the nude before every world cup rugby match lost to a team of clothed Spanish women who won a contest for a free trip to New Zealand by paying rugby and stripping online. One of the players who works as a "pole dancer" explained that, "This demonstrates women can be athletes just like men.

At least we're not the only nutso country in the world. This proves it! Thanks for the "down under" report, Warren.

Amazing. I wonder if the courts there have time to deal with run-of-the-mill murder cases.

I don't know if you've ever seen a rugby match but playing nude you could get bruised in some tender places.

EB, News like this makes me feel right at home. Some time I'd love to hear about the academy.

Pauline, One of the differences between N Zed and the US is here murder cases are not so common and run-of-the- mill. Hmm, Maybe I could blog about that.

I had no idea that "donw under" was so randy!

They keep it under cover.