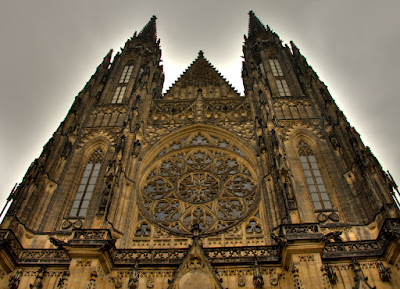 It is hard enough for an author to continue writing given the paucity of positive feedback. I find even sharing the feedback with TWDW (Those who do not write, which is nearly everybody) is a difficult matter.

In New Zealand, not only am I in the land of the Kiwis, I am in the Communications Disorders Department of Canterbury University where my wife Judy is a visiting professor. When people ask about how my writing is going, I have a great deal of difficulty communicating.

Since I’ve been here I had one short story published in the e-zine Yellow Mama. That’s easy enough to describe. I also had a story accepted for future publication in Lost Coast Review. Also in the, “No worries, Mate” category in terms of describability.

When the publisher of an e-book version of Murder Manhattan Style asked for the cover picture so he could adapt it for publication, I was stoked but it was harder to explain why. One more inch toward publication but I did not know when the book would be out or how to order it. Giving a reason for happiness beyond saying, “one more inch of progress,” is hard. One editor sent me a copy of the cover of an anthology I will have a story in. A different few millimeters forward toward publication but the date is still uncertain and it cannot yet be ordered yet. Both of those steps are progress along the long march to publication. I received from an editor of a different anthology who sent suggested changes in my work for me to review and respond to. That is an advance from a place much earlier along the long slog. Since projects are in various stages of development, that means I have been producing and sending out work over time. It also means that I have been getting acceptances fairly often. Good things, but not exciting to talk about with TWDW.

If I tired to explain this I would have to add my internal automatic cautions that projects sometimes fail to reach fruition for a variety of issues outside my control including the health of the editor and the financial health of the publisher.

I also think if I took the time to explain all the steps and pitfalls between writing and publication people would cut the conversation short, start to avoid me in the hallways and possibly even run in the opposite direction when they see me coming.

I wonder how a stonemason building a medieval cathedral responded to the question, “How was work today, honey?” Did the mason reply, “Great! I finished a gargoyle’s nostril in record time.” or “Not so well. A stone fell from the third flying buttress on the left, nearly crushing two horses.” Maybe the worker just brushed the dust off and answered, “What’s for dinner?”

What do you say when TWDW ask you about your writing?

A rep from my local SinC chapter called to find out what I've had published this year. Their November meeting is devoted to promoting their writers. Although I had three stories accepted this year, only one will actually be published this year, and when I mention this one, I added that the story was pure romance.(A Shaker of Margaritas: Cougars on the Prowl-Mozark Press-probably November 2011) To which she stated, sorry-we only promote crime fiction. Oh well...

Since my WIP isn't ready to submit, no one is even asking me anymore. At least my SinC chapter assumed I was still in the game. Yes, it is discouraging, Warren.

The stone mason probably said, what work? I do this for eternity and, from my point of view, it's probaly going to take that long to complete.

EB, No wonder why people think I just sit around all day. Not long ago when I friend asked what plans I had for the day I answer, "I'll be writing at home all day."
"Good," he answered then I can call you any time,"

Pauline, LOL. That's how a writer feels too.

I think I'll just answer "974 words today," or "1,500 words today" next time someone asks. Their eyes glaze over if I go into any more detail than that, anyway.

Victoria, They don't understand how much mental sweat and effort went into those words.