Mystery Writer or Writer of Mysteries 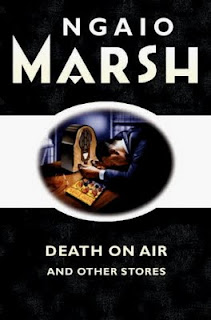 Mystery Writer or Writer of Mysteries

On of the interesting things I noted at the recent 2011 Ngaio Marsh Awards for the best crime novel of the year by a New Zealand author was that none of the nominees, Paddy Richardson, Neil Cross, Greg McGee or the winner, Paul Cleave described themselves as a mystery writer. Although between them they have produced a large body of crime fiction, each of them said they write about crime as part of the human experience.

Paul Cleave, this year’s winner of the Ngaio March Award for the best novel by a New Zealand author, talked about creating a mythical city of Christchurch, unlike the real city that he loves and lives in. He said he was initially interested in horror as a genre, but decided the true horror is what people to do each other. Elements of myth and horror are evident in his writing.

Paddy Richardson is known as a “literary writer” outside her crime fiction. She has been a guest writer at universities and won numerous awards outside mystery and thriller genres. She has also worked on the radio.

Neil Cross may be better know as a writer of television series than a novelist although he has done both with great success. He talked about being more interested in, “the forensics of a society,” than in the forensics of a single victim.

Greg McGee, who won the first Ngaio Marsh Award may be better known as a playwright, television series writer, short story writer and sports columnist than as a mystery novelist.

The authors talked about the English classic mystery by authors such as Agatha Christie whose crime solvers restore order to society, i.e., the butler who outraged convention by committing a crime. They talked about the American classic mystery like those written by Dashiell Hammett whose characters exercise their free will to sin and then face consequences or hope for redemption.

Ngaio Marsh, herself, although best known for her mystery novels, was also a successful painter, actress and theatre person. She wrote non-fiction, short stories and an autobiography. She was one of the four “Queens of Crime” with Dorothy Sayers, Margery Allingham and Agatha Christie during the “Golden Age” of crime fiction writing. Her major love was theatre.

Other well-known and skilled authors, such as Nancy Pickard, describe themselves as mystery writers but include broader themes such as family obligation and the discrimination against women in their work.

So, are you a mystery writer or do you write mysteries?

I think mystery writer is more a convenience for publishers and bookstores so books can be pigeon-hold on the right shelf. Mystery stories that have stayed with me for a long time have placed the mystery or crime in a larger context. Without being lectured into doing so, I found myself involved in themes and social questions.

Warren, I recently read Marsh's autobiography and found it interesting that she mentions her writing almost in passing. She was prolific and it was how she made her living, but her true love was theater, and much of the book is devoted to that.

In all honesty, I call myself a mystery writer because that's what I am. It's simple, it's easy for readers to remember, and best of all, it explains what I do. I'm happy with that label.

Pauline, I agree that publishers and bookstores demand, and need, labels to categorize books. Even the sub-genres don't explain the finer point of books. On the other hand imagine searching for a new book to read by the author's name.

Anita, You are absolutely correct. Marsh wrote wonderful mysteries, often using the setting of the theater. She's primarily known as a mystery writer but it was the job that allowed her to pursue her other interests.

Marja, You and many others are happy to be known as mystery writers. Maybe you have a clearer focus than writers who write mysteries and more.

Very interesting article. So right the horror is what people do to each other.

Crime fiction is fiction depicting the human condition. The sad side, perhaps, but nonetheless the state of living on this planet.

Nike, A good observation. Sometimes crime fiction also shows how people have the option of changing their behavior and redeeming themselves.

Very interesting how none of the nominees or winner described themselves as mystery writers. I would describe myself as a fiction writer who has a mystery in every story. You always make me think, Warren.

Kara, Thanks. I wonder how many works of fiction do not include some element of Mystery? Why write or read something the reader knows every single thing about ahead of time?

Mystery Writer is what I've had on my business card since I was first published in 2002. Like Marja, that's what I do and I'm happy in doing it. I don't get too wrapped up in the human condition. I'm more of an entertainer.

I'm with Kara. In fact, I told my publisher that Raven Talks Back was really mainstream fiction with a mystery in it, because there's also an awful lot about the human condition of the family involved in the mystery. I've always thought of myself as a mainstream author whose books contain mysteries. It's all in how you think, I guess. Interesting question, Warren.

What an interesting collection of answers. It seems you can be either and be successful.