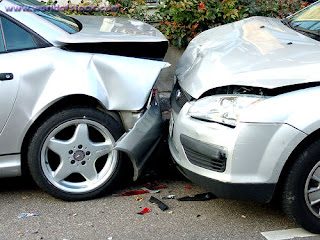 I am trying to finish a book, a big, ambitious book unlike any novel I’ve written before. I love it, but I’m nervous about it because I’ve not done anything like it before. I’m quite close to the end, and usually that means I’m swept up in the sweep of the book’s action and pouring out those final chapters in huge daily bouts of work, but I keep getting sidelined by the world that refuses to let me off just long enough to finish this book.

Then to add to that uncertainty, my husband was rear-ended by a truck when he stopped to allow a fire engine to pass. Our car was totaled, and my husband left with whiplash. This has necessitated a million phone calls (with lots of time being entertained by hold music, the bane of the universe) while trying to find a doctor’s office, walk-in clinic, or emergency room that would see him without us having to pay the entire huge bill up front before they’d examine him, all because the injury was in a car accident. This is when we’re covered with health insurance! At some point recently, those companies all agreed to stop covering any injury from accident, and then the medical facilities all agreed that they would demand payment in full upfront. Even with documents from insurance companies showing that two different car insurance companies were committing to pay his expenses, still they wanted money upfront. Fortunately, a friend’s long-time chiropractor would see him and bill the insurance companies, so my husband is finally getting some relief from the pain.

Add to those phone calls the calls and emails to the insurance companies, not only for his medical coverage but to arrange compensation for our totaled car, and then the meetings to show the claims examiner the car and to turn over the car plus keys, etc. After that, there were the visits to the bank to have documents notarized for the insurance claim, and then again, because the insurance company felt the original notary seal was not clear enough.

I’ve also been spending a lot of time on the laptop not-writing but rather looking for good, low-mileage used cars of about the age and for the amount we have to spend and then calling/texting/emailing to make arrangements to see the car and check it out. I’ve gone as far as taking one car that looked so good to our mechanic to be inspected, only to find it had one tiny problem that, alas, was in the dash and would require at least $800 to fix, but it would have to be fixed to be able to register and license the car. Back to the drawing board—and the computer and the car listings and the emails/texts/phone calls. Cross your fingers for us. I’ve got one I’m going to be taking to the mechanic today. Let’s hope it checks out, and I’m done with this nightmare. And into the new one of waiting in line at the DMV, but that’s a whole ‘nother story.

As part of my freelance work to bring in needed cash, I’m also supposed to be judging several bins and boxes full of manuscripts for two national contests, and I’m only halfway through as the deadline clock ticks constantly nearer, rather like the clock the crocodile in Peter Pan swallowed. I just finished teaching at a writer’s conference, which eats up days to prepare and three days at the conference, plus at least two to recover physically, and I’m supposed to be preparing for a reading next week.

So my poor book is lucky if I manage my minimum word count several days a week right now. If only the world would stop and let me off long enough to finish those last eight scenes I need to write to finish it!

Do you have those times when you just want the world to go away and let you alone for a while so you can finish what you really need and want to do?
Posted by E. B. Davis at 8:05 AM

I used to be super woman: husband on a new job, flying home once a month, while I dealt with selling a house, three kids under nine, including a six month old baby, finishing a graduate degree, and orchestrating a long distance move.

Now it's the phone calls from my children: "Got a minute? Can I send you a picture of my rash? Just calling to chat while I'm driving to soccer. What kind of oil goes in the car?"

Yes, I do have those feelings especially right now. I feel overwhelmed by so much to do and don't know where to start. My list of things to do keeps getting longer and longer with fewer and fewer things actually getting crossed off. Like Margaret, most people when they call and ask what I'm doing, and I say I'm writing, they metaphorically shrug their shoulders even though I can't see them and go on talking. Actually, I always breath a sigh of relief when it's a telemarketer so I can hang up on them. If I'm having trouble now, I dread the months ahead when there's all the outside work that needs done which is something I love doing, I have to admit. Unfortunately, although people think I am, I'm not the energizer bunny I once was.

A friend once asked me, "What are you doing tomrrow morning?" I said, "I'm writing." My then proclaimed. "Good! I'll call you about 9:00. I have something to discuss with you that will take some time."

Oh, I remember this original post, I could relate then, I can now as well. I truly hope all is well and you and your husband re fully recovered!

I'm on a deadline for #3 in the Kent series (due 6/30) and the first draft is not yet done. I wanted to enter an anthology, no joy there -- no time for 'optional' writing. The day job is eating up approximately 12 hours a day, and with my next book out on 3/22 - my four to six hour evening writing time is going to writing blogs and other marketing efforts. It's busy, crazy, and wonderfully exciting! So, I'm not complaining, just trying to figure out how to get more hours in a day. I'll share if I figure it out.

Margaret, yes, I, too, remember the days when I was younger and was a true ball of fire. After years of lupus and fibromyalgia and now breast cancer, I can only look back and shake my head in wonder at starting the day at 4:00 a.m. to prepare for a 6:00 a.m. breakfast meeting and going full-steam through meetings and events until late in the evening when I'd stop for dinner, only to return to my office or work at home until the wee hours of the morning doing all the paperwork, etc., of my job that there wasn't time for during the day. When I ran a university women's center, I put on over sixty major public events and many more smaller ones each year while sitting on 20+ community boards, as well as all the normal demands of any university administrator and teaching classes in women's studies, lit, and creative writing. I look back now and can't imagine how in the hell I ever did it. (My son insists I did it by driving myself into the ground and making myself sick.)

Gloria, I have one piece of advice for you. Get caller ID. If the call coming in is from an unknown number (telemarketer, political robocall, etc.) or if it's from someone you know will just chat on even if you tell them you're busy, let them leave a message and continue with your work.

Warren, and this "friend" is no longer in your life, right? Joke, I know. It's not as if we can turn our backs on everyone who shows contempt or lack of respect for our dreams and work, but it's sometimes fun to think we could, isn't it?

Kait, I actually figured out how we could do it some time ago. Unfortunately, cloning of human beings is illegal. ;-)

And thank you, Elaine, for posting this for me during your own very crazy season. I truly appreciate it!

I hadn't really planned to retire, but I found I was struggling so much I couldn't do a decent job, and decided it was time to concentrate on other things.

I've always wondered how whirlwind like people could do it, while I had my hands full with a few things, and had to prioritize, leaving lots undone.

Come to find out (in my 60's, mind you) that I have a congenital heart defect that means I wasn't getting enough oxygen in my blood. No wonder I'd have such difficulty carrying my share of the picnic supplies while my siblings ran on ahead, their arms full. I have a patch on my heart now, that helps a lot (I'd gotten to the point where I was sleeping over 12 hours a day)although I still have a leaking heart valve. But I can do things again!

One compromise I made when I started writing seriously was that I couldn't worry about the house (the heart problem made repairs and even regular housekeeping difficult) The price I pay for that is a very dusty house in disrepair. I'm trying to solve that puzzle, but meanwhile, I'm glad I chose my writing over my house.

Why is it when I'm super busy--I end up going to Home Depot every other day? Packing, moving stuff, and then seeing what is behind it--which means I'm also painting. Can't wait until mid-April when we will finally be in Hatteras! Life is too short for all we want to do. Happy Monday everyone!

KM, that's a choice I've made also. I can't do a lot of the housework that I used to do (have lost quite a bit of range of motion and need to use a cane), so no one sees my house anymore where the dust bunnies have all been eaten by the dust gorillas. I'm working full-time at home with writing books (and promoting, etc.), teaching, and freelance editorial work of various sorts, and my husband works a full-time job and teaches classes at another university on top of that, as well as handling some necessary chores I can't do any longer like laundry (can't reach far enough into the washing machine or dryer). In the past, I'd be terribly ashamed of the mess my house is in, but like you, I've had to make choices.

Elaine, I hope you're soon out of that whirlwind that is packing, selling the house, and moving. That is one of the most stressful situations.

I can sure relate to this. I have a job where I never know when a crisis is brewing. I don't help save people from injury or death, but I'm in human resources and I'm dealing with people and their issues constantly. There are taxes to do, dogs to take to the vet, and good things like family to visit. I feel guilty when I take an hour once in awhile to watch NCIS on TV with my husband. Meanwhile my book that's a work-in-progress gets ignored.