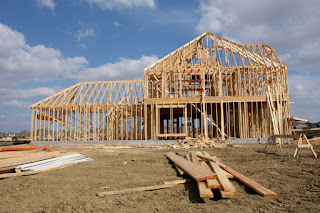 I’m teaching a class on revising the novel at the moment, and as so often happens, the students, serious aspiring writers who have come out of critique groups, have had to struggle with my demands that they stop fixing typos and grammatical/style errors and focus on the larger structural problems of their manuscripts. After a couple of lessons and exercises, though, they’re finding out how helpful this approach is and are finally seeing how to fix some persistent problems that all the line edits in the world wouldn’t touch.

This is one of the problems I have with critique groups. (Blasphemy, I know!) In theory, I’m all for them. I think that the more commentary from serious readers unfamiliar with the novel that a writer can find, the more it’s likely to help her or him. I always encourage new writers to try to find a writers group to give them feedback on their work. In reality, however, I find that, all too often, critique groups focus on line edits and typos/grammatical errors because it’s easy to find them and easy to fix them, and the commenter can get a quick rush of satisfaction from doing just that. When the book’s in the wrong genre or the timeline’s completely off or the pacing absolutely drags or the scenes contain no conflict or there are too many/too few characters or the book is in the wrong point of view or a subplot has taken over the narrative or when any number of substantial structural issues such as these are problematic, polishing the language is a doomed endeavor.

I want my students to begin with these large, integrated changes that weave throughout the entire book. Many improvements that might have been made in line edits would simply disappear as chapters and scenes are shifted around or deleted. These kinds of big structural changes are the changes that make or break a book. To work on the style of your sentences while ignoring these necessary corrections to the narrative structure is to practice your violin while your city burns around you.

I usually suggest they start with the largest, most elaborate changes first—changing genres, changing timeline, changing setting, changing POV, changing length and complexity. They will most often make such fundamental changes one pass through the book at a time, though occasionally one or two of these broad changes can be combined. I like to think of revision as being accomplished in layers, the broadest and most fundamental first, then more large and important structural matters, moving up with each layer to less sweeping changes that focus less on the book as a whole and more on a chapter or scene or, eventually, a paragraph or sentence.

In revising a novel, it’s important to diagnose and fix major structural problems before any further revision can take place. I think of revision as if I were building a house. You have to begin with the foundation and the wooden support skeleton, then the roof, and then put in windows and doors, etc., etc. Only at the end, do you paint the walls, hang drapes, and plant flowers in front. Line edits are your paint, drapes, and flowers. Without them, your house has no curb appeal, but without the structural work first, it will collapse in the first strong wind.
Posted by Linda Rodriguez at 12:30 AM

What a timely message! I've just finished a first draft and right now I am doing the structural inspection. It's heavy lifting and the toughest part is ignoring the delightful distractions of those metaphorical paint colors, flowers, and drapes. That will come later. Much later….

Jim, I know you teach a similar class.

Ha, Margaret! (Who is in my class currently and getting this lecture)

Shari, yes, it is such a temptation to fool around with fixing a clunky sentence while all the time, because of structural problems, that sentence and all around it will eventually disappear. It's more fun tinkering with the wording than having to figure out how to fix a middle that isn't pulling its weight or too many cardboard characters. Persevere, my dear.

Good lesson, a hard one to teach. Touching up the paint before building the walls is futile, but sometimes I have to fix the typos in order to clear them from my mind and move forward.

Mary, just make sure you're not taking refuge in cleaning up the words instead of doing the heavy structural change that's necessary.

I'm fortunate in that my critique group will tackle the bigger questions--"This POV just doesn't work for me" or "Your sequence of events doesn't make sense." We do handle line edits sometimes, but not until the author has told everyone this is very near a final version, not a rough draft.

It's all kind of scary, though--if we change genres, change timeline, change setting, change POV, change length and complexity, most of the original idea may be gone. I'm afraid I would be left with nothing at all.

KM, you are indeed fortunate in your critique group. It's a better group than most.

On the other hand, if you don't change any of those things and the novel simply doesn't work, what are you left with?

Like Shari, I just finished the last chapter of my 7th book yesterday, and will now start on my final revision. I've already been planning changes I want to make before rereading each chapter. Since it's a series, I won't be changing place, genres, POV much, but I do tend to keep the POV of two main characters, and then bring in another familiar character and have his/her POV as a subplot in each of my books, but not too many in one book.

I am so lucky that my beta readers (who double as editors) look to plot and structure before they look to their and there (although they catch plenty of those errors too). The metaphor of building a house is great. And so evocative of what structure should be. It has to be a hard concept to teach.

In my first book, I did exactly what you say not to do. Never again. Most of those perfect sentences and well rounded paragraphs I worked so hard on in the begining, no longer exist, or they've been changed so much to be beyond recognition. I'm putting the second book together now with the structure and story as my main focus. Yes, I'll stop to clean up a paragraph from time to time when I know it's not written well, but I don't spend much time on doing such clean-up work. That's for the final stages.
I like your comparison to writing a book being like building a house. Makes good sense. Good post.

Kait, it is hard to get across at first. People are so used to worrying about their sentences that it's hard to get them to focus on their conflict and tension, pacing, plot complexity, and characterization (from which everything else stems). But once they get it, they go to town. I'm lucky to have really good students.

Linda, you've learned the hard way. Which is better than not learning at all, believe me. Remember what Eleanor Roosevelt said, "If you learn from it, it's not a mistake--it's a lesson."