Up Jumped the Murder 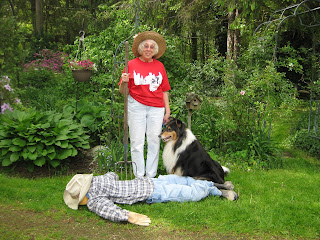 I usually know who my murderer is early in the story, and sometimes even before I start. For my first book I wrote a page and a half biography of my murderer before starting or else early in my book. Of course, I added plenty of other suspects so my protagonist, Catherine Jewell, will have a reason to try to figure out who the murderer is because many of the suspects are people she works with and feels a close friendship with.  This is a common reason for amateur sleuths in every mystery of this caliber, but readers seem to be okay with it. In this book, I included two murders both by the same person. Because I’m writing gardening mysteries, each book takes place in a certain month and continues month by month. I started with June 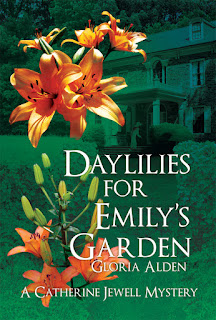 For my second book, which takes place in July, I wrote over six pages of a double spaced story of my murderer and what led him to murder. It was all rational reasoning from his point of view, and as a writer, I could understand how he felt, although it would never lead me to murder.  His first murder may or may not have been a murder, but rather an accident, but he did murder two more people to cover up the first death. Catherine was involved in solving this, but not as much. 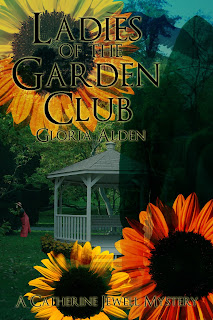 For my August book I wrote an even longer biography for the murderer, who ended up poisoning three women of the garden club. I got quite attached to my murderer and hated it when he was exposed although he had to be revealed because murder is never the answer no matter how we might try to rationalize it. At the end I was crying not so much for the murderer as for the family members who had to deal with someone they love being a murderer. When the first murder victim was found in Catherine’s greenhouse,she gets somewhat involved even though the police chief of the small town objects. (a beginning romantic relationship necessary for most cozies). 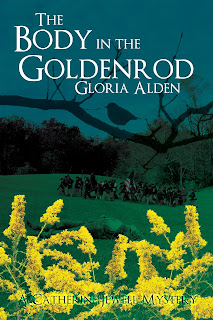 For my September book I didn’t write a bio for the person I planned to be the murderer. I had all his reasons planned and made notes instead of writing a full biography. However, he was young and enthusiastic about being a Civil War Reenactor. Although he had a really good reason to murder the very nasty guy, I couldn’t have this young college kid end up in prison. So I had to find a new murderer, which I did, but I was equally sad about the one I chose. In this book, I only had one murder. Downsizing, I guess. Catherine wasn’t quite as involved in the investigation. 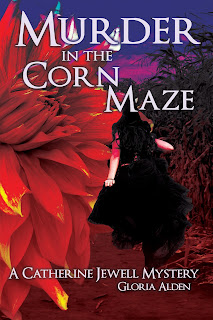 n my October book I wrote no biography for my murderer. I kind of winged it. I knew who I wanted to murder and I did it. I also had a few people who were suspects because the victim wasn’t well liked. The murderer wasn’t very nice, either, but when he told his story at the end, I cried. Until the end, I had no idea what he had been going through, but as many writers will tell you, once you start creating characters, they often tell you their story before you even knew it. Only one murder in this book, too. Maybe I’m mellowing in my old age. 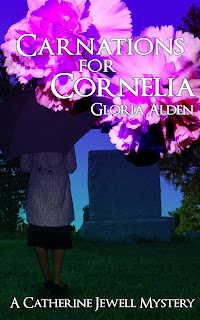 In my November book, I had two murders for Police Chief John MacDougal to solve, but one was a twenty-year old skeleton that two kids found in an underground tunnel in the fifth book. The other one was fresh  - a person who returned to his home town after being gone a long time. Catherine got involved with the skeleton when she interviewed an older couple. who worked for the owner of the home who were there at the time of the skeleton’s death. Also, she figured out maybe the nosy kids had found something that might help identify who the skeleton belonged to. They had found a diary that didn’t lead to the murderer, but did identify the victim.

And now we get to my December book, Blood Red Poinsettias, which doesn’t have a cover yet. I knew early on who my victim was. In fact, I came up with a really unique way to murder him. I talked to one of my sisters about it, and she said no way could anyone be murdered that way. I talked to my son, and he said it could be done and described different ways. If any other mystery writer has ever murdered their victim the way I did, I certainly never read about it. I came up with three possible suspects for the murder of a totally likeable victim, and I wasn’t satisfied with any of the three. There is only one victim in this book. One was bad enough.

In a recent class I took with Linda Rodriguez, “First Steps to Writing a Successful Crime Novel” one of the assignments was to write questions about your main character to fill in what they want, what their background is, etc. Because of all the books I’ve written in this series, I pretty much know my main character. So I decided to send my take on the assignment to a man in my writing group, who has an idea for a sci-fi book, but can’t think of how to develop characters. I picked a fictional name for him to write about and sent him ten or twelve questions to answer about this character. I told him I would do the same thing, and we’d share our different visions of Willie Jones at the April meeting. He said he’d try. Well, being a mystery writer, up jumped my murderer as I wrote about this character. Where he came from, what motivates him, and so forth, and I had the murderer for the December book I’m working on.

In my books I usually have victims no reader will care much about and some are really not nice at all. I’ve had a few victims that have made me sad to murder them like in this latest book, but most of those I’ve not developed enough to feel a real connection to them like I have in this latest one. I don’t know what it says about me, but much of the time, I feel sorrier for the murderer at the end of the book – sad that they’ve let their pain, their desires, and whatever else happened in their life to make them turn to murder and ruin their life.

And now I have to give credit to my step-granddaughter, who calls me Killer Grandma, Kristen Fritch for my beautiful covers. - www.fritchieart.com  or art.of.fritchie@gmail.com

The murderers I've created are seemingly normal people who kill someone in a rage or in the heat of the moment. They carry emotional baggage...desertion by a parent, a junkie relative, which fuels their desperate acts. So like Gloria and in Linda Rodriguez's freewriting mode, in preparation for writing the book I write a first person biography of the murderer.

Margaret, like yours my murderers are normal people, although they don't kill in the heat of the moment so much as they usually plot it out, but they do have valid reasons for doing what they do, at least in their own mind.

I try not to make my murderers too nice because then it's harder on a the reader when they get caught. PS Your book cover art is gorgeous.

I like murderers who are multifaceted - not pure evil, but not likable either. I'm not sure I'm always successful in creating my own murderers, but it's something to strive for.

First of all, I love the title Blood Red Poinsettias! Fantastic!
So far my murderers have been pretty complex, but the one thing they have in common is that they don't let anyone or anything stop them from getting what they want. Determined killers!
I still feel terrible about one character that got bumped off. He was wonderful - the more I wrote about him, the worse I felt about killing him. But that's the book business, right, Gloria?

Warren, I don't make my murderers perfect, but they do seem like nice people - the kind who might live next door to you. I agree about my book cover art. I'm blessed to have someone who creates such beautiful work and listens to what I want.

Julie, I like those kind of murderers, too. I guess it's why I'm not crazy about books with psychos, who we know from the beginning are out to murder. Thanks for your praise for my covers.

Shari, I can't wait to see what Kristen comes up with for that cover. It will have poinsettia's, of course. I think my murderers are pretty much like the ones you create. actually, I'm feeling pretty badly about the one victim I've already murdered in the book I'm working on.

Like you, my murderers find me, but often not until after the first draft or two. I've framed a few people in my career...my writing career. Fortunately, the real bad guy will confess to me and then I'll discover exactly why he (or she) made so much sense that I have to shake my head and wonder how I missed it. I don't want my murderers to be unlikable. I want the reader to identify with the murderer too so that nothing is too obvious. All I know for sure at the start of a book is the victim, and the protagonist. Sad, but true.

The murders i my books have a variety of personalities and motives, but they are, in the end, self-centered and feel their wants and needs are more important than what other people want and need. They will stop at nothing to achieve their goals or satisfy their desires.

I agree with the others--your covers are exceptionally attractive!

KM, I think my murderers are actually like your murderers in that they're self-centered. Well maybe not so much in book four. I hope my granddaughter reads these comments about her covers.