I am preparing a presentation for a writer’s conference about editing. I titled it “From Stone to Gemstone: the Editing/Polishing Process.” I like to make my presentations personal, so I’m talking about the many, many (MANY) revisions I did on my literary novel, THE STONE NECKLACE.
When I was working on my MFA, I submitted early sections of this project for critiquing so in preparation for my workshop, I reviewed some of the comments that were sent to me and how they informed my editing.

This one, from a brilliant faculty member, stands out:

“Carla, in my small group comment I wrote:
There’s A Bad (Maybe Fatal) Accident And Many People Are Gravely Affected… This doesn’t strike me, per se, as likely to result in a good novel for reasons we’ve gone into several times during the residency—primarily, lack of story.

I was worried that, as the tension and excitement artificially generated by the accident dissipated, we might feel the story fizzle, might feel that the accident was an insufficient way to link these various lives and stories, and that’s what I’m continuing to worry about in the new submission.  Only it’s gone past worry now.  I feel the story dissipating by centrifugal force as it moves outward, away from the accident.”

I’ll admit to a few days of “I am soooo quitting this MFA program” after I received this, but later, when I was ready to take in his concerns, I knew he was right. 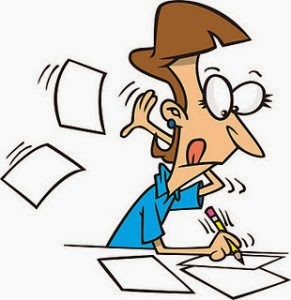 His suggestions to get me where I needed to go were:
“What I feel you have to do is sit down and carve out a story for all these characters.  Remember, there’s a difference between a story and a situation.  Tonya and Becca, in my view, are involved in situations in this material. Stuff is happening to them and around them, but they’re passive reactors/ witnesses/ victims.  You’ve got to activate them.

And I think you also need to answer, for yourself and us, what this novel is about as a whole. What is the story?  What are you trying to say by putting all these lives into the alembic and shaking them up together?  What is the fictional substance you hope to create?”

The hardest thing in accepting this criticism was that I already had a 90,000 word novel.  And what that 90,000 word novel needed WAS more activated characters, which led to my first intensive rewrite. Two major storylines got benched—to give stronger focus to my four main characters, these other ones had to go.  Yep, that hurt. I still miss them.

And, what had been one novel, essentially became four. I had to give each protagonist their own plot, conflict, and resolution.  I had to braid the stories together.  Once I had vetted it with other readers (and incorporated their revisions/edits), I sent it to agents and publishers. This led to more helpful feedback. These comments from the editor who would eventually become my publisher I took to heart:
“The strengths of the manuscript are the richly and realistically rendered characters, each with smartly written dialog and believable motivations and actions in their respective character arcs. Further, the interactions between families (or other groupings, as the case may be) comes across as genuine and heartfelt.” Yes, I LOVED getting this feedback, but then came the areas to strengthen: some found my protagonist prickly and difficult to like. Uh oh. That required some major tweaking. Uneven pacing was another difficulty—a major plot point had to be moved to an earlier spot in the novel. Each of these changes had ripple effects that altered much of what followed.

At times, I was SICK of this frickin’ endless what-do-I-think-I’m-doing project. But other times, I felt a bloom of excitement inside. THE STONE NECKLACE strengthened and deepened with each revision. I knew these characters better than anyone I’d ever written (except my mystery protag Caleb, of course).  And using the braided-stories structure taught me so much about building tension, highlighting subtle changes, and different forms of character growth.

When I lead my presentation on revision, the most important point I hope to make is this: LISTEN to feedback. Don’t be so protective of your work that you can’t accept that it can be improved. Even if you disagree, play with the suggestions and see where it leads you. My novel has come a long way from its first draft, but I have no regrets. And I’ll see it in print in less than a year.

How do you deal with critical feedback?

My first reaction to negative feedback is to curse it. The more I know it to be true, the worse the curses. The curses are really directed at me because deep down, I knew the problem was there but hoped to skate by. Now I can’t, because it isn't right.

After a bit of grieving, I jump into the revisions and make the story stronger. When I have finished rewriting, I profusely thank my critiquer for the valuable comments.

I react like Jim up until the jumping in part. I approach revisions with trepidation because my story, like yours, Carla, is braided. With three main characters, a change in one can change all three, which requires tracking one change throughout the 90,000 word manuscript. It's such a daunting task, I become overwhelmed.

As far as critical comments are concerned, I live and breathe for them since I know I'm too close to be able to view my work objectively. Critical feedback is important.

I often wonder if writers, such as Linda Rodriguez, still need critique partners or beta readers. Do accomplished writers have more acumen in judging their work?

I think we alll need critiquers. Writing is communication. Words on paper is just the first half. How the reader takes in those words is the second part. We have to experiment with readers to know if we communicated what we think we did!

We all need constructive criticism.

I'm much too close to my work to see some of the difficulties. I think a lot of people are.

By now, I know a few of my problems--my writing tends to be sparse, but I want the reader to understand what is happening, so I tend to put in too much back story, especially early. A certain amount is needed, but it has to be spread throughout the book. Even though I know I shouldn't start with a information dump, my first draft almost always does.

And, while I often need to go back to put in details to bring the scene alive, I have to watch overexplaining what my character is doing. Left completely to my own devices, he would wake up, push back the covers, stumble to the bathroom, etc. When we really don't need to know any of that at all.

My critique partners are very good at catching those things early on, but they still creep in at times.

I'm good with critique partners.
Good blog, Carla. I just finished my sixth, seventh, or eighth round of editing of my latest book. I credit my three beta readers with getting it into shape.

Occasionally one will be a little confused by something, but usually we work it out. I make the changes or explain why I chose to write something that way. Mostly I tend to change what any of them suggest. The one problem I have is when there are too many critique partners like the short story critique groups who have so many different ideas about what needs to be changed and only a few agree to the same problem with the story.

Excellent blog, Carla. I wish I could attend your presentation. Will it be on YouTube?

I will remember the good advice you received that there's a difference between a story and a situation.