Character vs. Plot vs. Story by Rick Ollerman 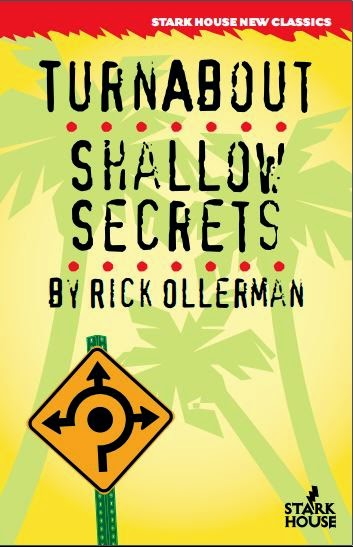 Some years ago at a writers’ conference in my former home state of Florida, a fairly successful veteran author was asked that dreaded (well, I suppose there are more than one) question by someone in the audience: what’s more important, character or plot?

Here it comes, I thought. To me the answer always was—both. If you have a bunch of interesting characters doing nothing, your plot leaves a lot to be desired. If you have a lot of plot—another term that’s open to some definition—let’s call plot those things in a story that show what the characters want and why they’re having trouble getting them, then the action seems to fly by and you don’t really get a feeling for the characters. Do they live or die? You probably don’t care.

But this veteran author, without missing a beat, says, “Character. And I’ll tell you why” (which has always been one of my favorite provocative phrases). Recently there’d been an earthquake in China with hundreds of people killed. It was on the news a bit, it was in the papers a bit, but the vast majority of us went on our way to work or to writers conferences and didn’t give it a second thought. The author pointed this out to us, his audience, and then said, “But if one sonofabitch cuts you off in traffic this morning, that guy will stick with you all day.”

So, poof. The answer is character.

I was pretty impressed that he so brazenly pulled this off, and I thought he made his point quite well. It was unexpected: when he said he’d “tell us why,” I hunched forward in my chair and wondered, how the heck is he going to pull this off? But he still left off any mention of plot as though it were not worth talking about, and without considering plot, you leave out the concept of story. So I think the better question should probably be, in the context of story, which is more important, character or plot? Ultimately, though, it’s really more accurate to say something by framing it using all three terms: character vs. plot vs. story.

Without an earthquake to draw on, the answer is pretty simple and pretty intuitive: it takes all three. To build a good story you need to have characters you care about (either positively or negatively–sometimes if you need something bad to happen to someone by a character who’s “good,” quite often you’d tend to make the victim somewhat unsympathetic to the reader), and they have to be doing things worth doing. They must want something, and there must be obstacles to getting what they want. Or they could just want it and go get it, but that’s an awfully dull sort of story.

So how do we come to this magical mix of the stuff that good books are made of? What comes first, the chicken or the egg or even the nest? Well here, anything is possible, and there’s probably not one certain approach that needs to be followed each and every time out. But I put a lot of emphasis on story; after all, I want the reader to be entertained. The most important, perhaps the only important, question I ask of a reader is this: would you read another book by this same author again?

Try this: start off with a really good, hopefully provocative, “what if” question. Then add another. Maybe even a few more. For my next book, I asked several, and I’ll give you the first couple as examples:

The FBI tells us that stalking is the only sort of predictor we have of murder. What if you knew this, and what if your wife was being stalked? What would you do? Would going to the police make it better (probably not–the stalker would either ignore the sanctions or else follow them assiduously and come back harder) or would it just make your presence known to the police? And if you’re known to the police and you decide that in order to protect your family, you have to take the next step on your own (use imagination here), how can you get away with it?

That’s not enough for a book but enough to start setting the stage for the story by giving me the characters. How? Well, what kind of man knows what the FBI thinks about stalkers? What kind of man could even consider taking “the next step” (again, insert imagination here), and what kind of man could get away with it? After all, nothing happens in a vacuum: His wife’s co-workers must have seen things. She may have shared with her gossip buddies, etc.

I’m left with a cop, but not just any cop. One willing to sacrifice all for the protection of his family.

Now let’s go a step further. To service the story (or at least the setup of the story, or a significant side story), let’s make the wife a parent. The father—her ex, a man who did very bad things and had been sent to federal prison. He gets out, and he’s not happy about his wife leaving him, taking their daughter, and starting life with another man.

Keep it going: let’s say the ex chose the wrong ex to be stalking and threatening. Let’s say the cop, the new husband, the adopted father of the young daughter, does what he believes he has to do, and “takes care of” the situation. We have the effects not only on the cop himself–did he do the right thing, was there a better way to have handled the situation, was this the only way he knew could keep his family safe–but on the wife, who, at the beginning of the book has left him, has taken the daughter and disappeared, leaving behind only a note. “I love you,” she tells him, “and I don’t know what you did, and I don’t want to know what you did, but every time I look at my little girl I think of her biological father and how he is now, what? Just gone? And that you probably had something to do with it.”

I’ll stop. More “what if” questions help define the main character and they lead to the story–and side stories–of the book itself. If I’ve done a good job, I’ve given you characters you can feel something about, I’ve given you a plot that holds your attention, and when I wrap it (and everything else) into a book, I’ve given you a story that hopefully a reader will have trouble putting down. A good book needs all three: character, plot and story.

Rick Ollerman is the author of Turnaround and Shallow Secrets, available in a single volume from Stark House Press. His next book, Truth Always Kills, is due in September from the same publisher. He is also the author of more than a dozen introductory pieces used in other books, as well as several short stories.
Posted by E. B. Davis at 12:00 AM

Indeed a story needs all three. I usually start with the character.

I'm with Warren on this. I want my readers to connect with my characters, and, of course, I add something to make them keep reading.

Best of luck with your book Rick--and no more rolling around on the freeway!

Wonderful article! No matter how much we write, revisiting the puzzle of how to create a novel is an essential exercise that never loses its ability to teach us.

I start every novel with a plot driven event where the protagonist's reaction (I hope) quickly reveals her character.

I am of the character-driven story. Agreed that if nothing happens, there is no story (apologies to much literary fiction). But many best-selling thrillers with terrific plots leave me dissatisfied because they employ flat characters or caricatures. Satisfying plot comes from two (or more) characters who have conflicting goals.

Yes, I'll try to stop rolling Jeeps. On my head. It's expensive and it doesn't really get you where you're trying to go.

I appreciate the responses. Again, my point is that all three elements need to be present to get you a great book. How you get there is up to you; characters first, plot situation first, type random words on the keyboard.

I wrote about how I like to do it, which gives me the bonus of not falling too much in love with my characters. I don't think I want that. I want to be able to dislike them sometimes, or at least strongly disagree with them.

But again, I appreciate the comments.