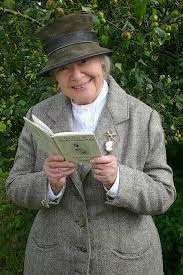 Who hasn’t heard of Peter Rabbit or other small animals Beatrix Potter wrote about and illustrated so beautifully? That’s why when I heard on NPR a few weeks ago that she’d been turned down by publishers numerous times and ended up publishing The Tale of Peter Rabbit herself in 1901, I wanted to learn more about her. 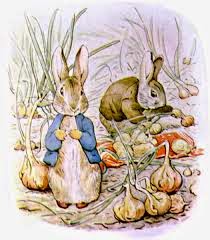 A year after she self-published that little book and it was creating interest, Frederick Warne & Co. published it as a small three-color illustrated book. Over her lifetime, she published over twenty-three books; like Jemima Puddle-Duck, Benjamin Bunny, The Tale of Mrs. Tittlemouse, The Tale of Flopsy Bunnies, The Tale of Squirrel Nutkin, and others.

Potter was born into a wealthy family. Along with her younger brother Walter Bertram, she had few friends beyond a large extended family. Her parents were artistic, interested in nature and enjoyed the countryside.  As children, Beatrix and Bertram had numerous small animals as pets which they observed closely and drew endlessly. She was educated by private governesses until she was eighteen, studying languages, literature, science and history. She had private art lessons and illustrated small animals, insects, fossils, archaeological artifacts. 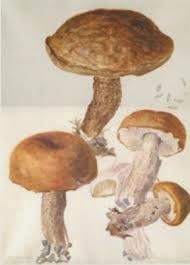 But Beatrix Potter was much more than just a writer and illustrator of children’s books. She was a natural scientist, who was interested in every branch of natural science except astronomy. Botany was a passion of hers. She also collected fossils, archeological artefacts from London excavations and had an interest in entomology. In the 1890’s she did extensive research into the reproduction of fungus spores and illustrated her research. Because she was a female and an amateur, she could not present her paper On the Germination of the Spores of the Agaricineae, to the Linnean Society in 1897. Instead it was introduced by George Massee, a botanist at Kew Gardens who submitted it for her.

In 1905 she became unofficially engaged to her editor Norman Warne, even though her parents disapproved, but suddenly a month later he died of leukemia. 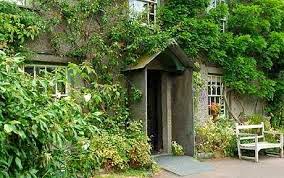 That same year, with the proceeds from the sale of her books and a legacy from an aunt, she bought Hill Top Farm in Near Sawrey, a tiny village, then in Lancashire, the English Lake District near Windermere. Over the following decades, she purchased additional farms to preserve the unique hill country landscape. She kept on the tenant farmer John Cannon and his family to manage the farm and the raising of livestock, including pigs, cows, chickens and sheep.

Soon after acquiring Hill Top Farm, she became keenly interested in the breeding and raising of Herdwick sheep, the indigenous fell sheep. She eventually became one of the major Herdwick sheep farmers in the area. She was admired by farm managers and shepherds for her willingness to experiment with the latest remedies for sheep illnesses and for her employment of the best shepherds, sheep breeders and farm managers. 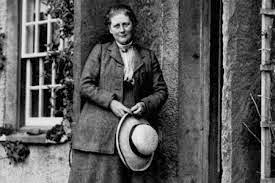 Owning and managing these farms, additional farms, and land she bought, required collaboration with the widely respected William Heelis of W.H. Heelis & Son, a local firm of solicitors with nearby offices. In 1912, Heelis proposed marriage and Beatrix accepted, although she did not immediately tell her parents, who again disapproved because he was only a country solicitor. They were married on October 15, 1913 in London and moved immediately to Near Sawrey. She was forty-seven years old and now her own woman. She was a strong disciple of the land conservation and preservation ideals of her long-time friend and mentor, Canon Hardwicke Rawnsley, founding member of the National Trust for Places of Historic Interest or Natural Beauty.  She restored and preserved the farms she bought or managed making sure that each farm house had in it a piece of antique Lakeland furniture. 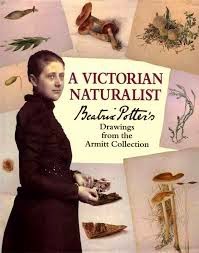 Although Potter continued to write stories and to draw, mostly for her own pleasure, in the 1920’s she wrote The Fairy Caravan, a semi-autobiographical fanciful tale set in her beloved Troutbeck Fells. It was published only in the U.S. during her lifetime and not until 1952 in the UK.And she wrote Sister Anne, Potter’s version of the story of Bluebeard, written for her American readers, but illustrated by Katharine Sturges. A final folktale Wag by Wall was published posthumously by The Horn Book in 1944

Beatrix Potter and William Heelis enjoyed a happy marriage of thirty years continuing their farming and preservation efforts throughout the hard days of WWII. Although they never had children, she played an important role in his large family, and enjoyed her relationship with several nieces in particular. 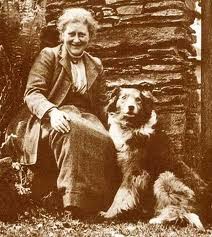 Beatrix Potter died of complications from pneumonia and heart disease December 22, 1943 at Castle Cottage. She left nearly all her property to the National Trust. Her husband continued his stewardship of their properties and of her literary and artistic work for the eighteen months he survived her. When he died in August, 1945, he left the remainder to the National Trust.

I’m so glad I heard that little blurb about Beatrix Potter that morning on NPR. Although I’ve always admired her little books, I had no idea what an amazing person she was – much more so than what little I had room to write here. 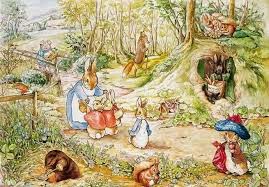 What is your favorite Beatrix Potter book?

Email ThisBlogThis!Share to TwitterShare to FacebookShare to Pinterest
Labels: an early self-published writer

I enjoyed Peter Cottontail and his friends when my grandmother read it to me. I had a good time reading it to my kids. I didn't read any of her other stories (or have forgotten them if I did.)


Jim, I read that story to my children and my grandchildren, too, but only a few of the other books. When I have a baby shower to attend, I almost always include a book with the gift and often it is a Beatrix Potter book.

Squirrel Nutkin. I might have spelled that wrong. There was a good movie about her life not too long ago. Susan Wittig Albert has written a charming series based on her work.

Warren, it's spelled right. I just heard from someone about Susan Wittig Albert's series. I'll have to check that out. - So many books I want to read, and so little time to read them all.

My daughter loved The Tale of Mrs. Tiggy Winkle. I think mainly because it was fun to say Tiggy Winkle! Beatrix Potter was such an interesting person - thank you, Gloria - great post.

Her defiance of the norm is what I admire. Love her story.
Patg

Beatrix Potter wrote enchanting stories! One of my favorites is about a hedgehog washerwoman titled The Tale of Mrs. Twiggy-Winkle.


Shari and Kara, that's two people now who loved The Tale of Mrs. Twiggy-Winkle. I'll have to buy that book for my own entertainment since I don't remember that story.

Pat, I had no idea what an amazing woman she was until I did some research on her. I may sometime get one of the biographies written about her. I think it would be fascinating.

My little sister read the books at the library, I was older and thought they were only for "little kids" but I was mesmerized by the art work. Just loved the soft colors and lifelike animals. Laura Byrnes

I didn't read Beatrix Potter much as a child. What I did read were Susan Albert Wittig's Beatrix Potter mystery series books. They were adorable. But Susan based the books on Beatrix's read life--so I learn a lot about Beatrix. She bore up well under the most dreadful circumstances. I know the times and her position in society dictated, but I still think her parents were cruel.

I was delighted to find small chocolate rabbits for Easter that were copies of the artwork in the books. Peter, Flopsy, Mopsy and Cottontail.

My kids loved the tiny books. I remember them reading the books to their dolls. One summer, after one of them had read the Diary of Anne Frank and gone on to read more about WWII, they established a French orphanage for their dolls, and read Beatrix Potter books to them every night before putting them to bed.

I was fortunate to find an illustration for Cinderella in GB by Beatrix Potter. It is a prized possession because it is not one of her animal ones. My favorite biology hers is "Jemima Puddleduck " with her great clothing and name.

biology was supposed to be book of...Stupid auto -spelling!


Laura, the art work is exquisite. So lovely.

E.B. I don't remember reading them as a child, either. I came to them when I had children of my own. Her parents were cruel in that they didn't approve of either of the men she loved.

KM, what a delightful memory. Your children were quite special, weren't they.