An Interview with the 2014 Agatha Best First Novel Nominees

Annette Dashofy, Sherry Harris, Susan O’Brien, Terrie Farley Moran, and Tracy Weber are all experienced writers who are enjoying having their debut novels celebrated this year at Malice Domestic. We are so pleased to welcome them to WRITERS WHO KILL to answer a couple of questions about their work. Thanks so much to Annette, Sherry, Susan, Terrie, and Tracy and best wishes.

Is your nominated novel the first novel you’ve written?

ANNETTE:
No. I’ve been writing “novels” since high school, although nothing I’d want anyone to read. But I’ve also written three unpublished novels since 2004. One is AWFUL and will never see the light of day again. I had two different agents for the other two, but they never sold.

SHERRY:
I have two and a half books in the proverbial drawer. I started writing them in the late 90’s. The series is set in Seattle and the protagonist is a gemologist. Who knows maybe someday they will sell! 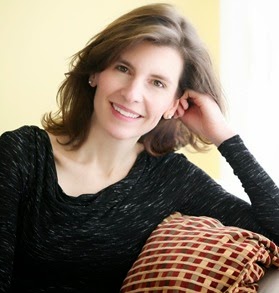 SUSAN:
Yes, Finding Sky is the first novel I’ve completed. But I’ve been writing—and not finishing—novels since elementary school! 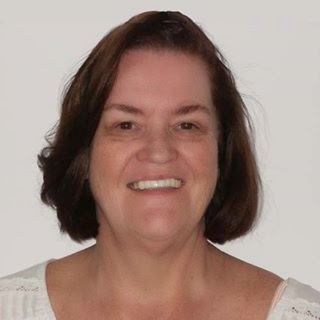 Well Read, Then Dead is my first published novel. However, the first novel I wrote is called Driven to Death, a cozy that remains unpublished. I also have written more than a dozen published short stories, two of which have been shortlisted for Best American Mystery Stories, one in 2009 and one in 2012. So, prior to Well Read, Then Dead which was published in 2014, I did have experience writing mystery fiction of varying lengths. 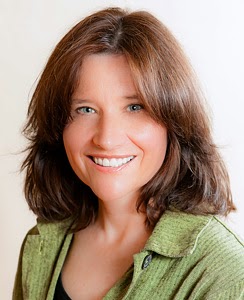 TRACY:
Yes, and I feel so incredibly lucky. Lots of writers with as much (probably more, to be honest) talent than me are still waiting for a publisher to take a chance on their work. The whole process of deciding to write, penning the novel, finding an agent, and getting published went pretty fast for me.

Are you a plotter, a pantser, or a combination?

ANNETTE:
I call myself a “hybrid.” I plot out the main turning points of the story, and try to work out a roadmap of sorts, but generally, the stories always take on a life of their own. I do know at the start who the killer is and what his motivation is.

SHERRY:
I am a pantser that has been forced to become a plotter—sort of. I wrote my first two and a half books (unpublished) only knowing who was murdered and who the murderer was. Then I had to write a seven page synopsis for the first book in the Sarah Winston Garage Sale Mysteries. I stuck fairly close to it when I wrote Tagged for Death. I also turned in a proposal before I started the next two books. I confess I kind of like doing the synopsis which is a big switch for me.

SUSAN:
With my first mystery, Finding Sky, I plotted a little and “pantsed” a lot. I was too nervous to do that with book two, so I wrote a six-page summary (longhand and messy). I’m not sure what I’ll do for book three. No matter what, I won’t plan every scene. I need some “mystery” in the writing process!

TERRIE:
I confess that I do have a fantasy in which I spontaneously become a plotter. One day I will sit down and studiously write a detailed outline of a novel. With the outline in hand I will proceed to write the GREATEST NOVEL EVER WRITTEN in half the time it usually takes me to finish a book. Then I will lean back in my chair and say, “Ah ha! That’s how it is done.” Fantasy notwithstanding, I am a confirmed pantser and I don’t expect that to change any time soon.

TRACY:
I’m a combination. I write my first drafts free-style, and allow my characters to tell me what they are going to do next. Besides, who has time to outline when you’ve got characters like Kate, Rene, and Bella harassing you to hurry up and write them? While I write the second draft, I outline what I’ve already written, identify plot holes and double check for inconsistencies, both within the book and in the books that preceded it. I try to fix those in the third draft. After that, it’s only 27 more drafts until the finished product!

Which comes first, character or plot?

ANNETTE:
For me, it's always the characters first. I might have an inkling of an idea for a plot, but I can't develop it until the characters are fleshed out.

SHERRY:
Character definitely comes first for me but plot is right there too. I think they must be holding hands. When I read I want to root for the characters and fall in love with them. I want to do the same thing when I write. At the same time I want to go on exciting journey—one that takes me away from my regular life and that’s what a good plot does for me.

SUSAN:
If I had to pick one, I’d say character. As a reader, I like characters who are as intriguing as their storylines. This is especially true if I’m trying a new series. When I created my protagonist Nicki Valentine, I hoped she would be unique, yet relatable—someone with whom readers would want to spend time on many adventures.

For me character always comes first. Once I know the people then it is easier for me to figure out what they are going to do. This “character first” premise only got me into trouble once. I was writing a short story for submission to an MWA anthology. My protagonist was an Irish banshee who lived in New York City and set out to resolve the murder of a member of the family for whom she keened. I so loved her and the other characters who came on board that within a few weeks I realized I was writing a novel, not a short story so, just in the nick of time, I scrapped the project, started over and today you can read “The Awareness” in Crimes by Moonlight, Charlaine Harris, Editor.

TRACY:
Character, character, character. But then again, according to the yoga teachings, our character is defined by the actions we take and our reactions to the world around us, and isn’t that plot? This question makes my head spin. ;-)

Paula, thanks so much for having us all here. This was fun!

Excellent interview. Love hearing about the inside workings of other authors!

What fun to read an interview of so many excellent writers at one time.

I am so happy to be here to visit with you all. Thanks, Paula, for inviting us!

Thanks for the interviews, Paula. It was enlightening to read each one's answers. Also, I'll have more books to buy at Malice written by these authors.

Annette, Sherry, Susan, Terrie, and Tracy, I am enjoying reading your books so much. Thanks for this interview and for all the joy you bring through your writing.

Thanks, Paula, Gloria, Warren, and Edith! I think it's safe to say we're all really enjoying this ride!

It's so fun to read everyone's answers! Thanks Paula and the rest of the Writers Who Kill for having us today.

Great interviews! I enjoyed hearing from all these wonderful new novelists!

Thanks, Paula and Writers Who Kill, for the fun conversation! And thank you, Edith, Warren, Gloria, and KM for joining us! Looking forward to seeing everyone at Malice!

Thanks, everyone, for a very lively, interesting interview!

Thank you, Paula, for hosting us all here today. And thanks to everyone who is encouraging us and reading our work. This nomination has been SOOOOOO much fun. Everyone who's going to be at Malice, please promise you'll stop me and say hi!

Terrific interview! I enjoyed learning more about these talented authors.

Thanks, everyone. And by all means, if you're going to Malice and see me there, stop me and say hello!

Hi everyone - So much fun to learn a bit about your writing journeys and processes. Looking forward to meeting you all at Malice.

Thanks, Shari and Kara! Like Annette said, if you see me at Malice, please stop me!

Thanks all. And I can't wait to see everyone at Malice.

Enjoyed getting a little more "feel" for these writers, especially Tracy Weber. I love that characters is the driving force for all of them since it is character that makes a book for me. Maybe that is one of the reasons they have been nominated! Thank you all for letting get a little peek into your process.

Why thank you, Billie! You just made my day!

Thank you, B.K., Kara, Shari, and Billie! Hope to see you all at Malice!