College Crimes On and Off Campus

One of my social media followers is involved with the website Online Colleges. This is not as strange as it sounds because my mystery series—Every Last Secret, Every Broken Trust, Every Hidden Fear, and Every Family Doubt (currently in progress)—is set on a college campus with a campus police chief, Skeet Bannion, as the protagonist. Anyway, this follower wanted to alert me to their post, “The 10 Most Shocking College Crimes of All Time.” She thought, rightly, that I’d be interested. You can find it here.

The crew at Online Colleges has done a good job in sorting through the crimes on college campuses, but I’m not sure I agree with all their selections. I think there are a couple of more shocking crimes that I’d substitute for some on their list. You’ll find these shocking enough, though, I’m sure. 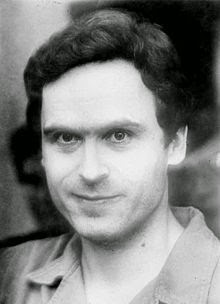 One place where they really went right was in including Ted Bundy on the list, even though the bulk of his crimes took place off-campus. Most of Bundy’s killings were never included in any campus crime report because they didn’t happen on campus, but he cruised campuses to pick out his victims and make contact with them. Bundy, like other sexual predators, looked on campuses the way a weasel might look on a hen house, as a convenient larder happily stocked with his favorite prey.

This is a problem that haunts the nightmares of campus police and others responsible for controlling crime on campus—the concentration of nubile young people of all genders, newly independent of parental control and anxious to assert that independence in every way they can. It too often leads to heavy drinking, date rape, and more violent forms of sexual assault among students. It also makes easy pickings for sexual predators.

Campuses have to walk a fine line between going overboard with warnings to the point that students no longer listen—if they ever did in the first place—and being so laissez-faire that students are unaware of any dangers. And ultimately, when students leave the campus, the campus police can no longer protect them. They have no jurisdiction off campus.

With the exception of a few episodes that hit the media big-time, such as the Sandusky affair at Penn State or the Virginia Tech shootings, most people are unaware of crime on college campuses, but it’s been going on for a long time and is only likely to continue. Especially the campus crimes that don’t happen on campus itself but started there, like Bundy’s.

University administrators are notoriously averse to making public any wrongdoing on their campuses. They compete for students and know that, given the choice between a safe campus and one where students are victims of violence, the student and her/his parents will almost always make the choice of safety. 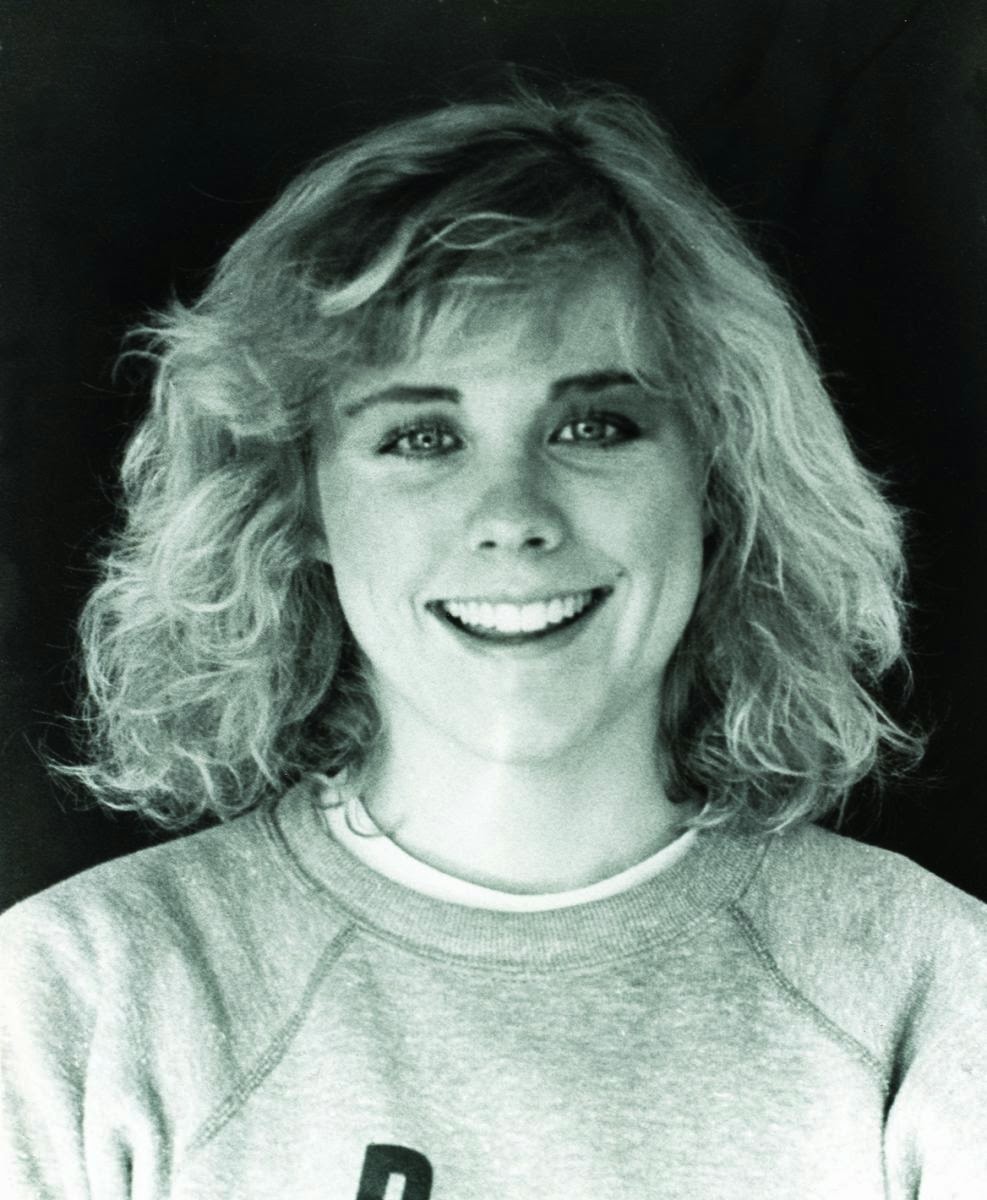 Because of this tendency, Congress—they do occasionally do something sensible—passed a law in 1990 called the Jeanne Clery Disclosure of Campus Security Policy and Campus Crime Statistics Act requiring all colleges and universities that participate in federal financial aid programs to keep and disclose information about crime on and near their campuses. Every year, each campus must make available a detailed report on campus safety and crime to students, parents, the media, and the general public. (If you’re looking at colleges for your kids, this report for each school should be your starting place.)

The Clery Act came about after Jeanne Clery, a nineteen-year-old freshman at Lehigh University, was raped, sodomized, tortured, and killed by a male student she had never met in her dorm room on a campus that had kept secret 38 violent crimes occurring in the three years before her murder. Because of the work of her grief-stricken parents and others, the Clery Act requires all universities and colleges to report all crimes that take place on their campuses, even if the cases do not go to prosecution.

For this reason, some colleges will show more crime in their reports than the FBI will in their report for that campus. (Hint to parents—that’s usually a good sign of a campus that takes the Clery Act seriously and has infrastructure in place to deal with crime and to provide support for victims.) If the Department of Education, which administers the Clery Act, finds that a campus is not complying with the requirements of the Act, it can fine the campus or—the ultimate punishment, never yet used—pull all that university’s federal financial aid. In 2008, Eastern Michigan University was fined the largest amount ever, $357,500, for failing to warn the campus community about a rapist/murderer on the loose and for failing to report (even to her parents) the rape and murder in her dorm room of student, Laura Dickinson, in 2004.

The growth of independent campus police forces, whose officers have all gone to police academy and are commissioned police officers (often recruited from municipal police forces), is a major reason crime has been going down on campuses which have taken the Clery Act seriously. As an example, according to Security on Campus, the watchdog nonprofit founded by Jeanne Clery’s parents, a campus crime awareness program established in the late 1980s by the University of Washington Police Department reduced violent crime by more than 50% on that campus by 1990.

Chancellors/presidents and other top administrators of universities can put heavy pressure on campus police chiefs, of course—just as mayors/city managers and city council members can do with their police chiefs in cities and towns all over the country. Along the way, some cave in to that pressure in cities and on campuses, but if you examine records of cases that have reaped Clery Act fines in the past, you usually find that administrators have gone out of their way to keep the campus police in the dark like everyone else.

Most folks are unaware that there are thousands of assaults and other crimes, including murders, every year on college campuses, which may be as large as small cities. Every year or two, some highly publicized event brings a momentary spotlight to this situation before fading away from public view. I hope that, once that spotlight has faded, people won’t forget the need to inform themselves about campus crime stats and policies and to hold university administrators accountable for reporting crimes and making campuses safer for all those who live, work, or visit there.

What do you think? Are campuses too lax? Or do they go overboard with the warnings? Is there ultimately any way in a free society to protect students, faculty, and staff against the kinds of crimes in the "10 Most Shocking College Crimes" list—the sexual predators and the arbitrary shooters of many?

College can be a very volatile places, for all the reasons you describe. It's a reflection of society, where sexual crime often goes unreported (although when it is reported, there's often an unthinking reaction--people on the sex offenders registry for public urination, for instance) and authorities tend to underplay situations that put their institution in a bad light. This isn't exclusive to campuses, although in schools, there is an extra layer of often ill-prepared authority that is more inclined to want to sweep sitauations under the rug. A high school in Pennsyvlania where an assistant principal was seducing a student comes to mind. The focus of the school's investigation was an attempt to uncover who was spreading the rumors of the affair, not dealing with the wrong doing by an authority figure in the school.
Group thinking and peer pressure are particularly common in this age group. It's hard to get students to accept responsibility for themselves and their actions. While certainly not a cure-all, that would help.

Good blog, but chilling blog, Linda. I do keep up with the news - what is reported - so I'm not really shocked by what you reported. I'm only happy that my granddaughter and her boyfriend, both honor students in high school, decided to go to a local branch of Kent State University to pursue their degrees while living at home and continuing to work at the part time jobs they have. Not only is it cheaper for them, but they'll be safer, too.

I really enjoyed your books and those of Frankie Y. Bailey, who also writes college campus mysteries with her protagonist, a criminal justice professor, having a boyfriend, who is the head of the campus police department.

Good blog. In many campuses it appears that athletes who break the rules have an extra layer of immunity not available to other groups of students. There are reports of campus police discouraging students from reporting sex abuse including rape when the alleged perp is a star athlete. Breaking rules does not prevent other universities from accepting athletes who have been expelled for their actions.

Sometimes--the parents are at fault. In the VA Tech incident, the shooter had a history psychological disturbance. Due to Federal privacy laws, his history was not disclosed to the school administrators until two years before the shootings when he stalked a female student. He was then given treatment that proved ineffectual. Trying to balance individual rights against protecting the populace is difficult.

One thing I do know about VA Tech (and many state schools)--there's a philosophy of work hard/play hard that leads to binge drinking. It's a volatile situation that is out of control. Students at football games are out of control.

I agree with Gloria--this is chilling. Campuses don't want bad press, but shouldn't put students in danger. Campus shootings are happening at an alarming pace, and I attribute that, in part, to a lack of psychiatric care. Campus counseling centers are poorly equipped to handle those with serious mental illnesses.

I agree with Gloria--this is chilling. Campuses don't want bad press, but shouldn't put students in danger. Campus shootings are happening at an alarming pace, and I attribute that, in part, to a lack of psychiatric care. Campus counseling centers are poorly equipped to handle those with serious mental illnesses.

Linda, thank you for an eye opening report. I know that when we were looking at schools, I never even thought to check into the crimes taking place on campus. We think of the college years and campuses as idyllic, but they're really a microcosm of society and all the pressures, social conditioning, and other factors that affect us all.
And even in Eden, there was a snake.

Great blog, Linda. As someone who lives in a college town and whose professor works in marketing for said college, I know there's a lot in play. I think schools do what they can, but, as Shari says, there's always a snake. And nobody wants that snake on campus.

Thank you for this good and sobering blog, Linda. Since my niece is going away to college next month, I searched for crime stats at her new campus. I was relieved to find that they provided a detailed breakdown of crimes (sexual assaults, burglary, hate crimes etc.) on and off campus and that the totals were low. In comparison, stats for my old college were difficult to read and I felt they weren't comprehensive.